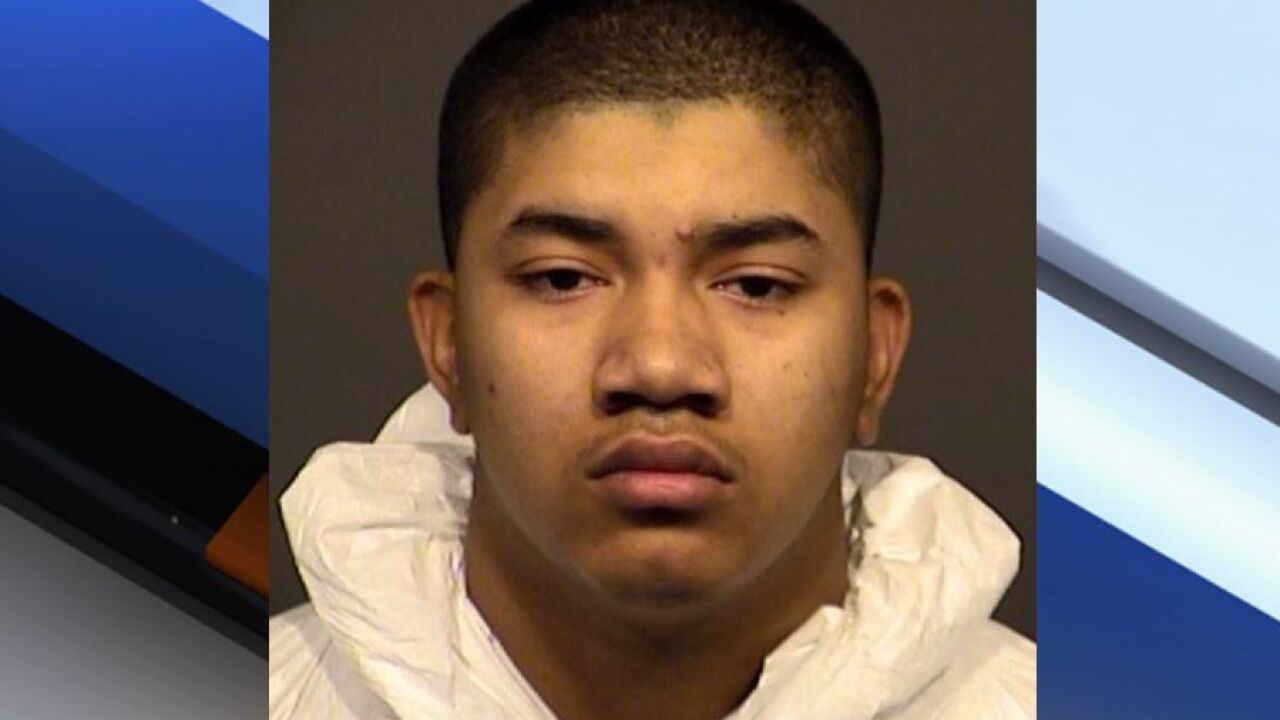 MESA, AZ — A man has been arrested for pulling out a gun and sexually assaulting a massage therapist in Mesa.

Officers were called to the Relaxing Massage near University Drive and Lindsey Road on Sunday for reports of a sexual assault.

Once at the scene, officers learned that 19-year-old Gilbert Lerma had gone to the business for a massage. While alone with the massage therapist, Lerma reportedly pulled out a gun and threatened the therapist. Police say Lerma began to sexually assault the victim, causing the woman to scream, as a witness walked into the room.

Lerma attempted to flee but left his car keys in the business. Lerma then called 911 to report that he was a victim of theft from the business.

Responding officers quickly assessed that Lerma's story was not adding up and located his handgun, which had been thrown in a nearby trash can. Police say Lerma was arrested and interviewed, and eventually admitted to the crime.

During their investigation, detectives learned that Lerma was connected to two other similar past crimes.

Police say one incident occurred on July 4 at the Asian Star Massage located near Country Club Drive and Rio Salado Parkway. In that case, police say Lerma had a gun in his possession while sexually assaulting a victim, then stole money from the business. Detectives interviewed Lerma then, and he admitted to being involved.

The third incident, police say, occurred on February 5 when Lerma approached a woman at a bus stop near Horne and Southern Avenue with a handgun. He allegedly used the gun to coerce the woman into his vehicle and drove to an area near his home in Mesa. During the drive, Lerma reportedly sexually abused the victim, and when he arrived at his residence, told the woman to go inside his house.

The woman refused and ran to a neighbor and asked for help. Officers responded and interviewed the victim.

Lerma was contacted and told officers the woman had willingly got into his vehicle and asked for a ride. Lerma claimed the woman was flirting with him and that there was consensual sexual contact in his vehicle. Lerma told police he had stopped at his home to change, and while there, the woman stole money from his wallet and tried to run away. Lerma said he chased the woman, causing her to run to a neighbor and call the police.

The investigating detective was unable to locate any surveillance footage, or any supporting evidence to prove or disprove the allegation at the time, and the case was inactivated for the time being.