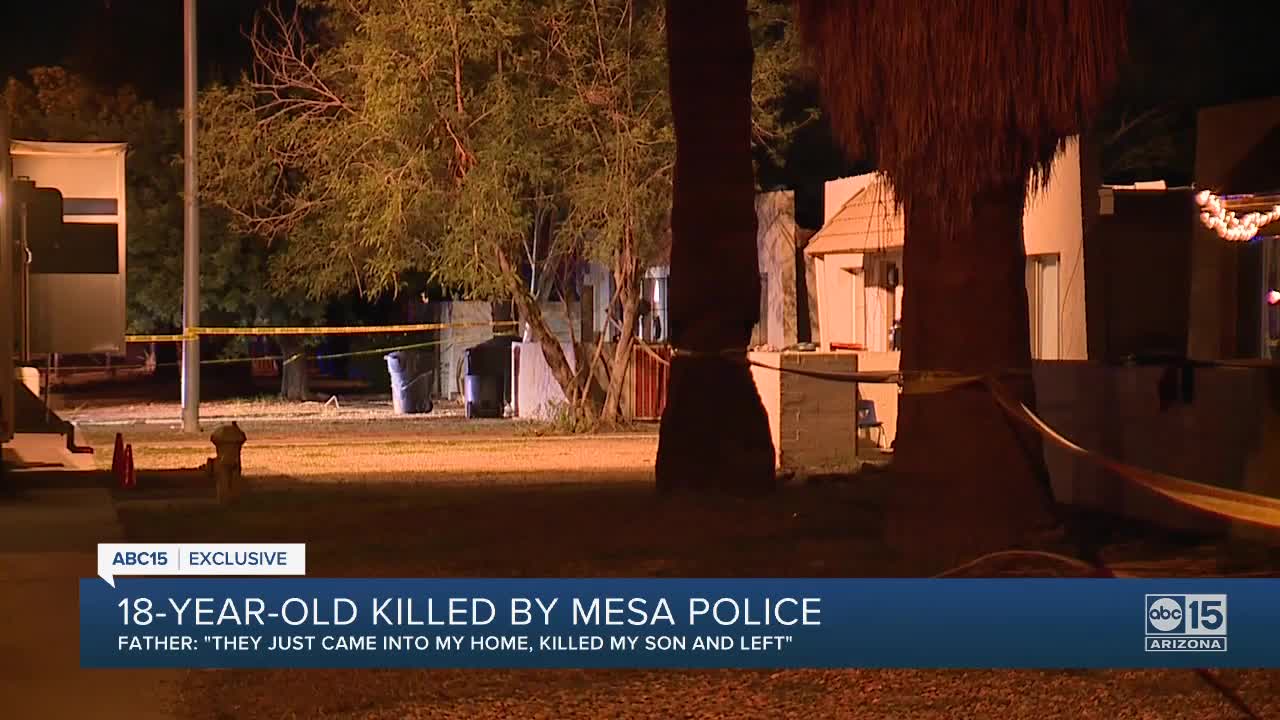 Monday, Niel Chiago Sr. spoke to ABC15 after attending a Mesa City council meeting, where several men spoke out against the shooting that took the life of his 18 year old son last month.

MESA, AZ — Mesa police say a suspect was shot by officers during a family fight incident in early December.

Officers were called to a home near Gilbert and Broadway roads around 3 a.m. on December 2 when a woman called to say her brother was going to shoot her father.

Monday, Niel Chiago Sr. spoke to ABC15 after attending a Mesa City council meeting, where several men spoke out against the shooting that took the life of his 18-year-old son last month.

Chiago says he and his family were inside their Mesa home, when his son suddenly got angry, but he says Chiago Jr. never said why. Shortly after that, police arrived.

The younger brother was able to exit the home. Officers made contact with the suspect via telephone and learned he was holding his father hostage in the home and refusing to put his gun down.

"I was talking to him, getting him to start to calm down," added Chiago Sr. "An officer called him on his phone and he got more upset with whatever they were saying to him.”

More than one month after the death of his son, Chiago says he was never held against his will, despite what Mesa Police say he told them the morning of the incident.

"He came out of the home and confirmed yeah he wasn't letting me out and he has a shotgun and is loading it," said Nikolas Rasheta, spokesperson for the Mesa Police Department on December 2nd.

Chiago says no one with the Mesa Police department has contacted him since the incident, and questions why officers used lethal force before attempting other measures.

“ I don’t want to see another family having to deal with this," added Chiago. “ I believe they have other training, procedures that they can and could’ve done other than just shooting him in the head."