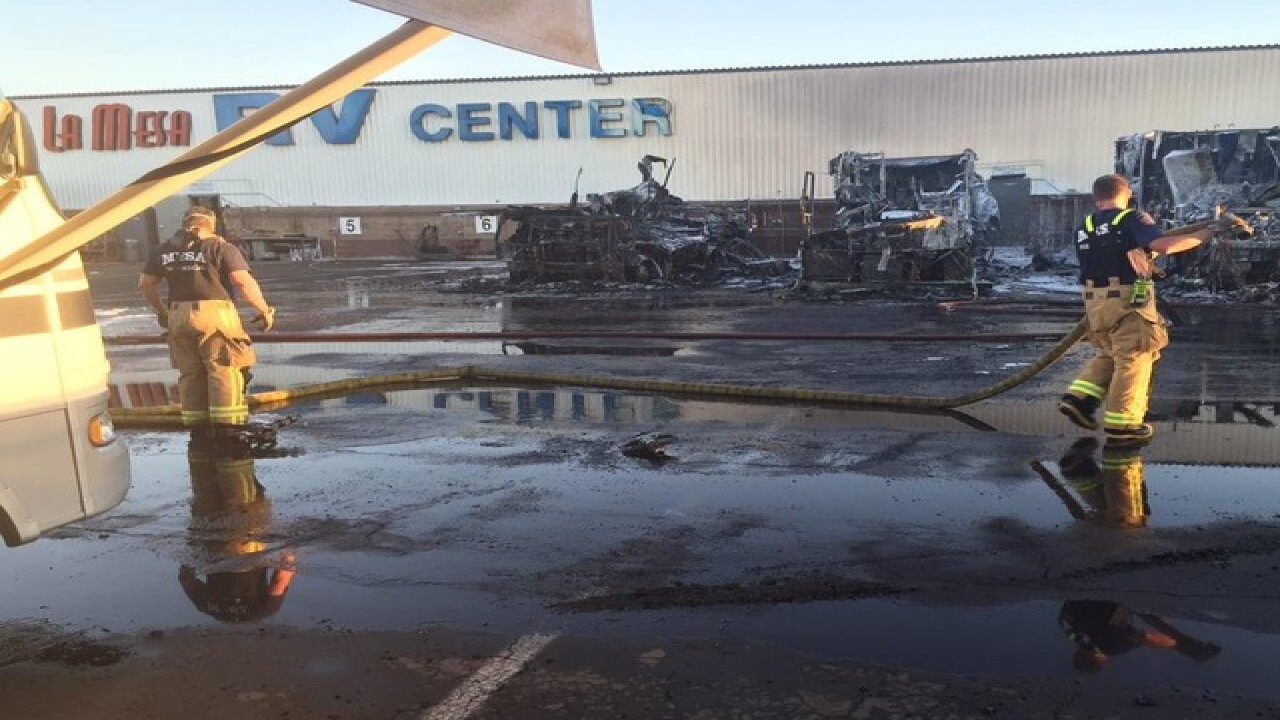 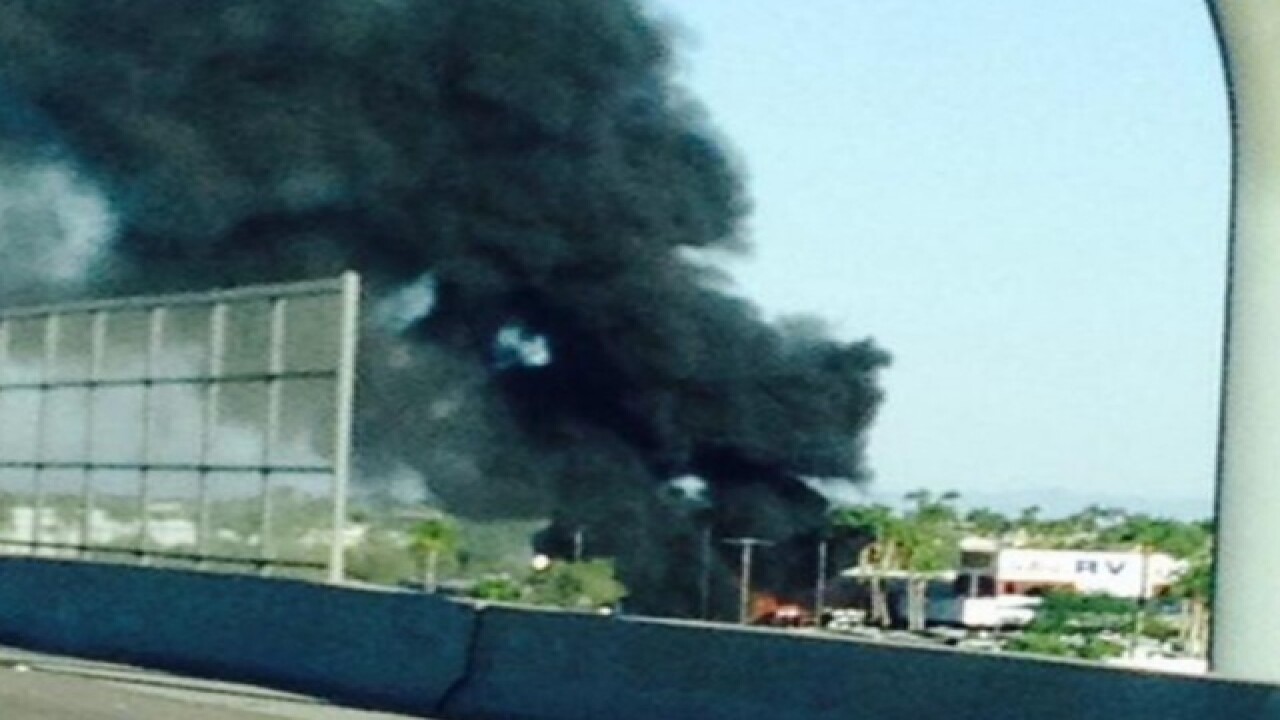 A man was transported to the hospital with 2nd and 3rd degree burns after a fire at La Mesa RV Friday evening.

The blaze broke out around 5 p.m. at the facility near Mesa Drive and the US 60.

Air15 video showed at least four RVs that had been destroyed by the flames. Video also showed multiple firefighters spraying down vehicles with water to extinguish the blaze.

The blaze gutted four RVs, but did not spread to the building that houses the business.

About 25-30 firefighters from Tempe and Mesa worked to get control of the blaze.

The victim works as a technician at the facility, according to Bob Upton, a senior vice president of the company.

The victim noticed an RV's propane tank was leaking just before the fire started, Upton said.

After being burned, the victim ran through the business; rescuers later took him to the Arizona Burn Center, Upton said.

The propane tanks on board the RVs did not explode; the units' furnishings and plastic parts led to the heavy black smoke that could be seen for miles, a fire captain said.

The cause of the fire is still under investigation, though Upton said it was accidental.

More from RV fire: company mgr says it was accidental, no cause yet, employee who was burned found a propane leak. pic.twitter.com/aNdIV3HLDd

As of Saturday morning, there is no word on the victim's condition.