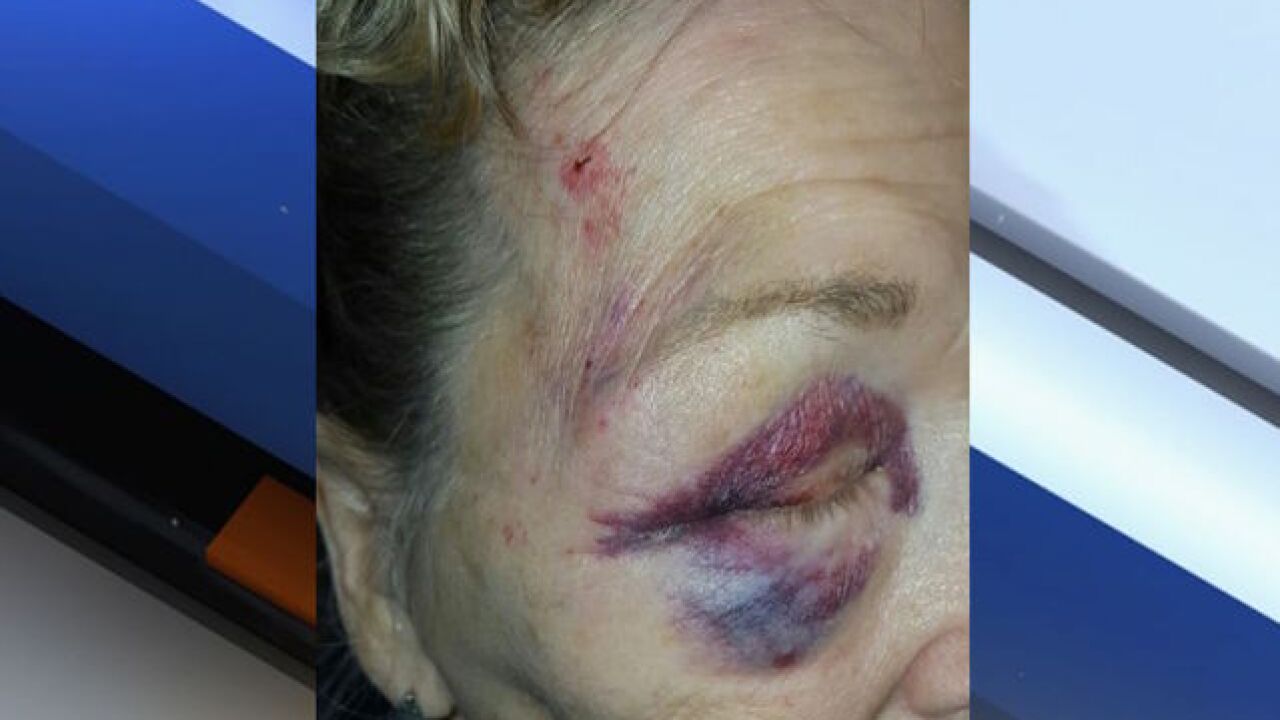 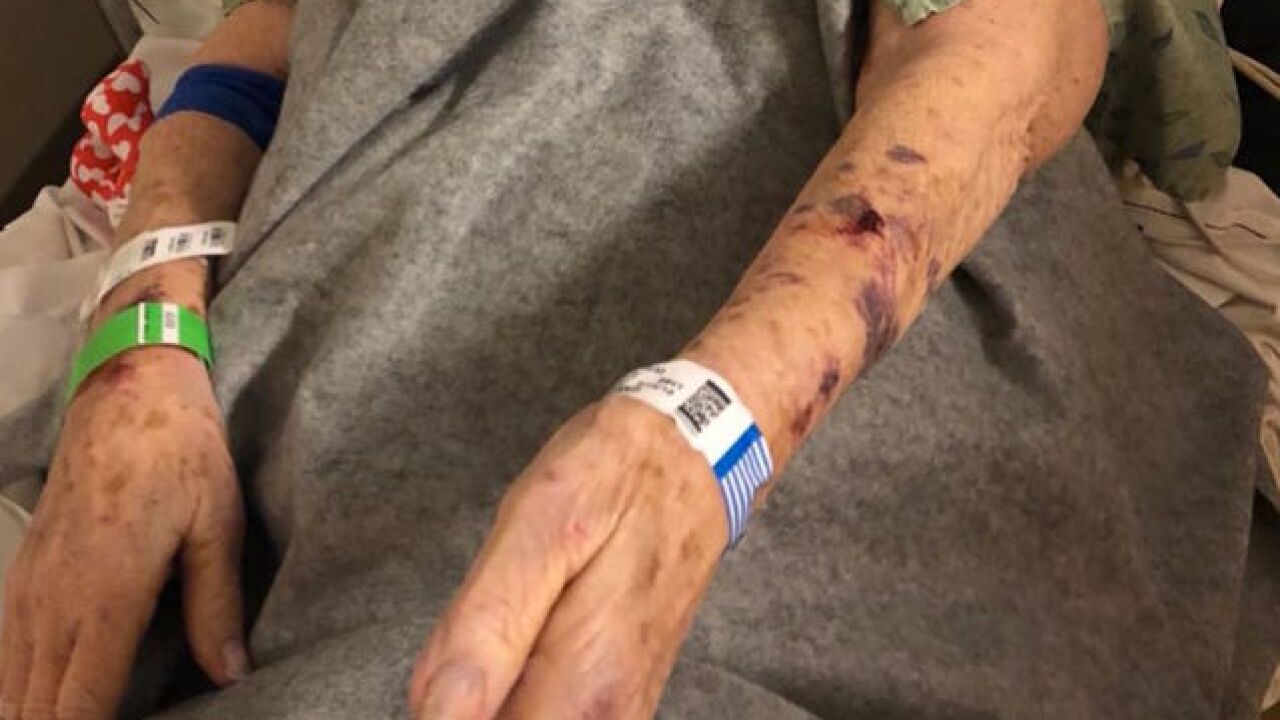 A Valley family is alleging police brutality after they say their grandmother was assaulted and left bloodied and bruised after an incident with Mesa police officers.

"I've talked to police out in front of my house for 30 years but there was never anybody who has behaved like this," said Virginia, the woman injured in the incident. She spoke on the condition her last name not be used.

A family member says they contacted police on February 14th for a welfare check on a relative near McKellips and Gilbert roads.

However, Mesa police officials say their officers responded to an emergency call for a suicidal man sitting in a car with a gun in front of a house.

Police say when officers arrived on the scene, they saw a man matching the description get out of a car and head into a residence.

When officers called for the man to come back out, an elderly woman came to the door and stepped outside. Police say the woman responded to the officer's commands and walked towards them.

Officers said the woman appeared confused and tried to return to the residence after she reached the officers.

According to Mesa police, officers used force to keep the woman out of harm's way during the potentially dangerous situation, resulting in her injuries.

Officers called for medical attention, and the woman was taken to a hospital. Pictures shared by family members showed the grandmother suffered cuts and bruises to her arms and face.

"This shouldn't happen, there should never be any reason for an 84-year-old grandmother, who just had her fourth stroke in December, to be put on the ground like that," Ashlee Hahn, Virginia's granddaughter said.

The man police observed earlier was found, and was taken for evaluation after a BB gun was found inside the home, police say.

Mesa police are conducting an internal review to determine if the officers involved acted with professional standards and training.