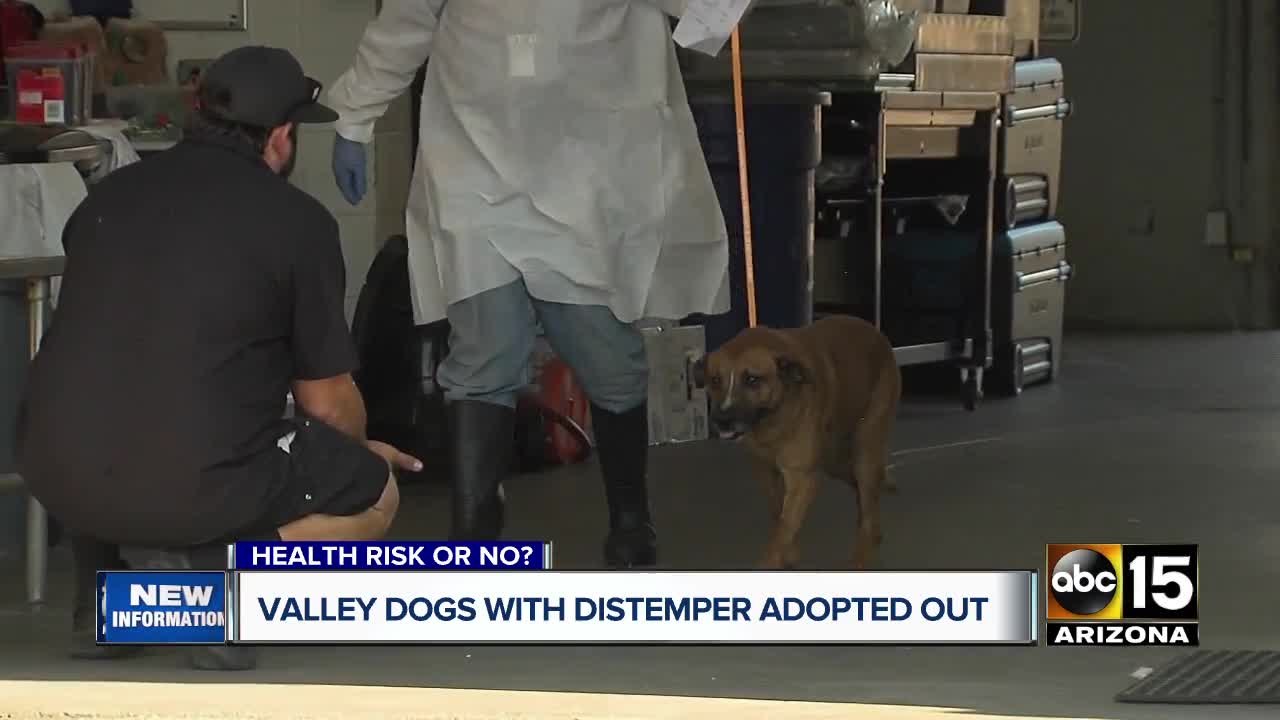 Maricopa County's east shelter has been under quarantine for three weeks as staff try to end a distemper outbreak that has led to 55 dogs being put down. MESA, AZ — The generosity of Arizonans helped save nearly one dozen dogs who needed to be adopted Thursday or face euthanasia at Maricopa County's east shelter.

The dogs have all tested positive for distemper, a highly contagious infection that can cause severe illness or death, and which has resulted in the facility's quarantine for the past three weeks. Fifty-five dogs have already been euthanized as the county tries to get control of the disease.

"They were going to keep spreading the virus, there was the potential to infect even more dogs," said Jose Santiago, a shelter spokesperson.

Those who ended up taking one of the infected dogs home did so knowing there would be a lot of work to help them heal.

"It's not about me, but it makes me feel better that they're going to have a home," said Jeanne Swenson, who gave a forever home to Jefferson, a massive mastiff.

"They're going to be giving antibiotics at home, sometimes even going to be doing things like nebulizing or using humidifiers for these dogs," said Dr. Sam Kirby with the Scottsdale Vet Clinic.

For the pet parents who already had other pets, they will need to separate the infected dog and keep it apart for six months and make sure the other animals are vaccinated.

"Even if the worst thing happens, at least those dogs get to experience you know the love of being in the household and being with the family while they're here," Kirby said.

Those eleven dogs were the last to have tested positive, leaving MCACC officials optimistic the quarantine could be lifted by the first of July.