PD: Rollover crash on US 60 connected to Phoenix shooting 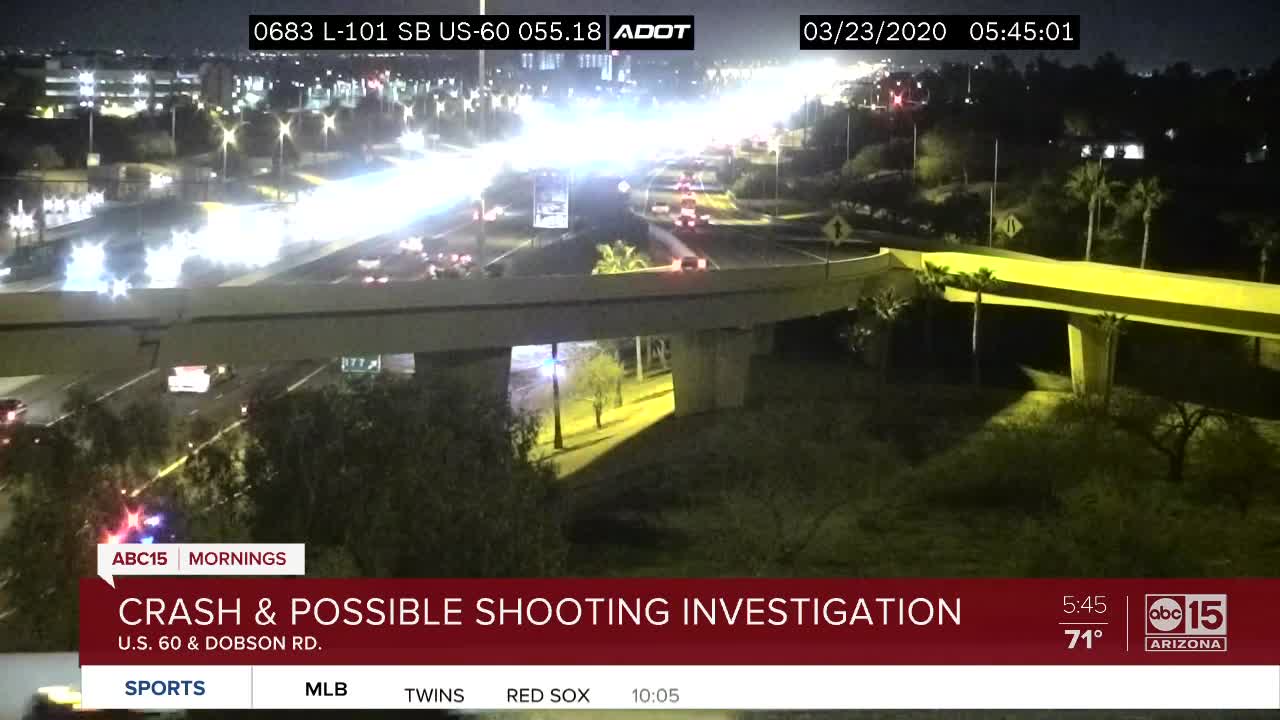 A rollover crash is blocking the Dobson Road off-ramp along US-60. 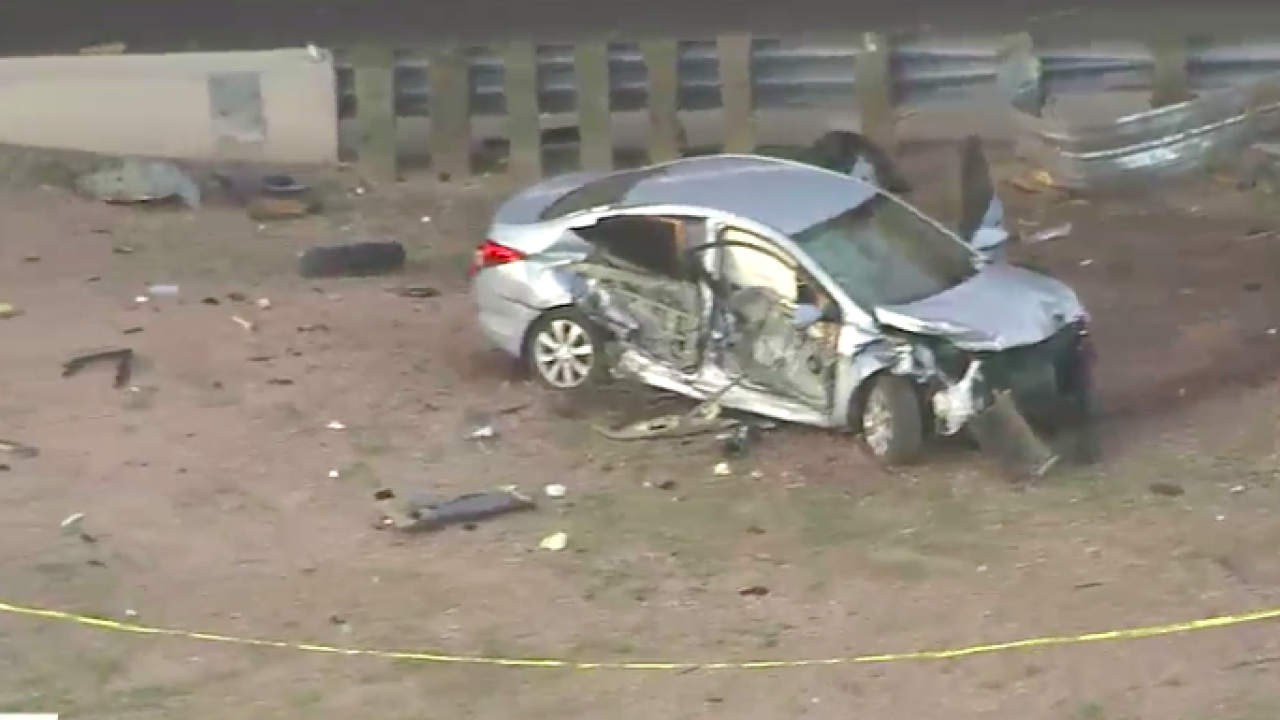 MESA, AZ — Officials are investigating a rollover crash along US 60 in Mesa that may be tied to a Phoenix shooting.

Phoenix Police Department officials say around 4:50 a.m., they responded to a welfare check in the area of 44th Street and Baseline Road. The caller said they heard gunshots and saw a vehicle leave the area.

Shortly after, Arizona Department of Public Safety reported a rollover crash near US-60 and Dobson Road with the same vehicle description.

Police say the driver, a 28-year-old man, was driving a 25-year-old woman with a gunshot wound to the hospital when the crash occurred.

Both the driver and shooting victim were taken to the hospital for treatment. The woman is said to have serious injuries.

Police say the victims are not cooperative in aiding police with the investigation.