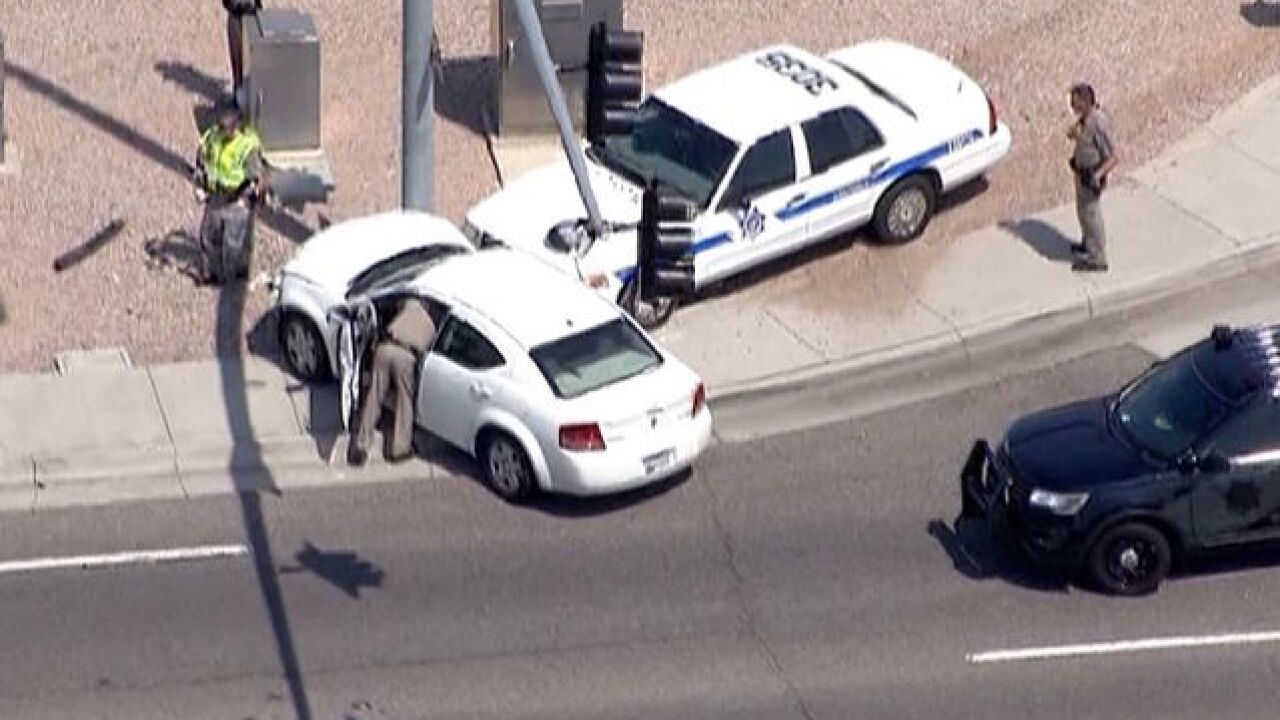 Copyright 2018 Scripps Media, Inc. All rights reserved. This material may not be published, broadcast, rewritten, or redistributed.
ABC15
<p>Suspect search at US 60/Higley in Mesa. </p> 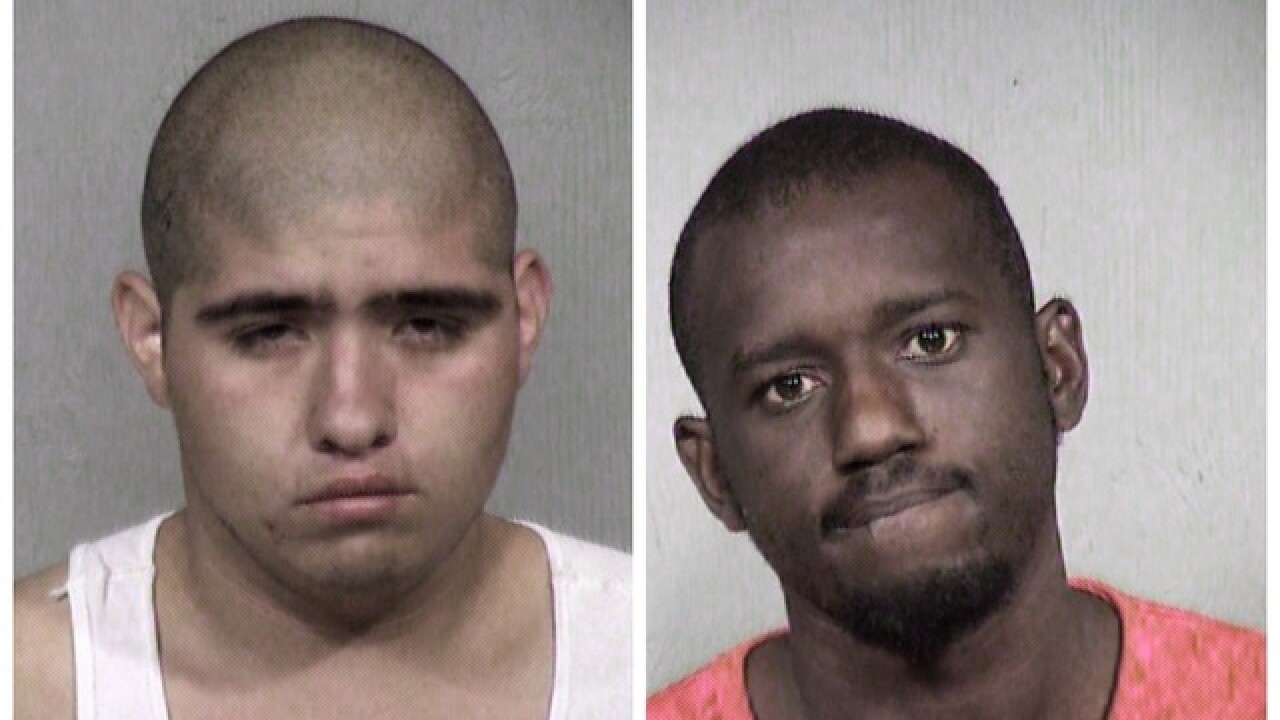 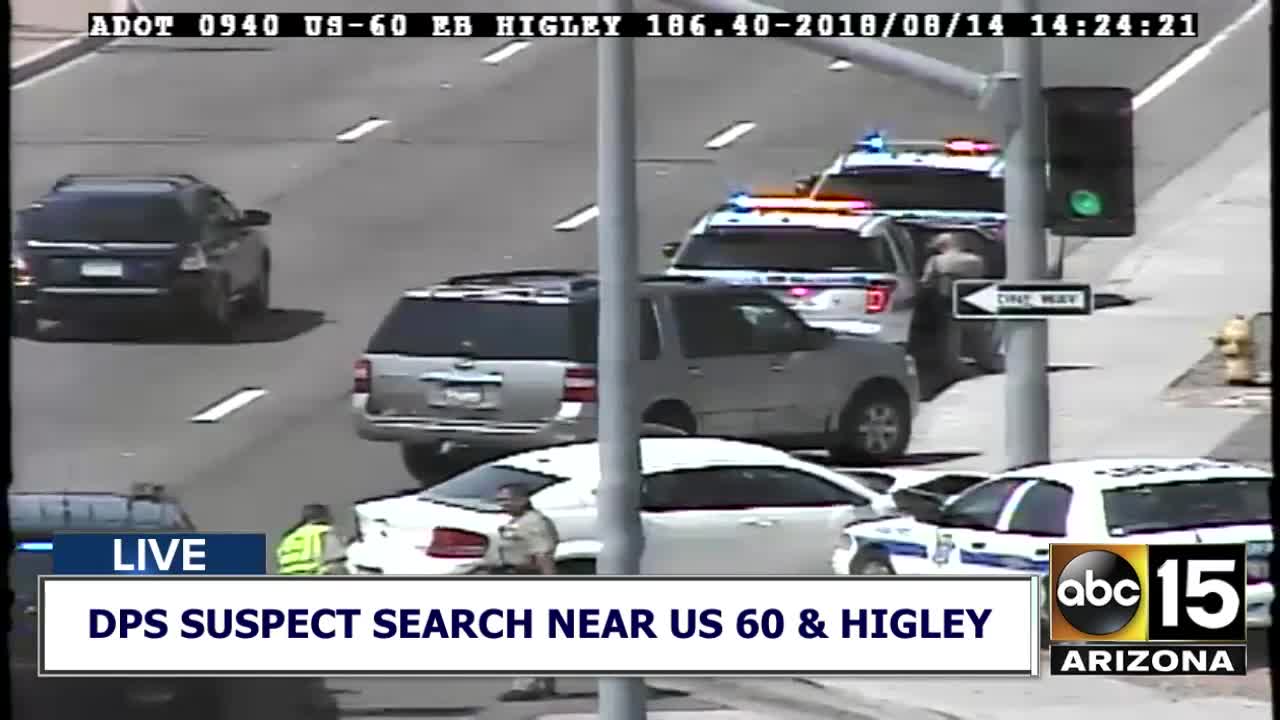 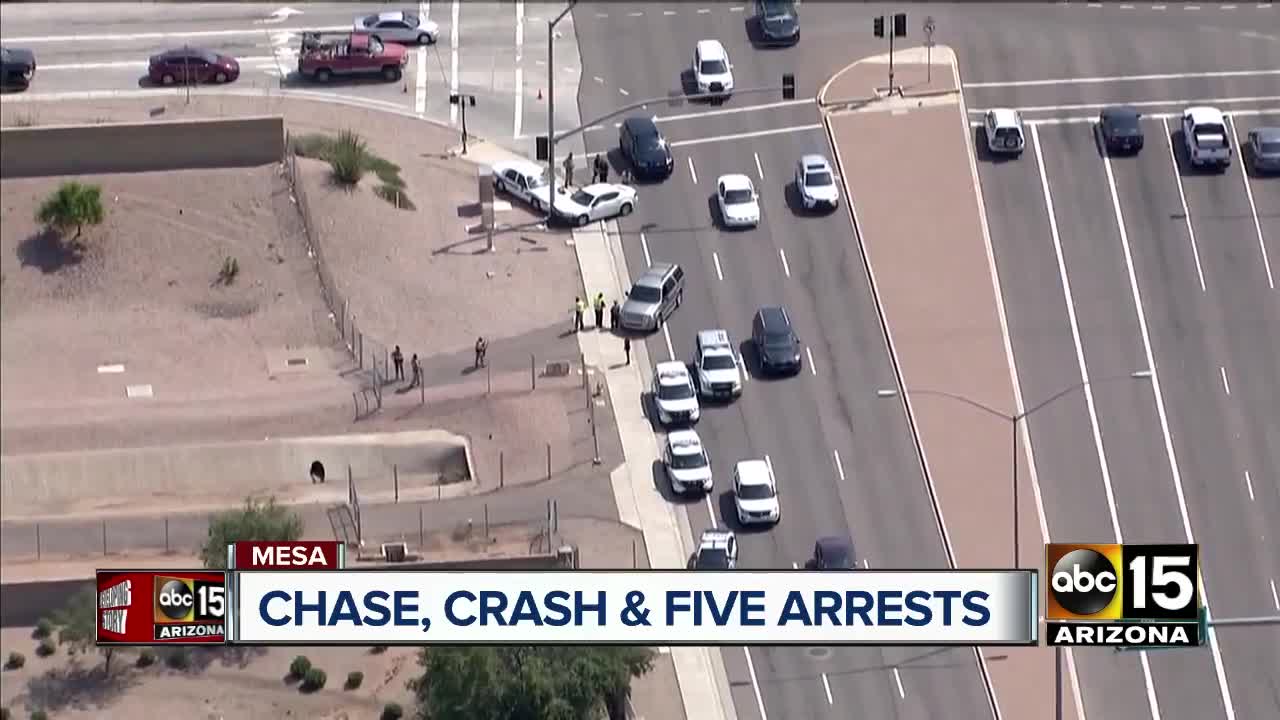 The Arizona Department of Public Safety says all suspects have been taken into custody after a vehicle sped away from a traffic stop in Mesa on Tuesday afternoon.

DPS said a trooper attempted to stop a vehicle for criminal speed on eastbound US 60 in the southeast Valley around 2 p.m. The vehicle did not stop and exited at Superstition Springs before re-entering the freeway to go west.

The vehicle exited at Higley Road, where it sideswiped an SUV before crashing into a signal pole.

The driver and four other people inside the vehicle ran from DPS.

According to DPS, all five people are now in custody.

Authorities identified the driver as Ray Roberto Mendoza II. He is facing multiple charges including theft by means of transportation, felony flight, endangerment and criminal speeding. His passenger, Royregus Williams, is facing multiple counts of forgery after multiple stolen checks were allegedly found in his possession.

The female suspect, who is a juvenile, has not been identified and has since been released to her parents, police said. No other passengers are facing charges.

DPS believes the vehicle is stolen out of Scottsdale.