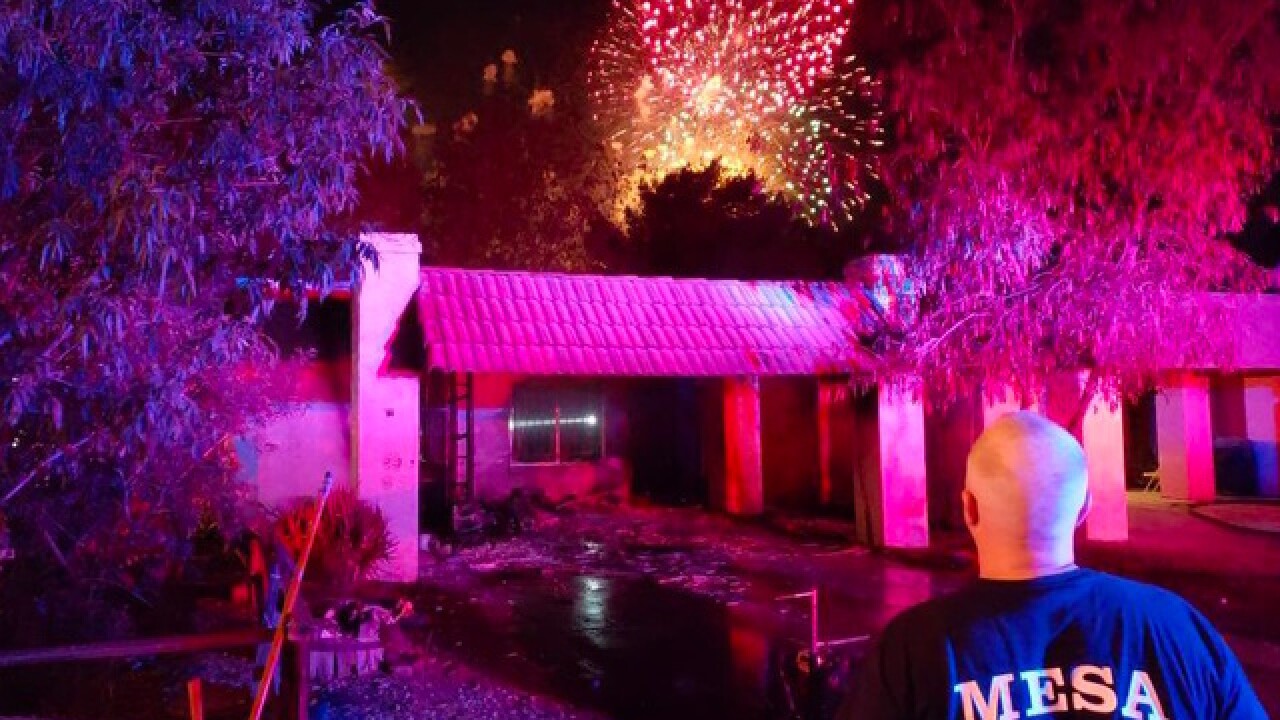 Copyright 2018 Scripps Media, Inc. All rights reserved. This material may not be published, broadcast, rewritten, or redistributed.
Mesa Fire Department/Twitter

Discarded fireworks may be to blame for several house fires that sparked in Mesa on the Fourth of July holiday, according to fire officials.

In a tweet Thursday morning, Mesa fire said crews had a busy night and had responded to more than two dozen fires around the city.

Busy night for crews. Fireworks done by the pros didn’t generate any fires in Mesa however crews did respond to 3 🏠 fires psbly started by hot fireworks being discarded into trash cans that eventually spread to the homes. Also responded to almost 2-dozen other random 🔥’s. pic.twitter.com/vnjNnw9LXc

Among those they responded to were three house fires that were possibly started by hot fireworks being discarded into trash cans, then flames eventually spreading to the homes. Officials said professional fireworks shows did not generate any fires.

According to Mesa Fire Department spokesman Forrest Smith, most of the fires that crews responded to occurred after 9:30 p.m.

In addition to the three house fires, crews were sent to one mobile home fire, two tree fires, and 11 dumpster fires, among others.