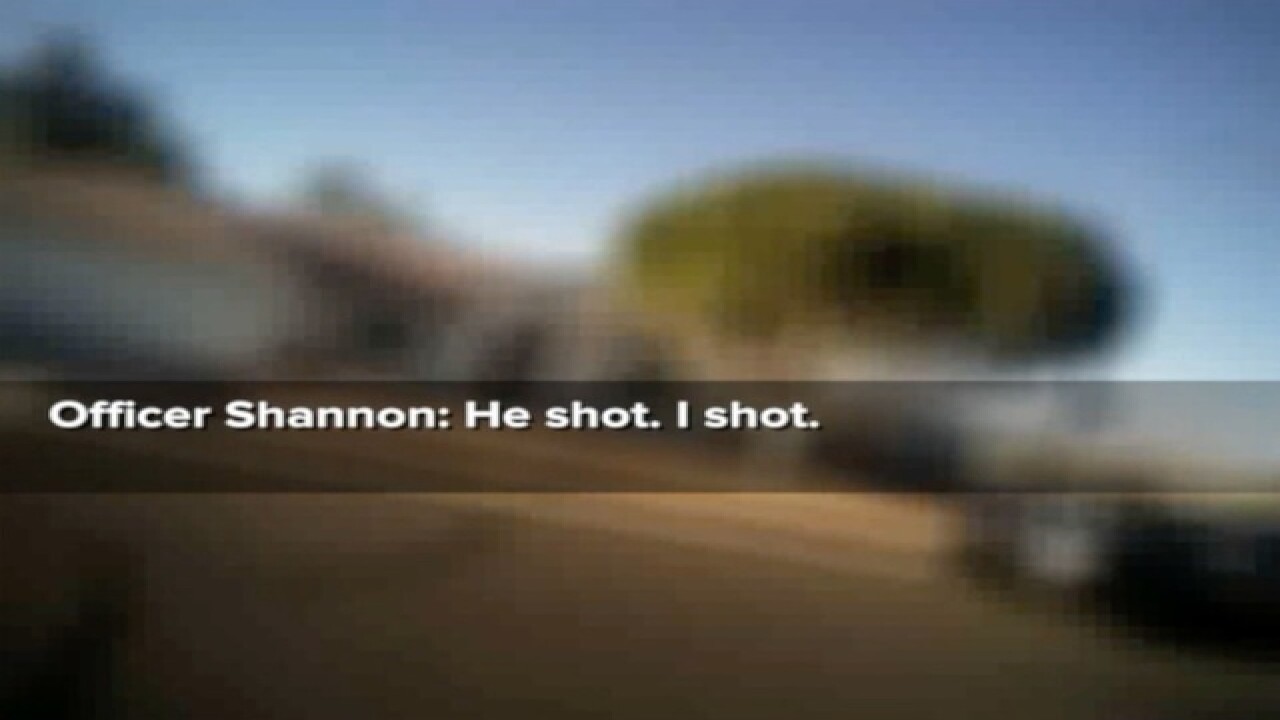 Mesa officers were in a narrow hallway confronted by a woman with a large knife when they shot and killed her, according to investigative reports and recordings obtained by ABC15.

Danielle Jacobs, 24, died after being shot in the abdomen on February 4. Jacobs' friend had called Mesa police that morning, claiming the young woman was suicidal and officers made a welfare check.

According to a Mesa police report, officers entered the home and tried to coax Jacobs out of a bedroom.  A radio dispatch recording said the officers believed she was holding something to her stomach that was not a gun, but they could not see her. At first she did not respond to their commands .

Two officers were in a cramped hallway, weapons drawn, when Jacobs showed herself with a big kitchen knife in one hand. According to the report, one officer flipped on a light switch for a better look, distracting the other for a moment.

"That's when she just start advancing on us,"  Officer Joe Demarco explained in a recorded interview with investigators. "It looked like there was no stopping her."

"Officer Demarco gave her instructions to drop the knife she kept coming forward," Officer Stephen Shannon said in his interview. "He shot. I shot."

Jacobs had gained attention online for her videos on dealing with Asberger syndrome. She has a history of interactions with police officers.

Danielle’s mother, Stacia Clarke-Cowen, told ABC15 that she was unaware the reports would be released today.

She described a hole in her heart after Danielle’s death and, “answers are not going to fill that hole.”

Clarke-Cowen says she would like police departments to create special units to respond to calls about people with autism and mental illness. Her family has hired an attorney.