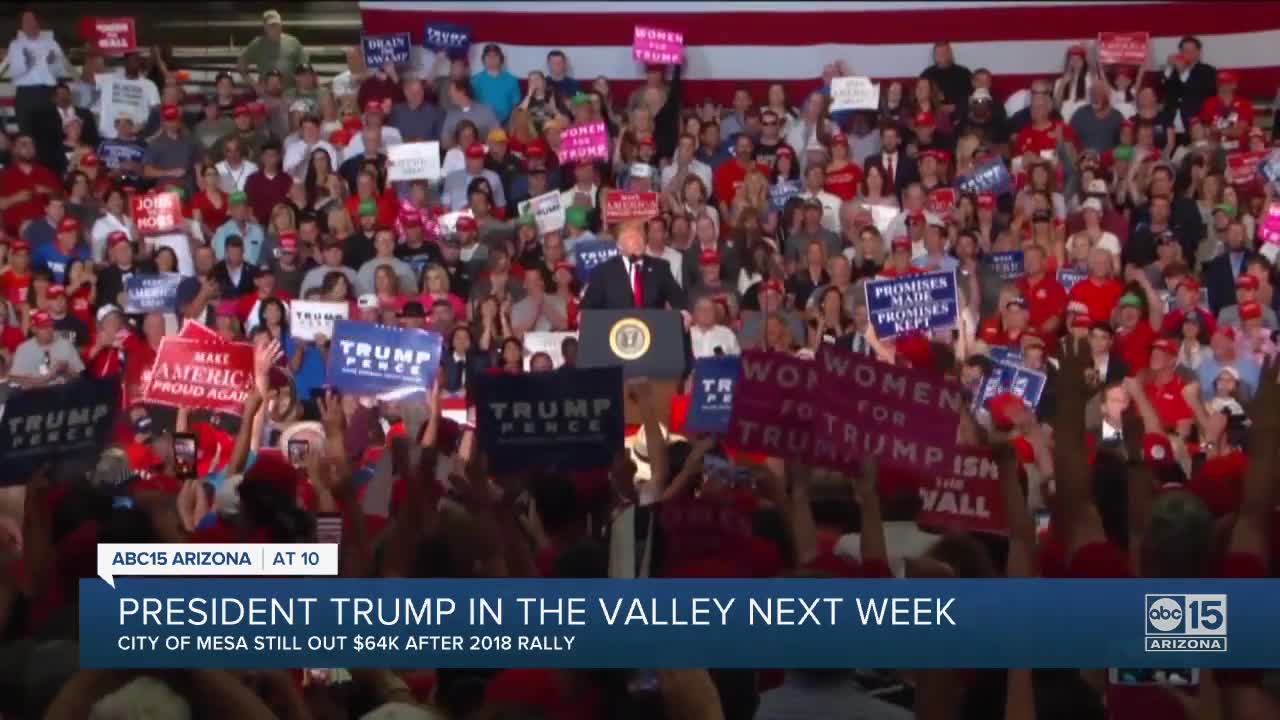 With President Trump headed to Phoenix for a rally next week, the City of Mesa is still out more than $60,000 after his last visit to the Valley. 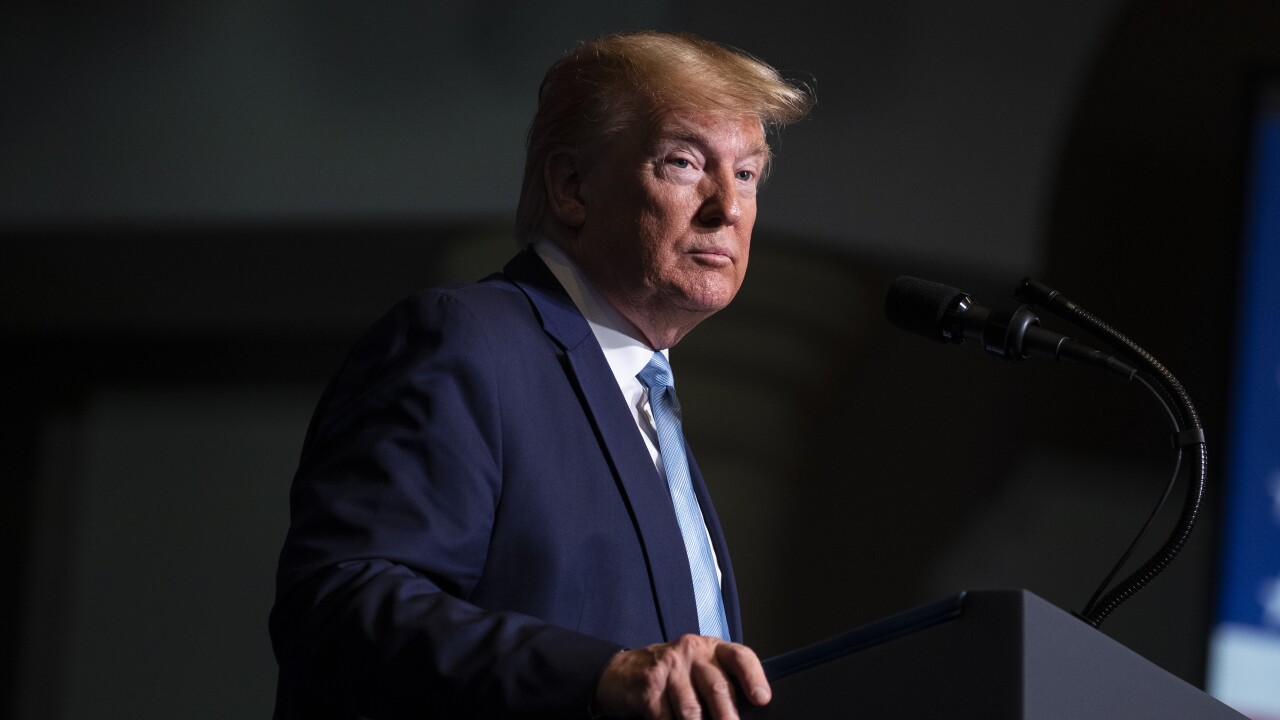 MESA, AZ — With President Trump headed to Phoenix for a rally next week, the City of Mesa is still out more than $60,000 after his last visit to the Valley.

On Friday, the city released the following statement seeking that payment:

The City of Mesa has never billed this White House nor any previous administration for costs associated with providing security for a president. We embrace that obligation.

After President Trump’s rally at the Phoenix-Mesa Gateway Airport in October 2018, the City calculated the public safety costs incurred from the campaign event that the President attended. We believe the Trump 2020 campaign should reimburse our City for those taxpayer dollars, and we have invoiced the campaign accordingly."

However, to be clear, the Trump campaign is not legally obligated to cover the costs for the campaign rally that took place at Gateway Airport.

ABC15 reached out to the Trump 2020 campaign Friday evening about the unpaid fees and did not hear back.