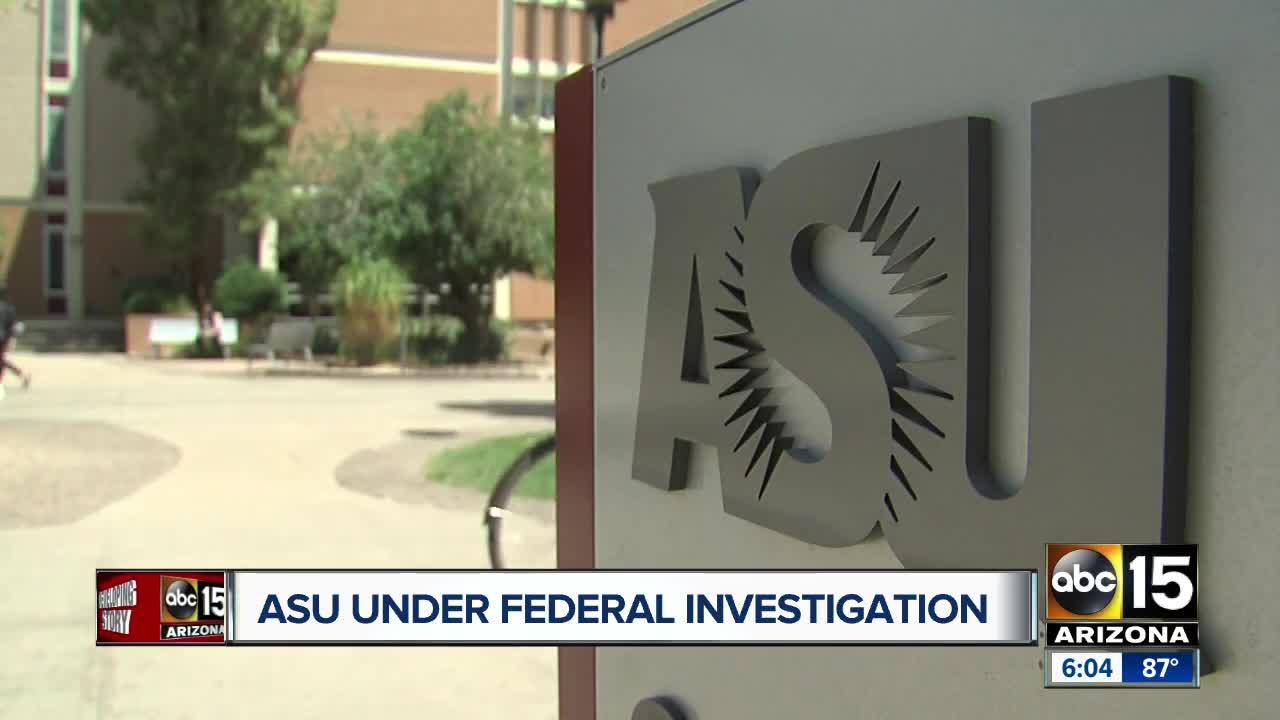 ASU is currently under federal investigation over a student complaint that allegedly wasn't followed up on properly.

TEMPE, AZ — In a letter sent from the US Department of Education, it outlines why the department's Office for Civil Rights is investigating Arizona State University. A student says the school failed to address ongoing retaliation by two fellow students after she filed a sexual harassment complaint against their shared Ph.D. adviser and lab supervisor at the Polytechnic Campus in Mesa.

"When they file a federal investigation, usually you're pretty upset because the school is not doing what they're supposed to be doing," said attorney Benjamin Taylor, a Phoenix attorney.

Taylor isn't working this case but he has represented other ASU students and faculty who have dealt with a Title IX complaint. Title IX is a federal law that protects people from discrimination based on sex in education programs.

"Just because it's an investigation doesn't mean ASU is guilty right now," said Taylor. "It just means that they're going to look into it to see if they violated the accuser's rights."

If ASU is found at fault, it's possible the school could lose federal funding if a resolution isn't negotiated. The instructor in question is no longer with ASU. He's believed to be working out of the country which Taylor says could complicate the investigation.

"If he's across the country and they have no way of getting a hold of him by phone, by email or he just refuses to cooperate - this investigation could be stalled."

ASU said Friday it can't comment on an ongoing process. Taylor says the investigation could stretch out for about a year.