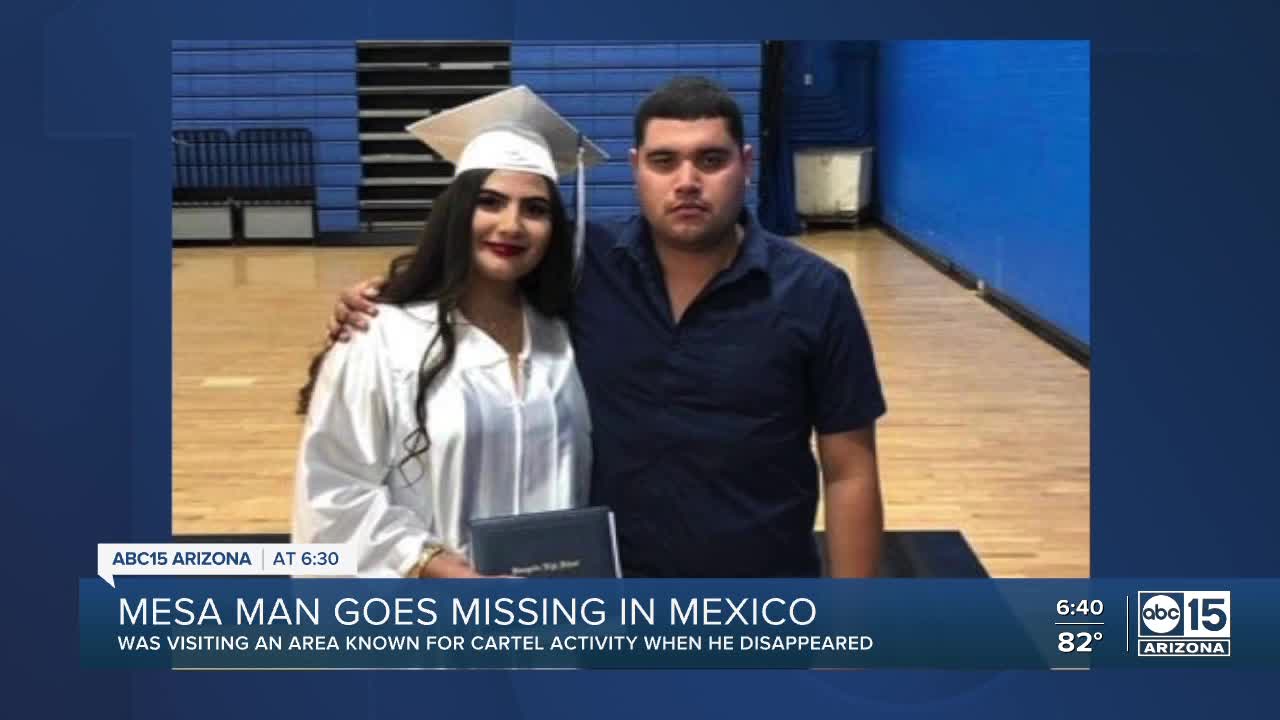 A man from Mesa is missing after traveling to the state of Sonora, Mexico. His family says it has been five days since the last time they heard from him.

PHOENIX — A man from Mesa is missing after traveling to the state of Sonora, Mexico. His family says it has been five days since the last time they heard from him.

“On October 24, he left to Obregon. He was going as a tourist, he really wanted to visit that place. Throughout his trip, he stayed in touch with my mom. We last heard from him when he uploaded a story on social media, a video of him passing through Altar,” stated Lesley Quezada, Miguel’s sister.

Quezada spoke to ABC15 asking the public’s help to find her brother Miguel whose plan she says was to visit Obregon, Sonora then make a stop in Caborca to see his family before returning to Mesa, Arizona.

“I’m scared for him, that he’s with bad men and they’re hurting him. I can’t even imagine,” said Quezada.

The last video of Miguel was taken as he passed through the town of Altar, Sonora, an area known for drug trade and human trafficking.

This corridor is included in the most recent U.S. Department of State travel warning for Mexico.

“We know that corridor is really dangerous, that's why we kept in touch. He was driving an American vehicle and that made us even more afraid,” expressed Quezada.

“If what they want is the car, they can keep it. We won’t file charges, we can care less about the car. All we want is my brother back,” said Quezada.

The family hopes this can be a case like the Davis’ from Mesa, a few weeks ago, they were carjacked near Caborca, but let go. Their truck and other belongings were recovered by Mexican authorities within hours after the incident.

In an interview with ABC15 on Oct. 8, the Davis’ described the moment they were robbed at gunpoint.

“We were 20 minutes just passing Rocky Point, minding our own business, and a gray car passed us and rolled down the window and someone pulled out a machine gun. I said, ‘the truck is yours, let me get my family’ so he gets in the truck and on the other side there’s another group of cartel members,” stated Mason Davis.

Quezada hopes the authorities in Mexico will act as fast as they did for the Davis' family since Miguel is also a U.S. citizen.

“They say they’re doing everything they can, but my mom is desperate," said Quezada. "She hasn’t seen a helicopter searching for him in the desert.”

Miguel’s birthday is next Wednesday, his family only hopes they can all celebrate together and forget this ever happened.

“I feel my brother is well, but I try not to think about it as much. Anyone with any information please reach out.”

According to the family, Miguel's disappearance has been reported to authorities in both the U.S. and Mexico.

If you’re ever in a situation where you need to reach out to the U.S. consulate while in Sonora, you can find their contact information here.