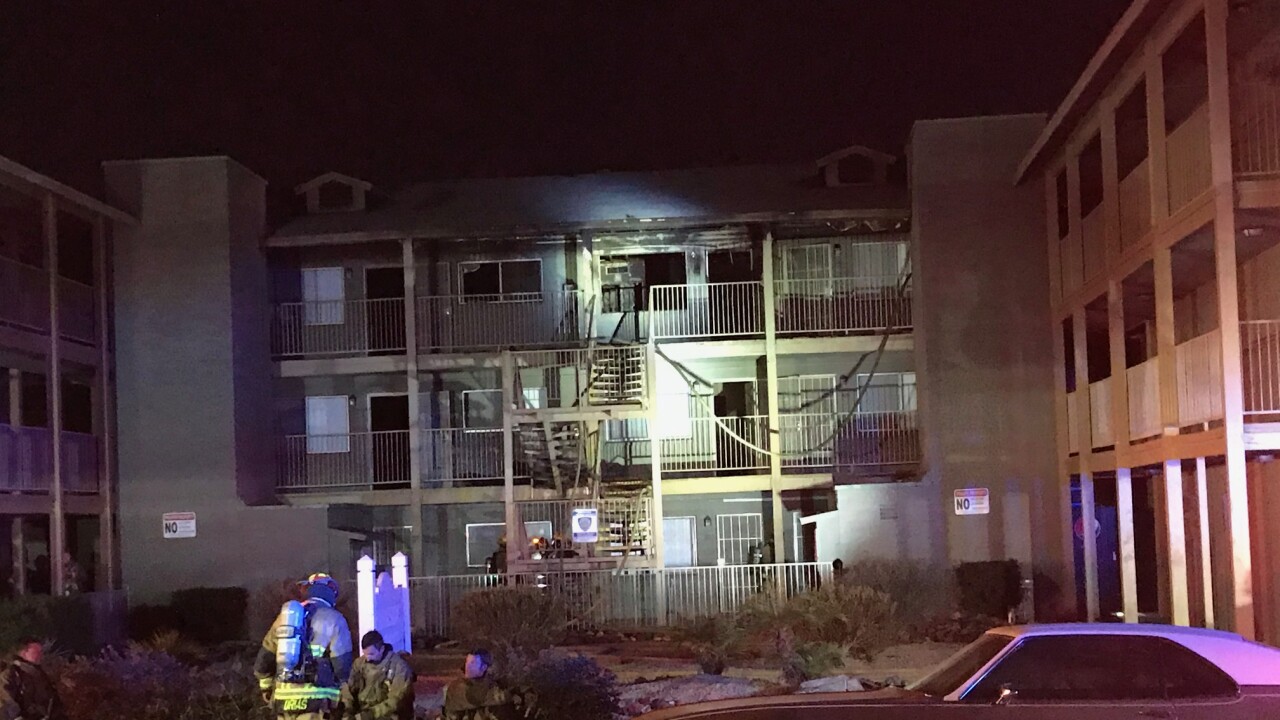 According to the Mesa Fire Department, a stove fire broke out on the third floor of the apartment complex around 6 p.m.

When crews arrived on scene, they saw smoke coming from the third-floor unit and upgraded the fire assignment to a first alarm.

Fire crews were able to quickly distinguish the fire and control minor fire extension into the attic.

During the evacuation of the apartment complex, a police officer sustained a cut to their hand while forcing entry into a window. The officer was transported to the hospital for treatment.

Additionally, one apartment occupant was transported to an area hospital for smoke inhalation and precautionary evaluation, according to Mesa Fire.

Three apartment units were affected by the fire, with five units being evacuated for the night, Mesa Fire says.

According to the Red Cross, they have been assisting around 17 displaced people from the fire with direct client assistance and emergency needs.