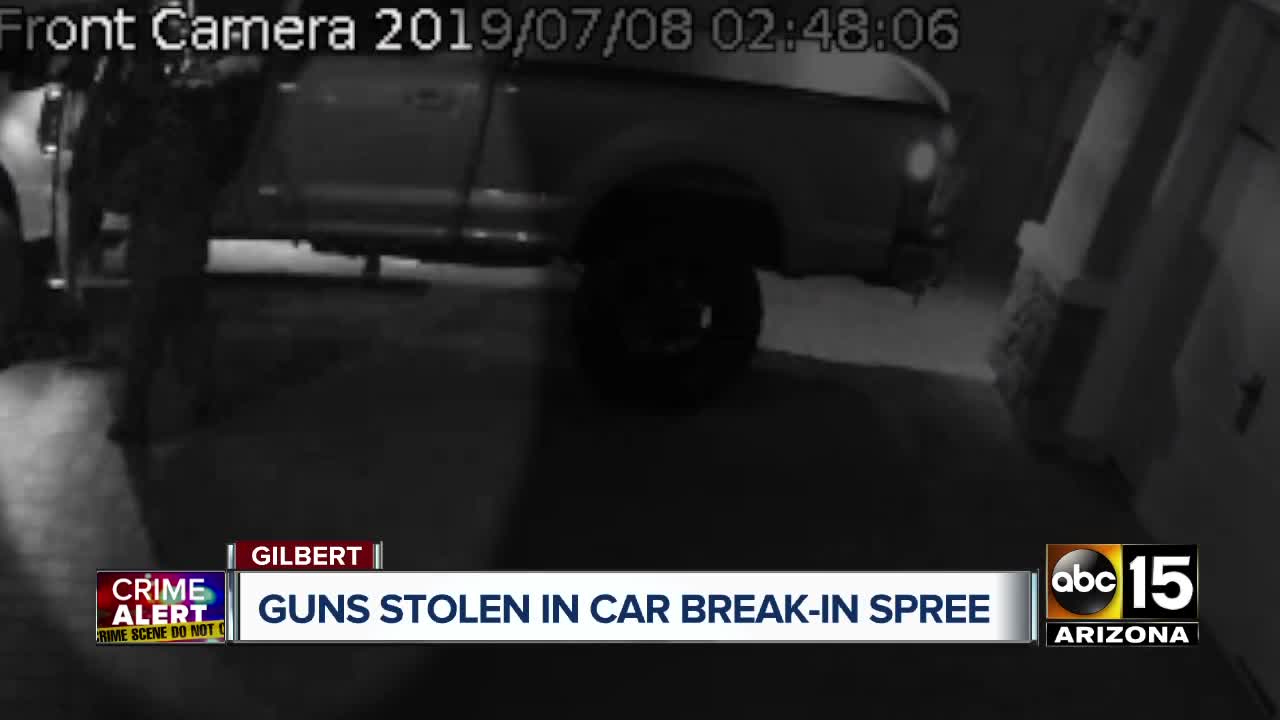 Gilbert police are searching for at least four suspects who they believe are responsible for at least 16 car break-ins over the weekend. 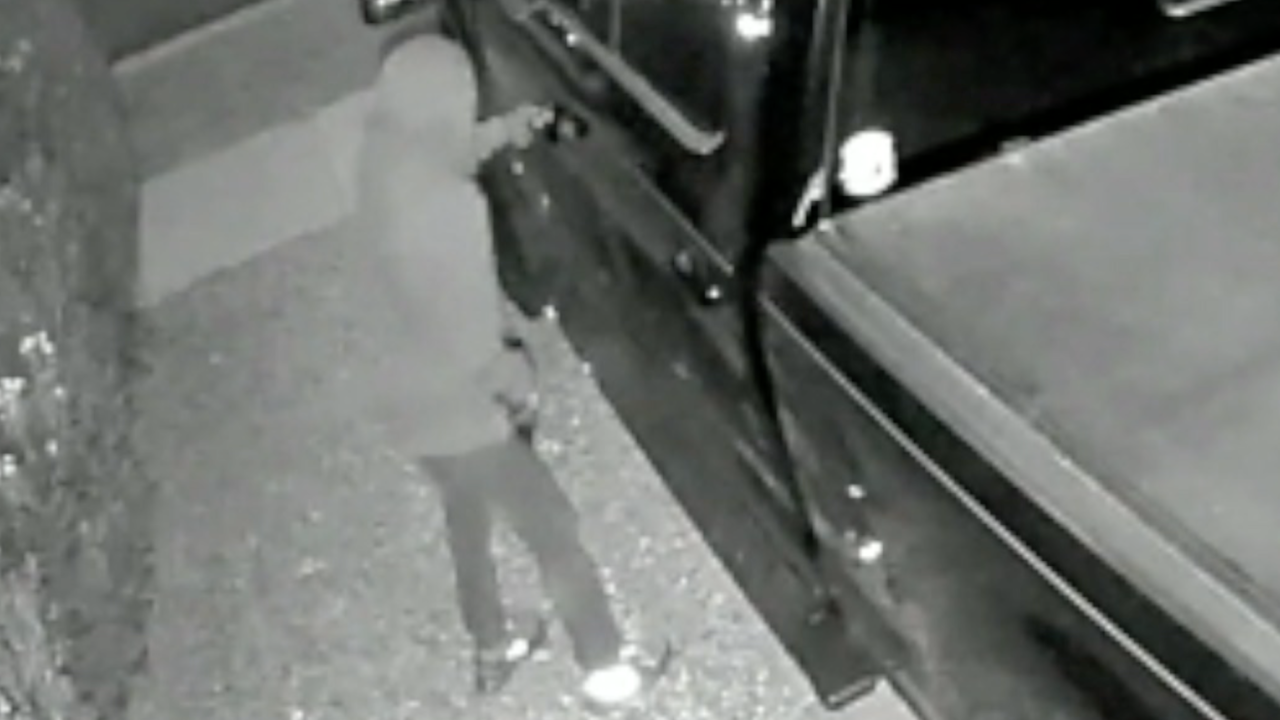 GILBERT, AZ — Gilbert police are searching for at least four suspects who they believe are responsible for at least 16 car break-ins over the weekend.

The group of thieves stole at least three guns and an unknown amount of other valuables from mostly unlocked cars, according to police.

Many of the homes targeted were in The Bridges at Gilbert neighborhood and some surrounding subdivisions.

The criminals operated in silence, like a well-oiled machine. Many of the suspects wore gloves on their hands and hoodies over their heads.

“Pretty much rolling through the neighborhood as quickly as they can, running from house to house, and just checking for unlocked doors on cars,” said Brian O'Connor, who caught the criminals on his surveillance cameras.

Fortunately, O’Connor’s car was locked. His neighbor Dustin Dickinson’s was not.

“I walked outside and I saw the door of my truck was partway open,” said Dickinson. “My console was open, my glove box was open, and there was stuff scattered everywhere.”

Dickinson found his tools scattered on his driveway but does not think anything was stolen.

He told ABC15 he feels even more fortunate because he took his gun out of his truck a week earlier.

“What if I went to work at 3 o'clock in the morning, and I walked outside and walked in on them breaking into my truck. Are they going to shoot me, or just run away?” Dickinson wondered.

One suspect was even seen on surveillance holding a gun in hand as he checked a door handle.

“Now that suspect is armed and that creates an entirely new dynamic and a much more dangerous situation for the officers and anyone who would come into contact with those folks,” said Sgt. Mark Marino with Gilbert police.

Sgt. Marino says people should always take valuables out of their car, especially weapons, and leave the arrests to officers.

“Call 911 immediately, be a great witness. No amount of property is worth putting your life in jeopardy,” he said.

“I want to see them get caught before something really bad happens,” said O’Connor.

Police say if your car is broken into, do not just check if valuables were stolen.

Dickinson says a police officer told him criminals are stealing registration and insurance papers, then calling the dealership and having a new key made. Once they get the new key, the suspects come back and steal the whole car.