Two Gilbert women are helping women in the Valley create real friendships through "The Girlfriend Connection." 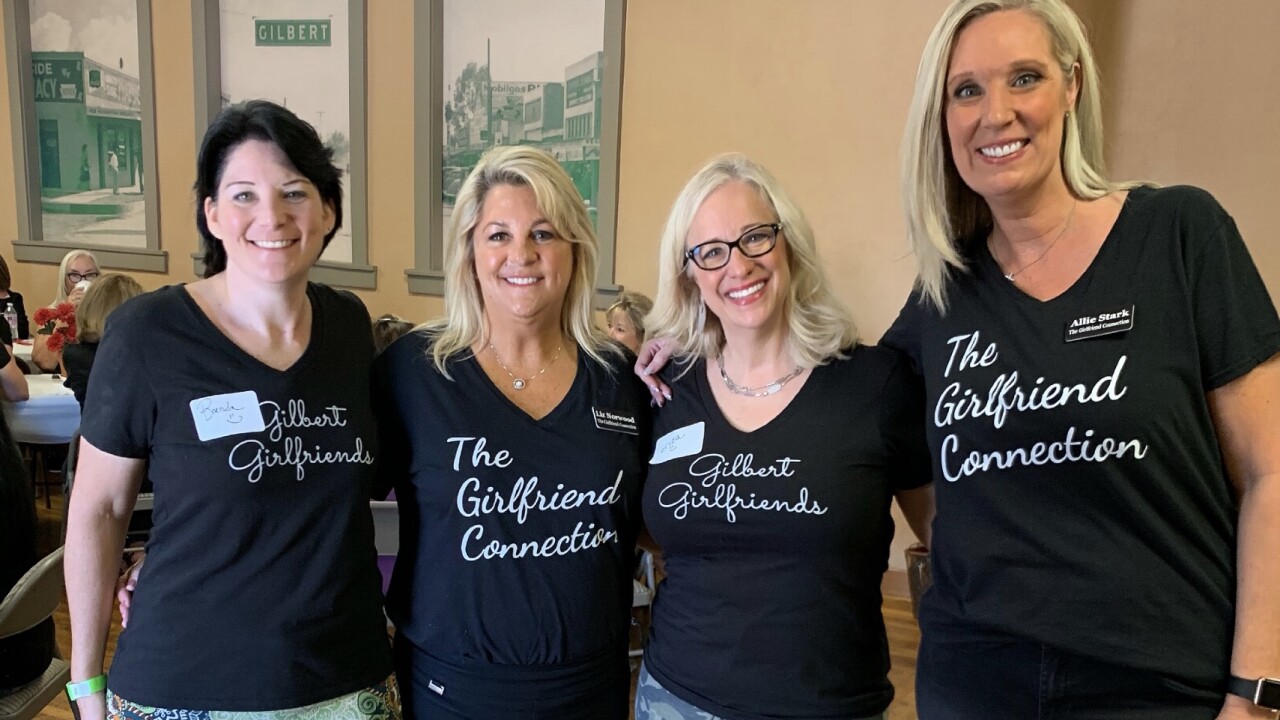 The Girlfriend Connection is made of regional Facebook groups. There are seven in the Valley.

Liz Norwood started the group Gilbert Girlfriends two years ago after realizing there was a need for women to connect. She says it grew overnight.

"Everybody needs girlfriends, no matter what your age," said Norwood.

She and Allie Stark teamed up to create The Girlfriend Connection, which serves as the overarching company of all the Facebook groups. They have more than 9,000 members in total in the Valley, made of women ranging from ages 21 to 70.

Anyone can join the group--doesn't matter your age, profession or if you have kids or not. Members can create sub-groups based on hobbies or create social events.

"Just being supported by other women in a positive way is just amazing," Stark.

Liz Sobel says The Girlfriend Connection has made a huge impact on her life. She moved to Gilbert from New York earlier this year. She didn't know anyone and was having a tough time adjusting. She decided to join the Gilbert Girlfriends Facebook page.

"It was just so comforting to be in a room for of women where we can laugh together, people were hugging each other. It was fun, it was silly. It was just great," said Sobel. "It's helped a lot to feel a little grounded when you move from so far away."