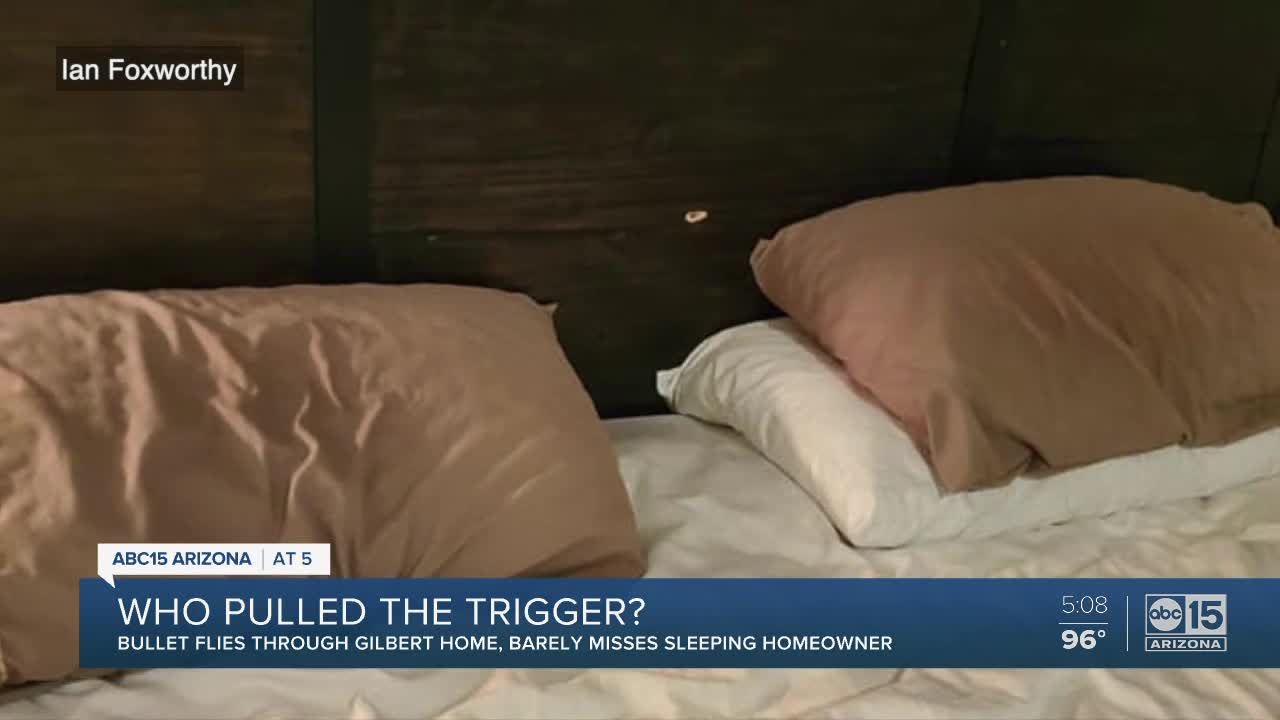 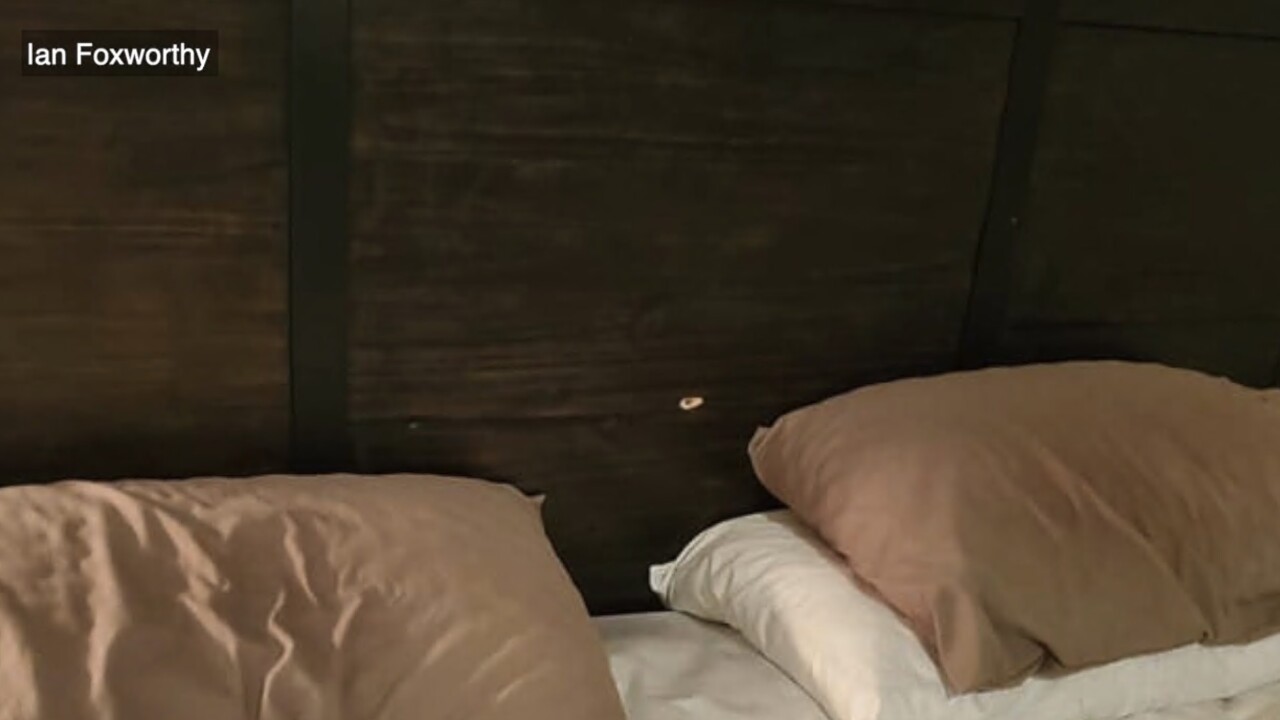 GILBERT, AZ — A Gilbert man feels fortunate to be alive after he says a bullet pierced his home and nearly struck him while asleep over the weekend.

Ian Foxworthy and his partner said the two were asleep at their home near Recker and Williams Field Roads around 1:30 a.m. Sunday morning when they were abruptly woken up.

"We woke up, switched on the light, and took a couple minutes to really piece together," Foxworthy said. "We thought maybe our ceiling fan had exploded."

Foxworthy said that's when he found the bullet, as well as a hole in the headboard of the bed.

"Had the bullet come through the headboard another four inches either direction it would have struck one of us," he said. "Had it been down a little bit more it would have killed one of our dogs."

Foxworthy says he isn't sure where the bullet came from, who pulled the trigger or why. There are a couple of empty lots near his house.

"It would be much simpler if we could point to, like, a motive or something like that," he said. "That would give us more peace of mind than not knowing anything."

Foxworthy told ABC15 the home security camera caught the sound of the shot. He feels fortunate it did not become worse than a close call.

"This is like a one in a billion instance, I feel like," he said. "It was just a miracle, really."

"Comes down to there are consequences, more than just property damage," Foxworthy said. "Somebody could've gotten killed."

ABC15 has reached out to Gilbert police for more information.