Gilbert police: 3-year-old girl dies after being left in car for hours 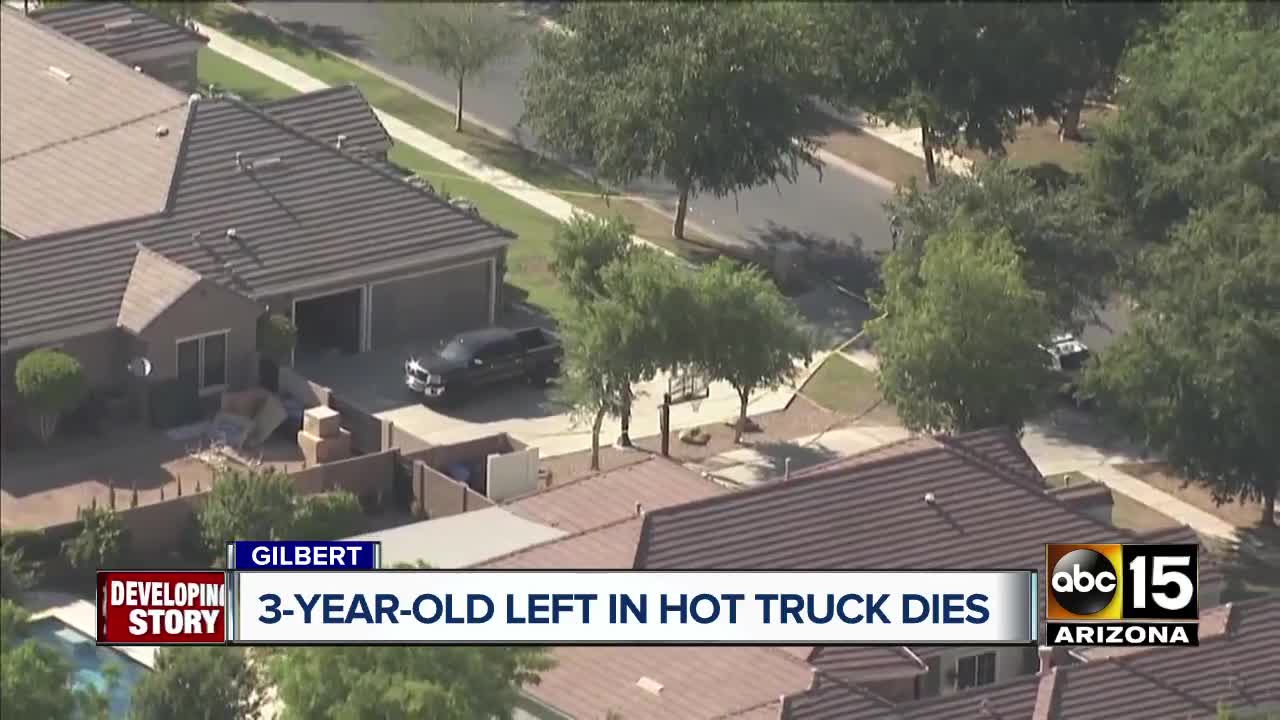 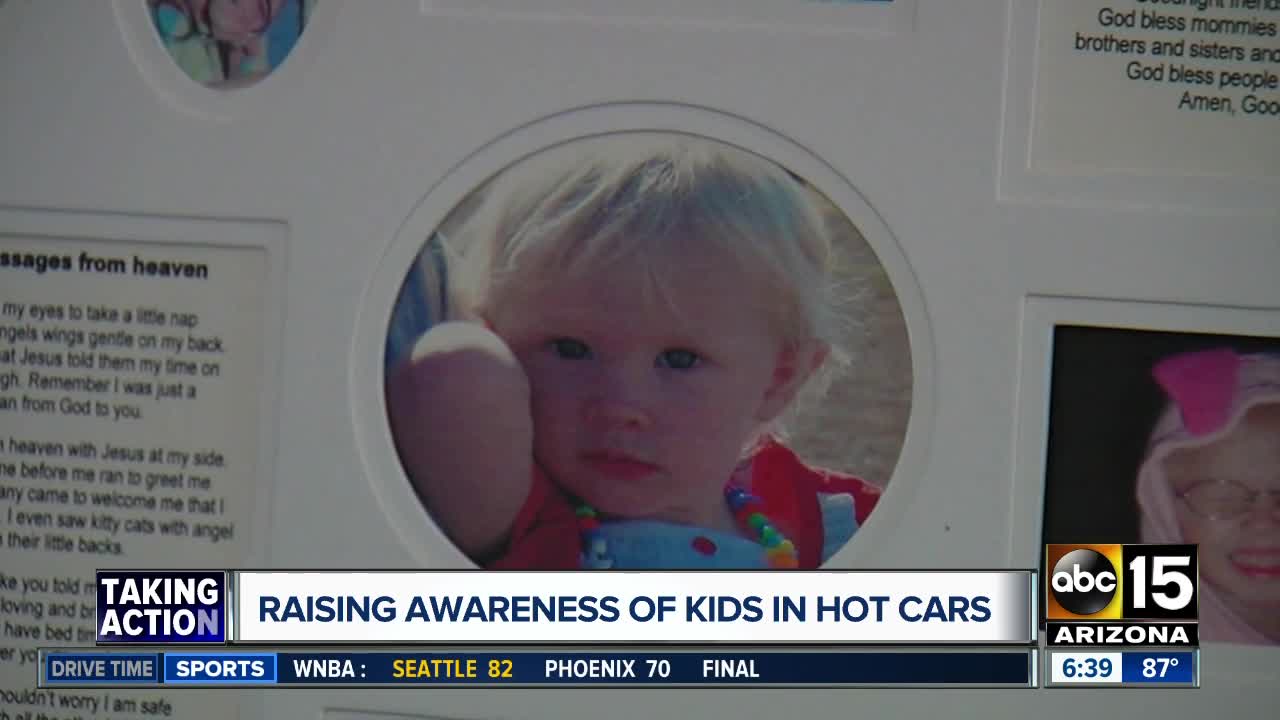 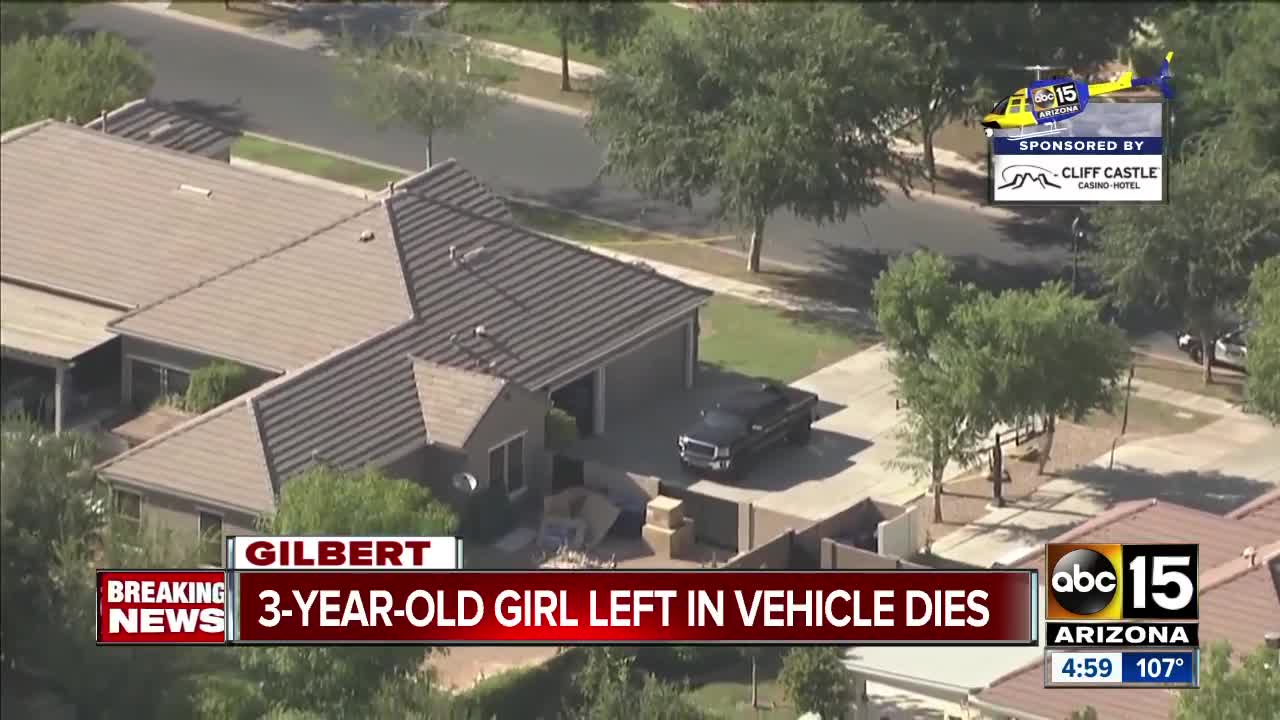 GILBERT, AZ — Authorities say a young girl has died after being left in a car for hours Tuesday afternoon.

The Gilbert Police Department says officers and firefighters responded to a home near Higley and Elliot roads around noon.

Police say a 3-year-old girl was left in the vehicle for two to three hours.

Despite CPR and other lifesaving measures, police say the child later died at the hospital.

Judy Rott lives nearby and is trying to wrap her head around the tragedy that unfolded just outside her home.

“Things were out of sync today, they were planning to leave on vacation tomorrow and kept the little one home from pre-k,” said Rott.

Rott says the girl's father had dropped off his two older daughters at school before heading home with the 3-year-old.

“I don’t know what alerted him that he left her in the car, but our neighbor was sitting on the back porch and heard him scream and she ran over and tried to give CPR cause he had pulled her out of the car."

Another neighbor, a nurse, also attempted to save the little girl's life, but there was nothing they could do.

Rott and other neighbors describe the couple as incredibly loving and caring parents. “They are super nice, sweet young couple, just making a living, trying to raise a family. I just don’t know how they’ll cope with this,” said Rott.

Neighbors say the girl's mother works as a correctional officer for the Florence State Prison. She apparently got a call at work and raced to the hospital.

Police say the incident is under investigation and no further details were immediately available.