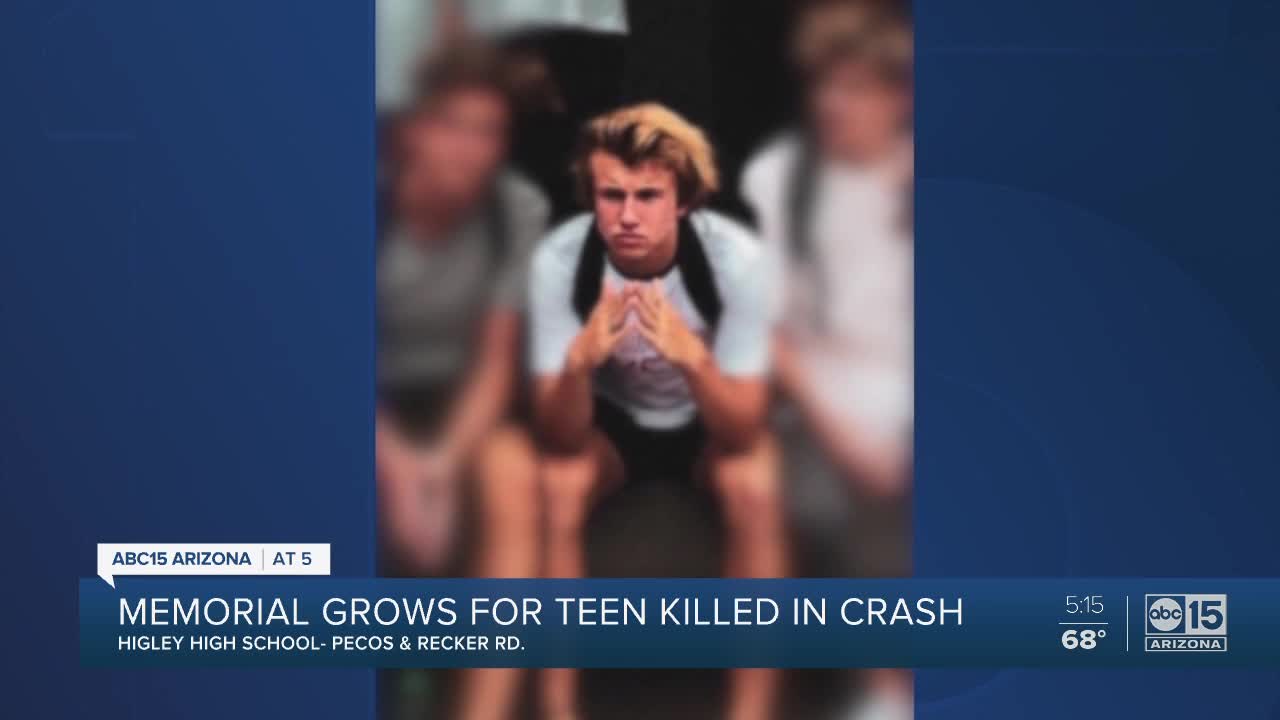 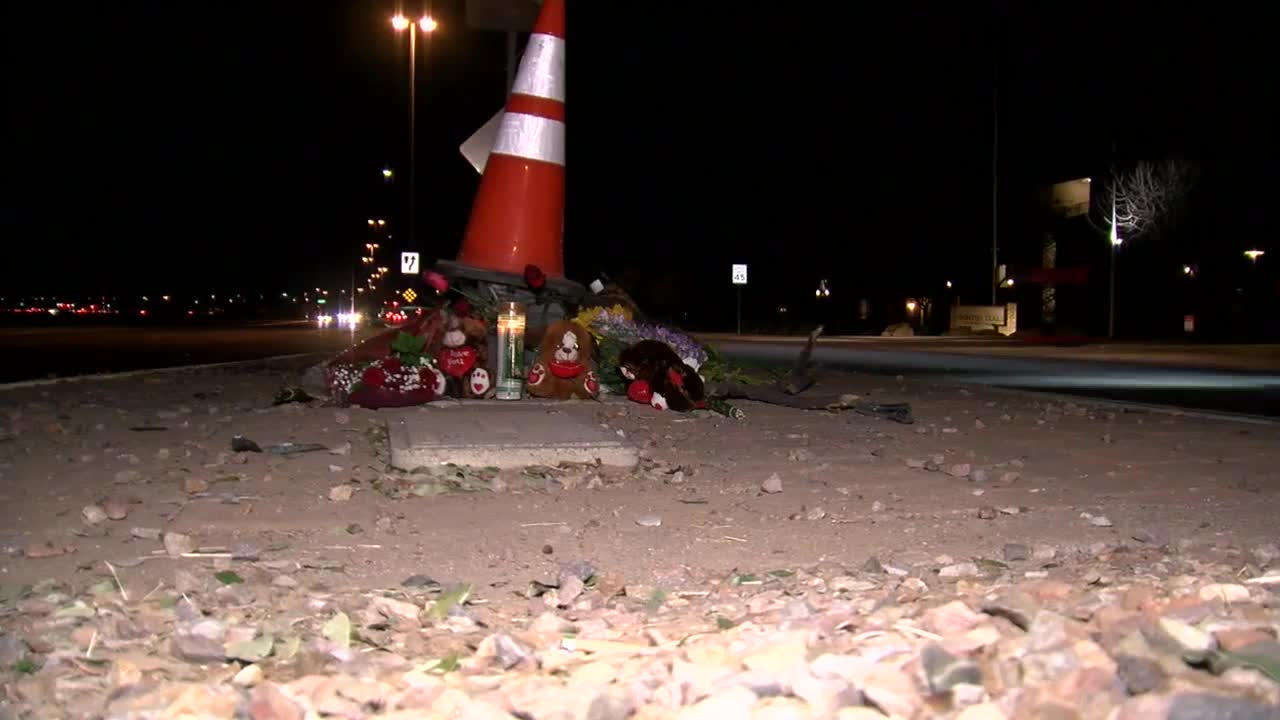 According to the Gilbert Police Department, four teenagers ranging from 16 to 18 years old were involved in the two-vehicle crash around 2:30 p.m. Friday at Recker and Pecos roads.

The teen in the Ford Focus, who police identified as a 17-year-old Stephen Luke Knight, was transported to the hospital in critical condition on Friday, and was pronounced dead on Saturday, police say.

A memorial was held for Knight at Higley High School Saturday evening.

"We met when we were like 3 years old," said Chancin Loving, a friend of Knight. "He was a free spirit, he did whatever he put his mind to and mastered it. Everyone loved him."

Loving and friends visited the vigil Saturday night. The vigil currently sits in the median where the teen's car struck a pole.

"We got to remember our boy. We can't forget him," said Chancin. "A terrible accident but I know that he's home safe, back with our heavenly father."

The cause of the crash remains unclear.

"We know that there was a collision between both vehicles shortly after 2:30 this afternoon, with the Ford eventually coming to a stop after hitting a light pole in a median," Gilbert police said on Friday.

"Our reconstruction team is working to piece together the information gathered yesterday on scene to determine what led to the crash," Gilbert police told ABC15 on Saturday.