PD: 7 children wander away from Gilbert preschool through open gate 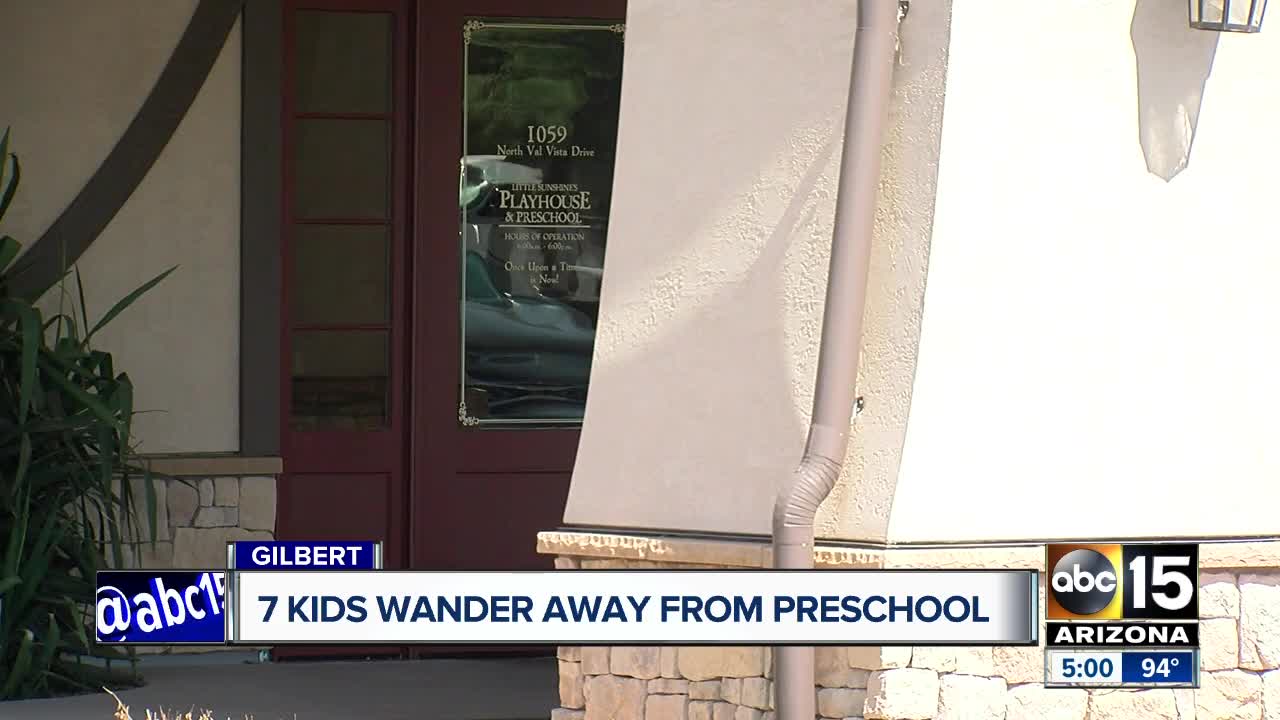 Police say seven children are uninjured after wandering away from their preschool through an open gate on Friday morning. GILBERT, AZ — Police say seven children were not hurt after wandering away from their preschool through an open gate on Friday morning.

🚨A gate at Little Sunshine Preschool (Val Vista / Raleigh Bay) failed allowing 7 preschoolers to wander away from the school. Passerby's called 911 and assisted in getting the kids safely back to the school. Staff were present but did not see the gate open. All 7 kids are safe.

According to Gilbert police, a gate at Little Sunshine Preschool, near Guadalupe Road and Val Vista Drive, failed on Friday morning, allowing the seven young children to get off the school grounds.

Three passersby driving in the area around 9:45 a.m. called 911 after noticing the children wandering, and stopped to help. Gilbert police say two of the children approached Val Vista Road's bike lane and were stopped by good Samaritans, who then notified staff and help return the kids to the school.

Police said staff were present but did not see the gate open. Luckily, all seven children were located uninjured.

ABC15 was contacted Friday by multiple concerned citizens who had heard about the incident.

"I'm pretty angry and frustrated because now we are to the point where we don't feel comfortable sending them back there," said Brian McCrea.

Brian and Stephanie McCrea say it was a Facebook message from a woman who stopped and rescued the kids that first alerted them to what was happening at their daughter's preschool.

"There was no teacher. Her and several witnesses stopped their vehicles and rescued our kids and went up to the front door and banged on the door until somebody answered," said Stephanie McCrea.

The school sent a letter to the parents of the children involved, saying it was immediately brought to their attention and "students will not be going outside until the entire fence line has been inspected."

"A kid could have died today," said Virginia Brian, mother of another toddler who attends Little Sunshine's preschool. "How did they make it all the way out there so there was literally no supervision!"

Police said they do not anticipate any criminal charges in the case at this time, but are still investigating the issue.