Parents in East Valley on alert over reports of suspicious van 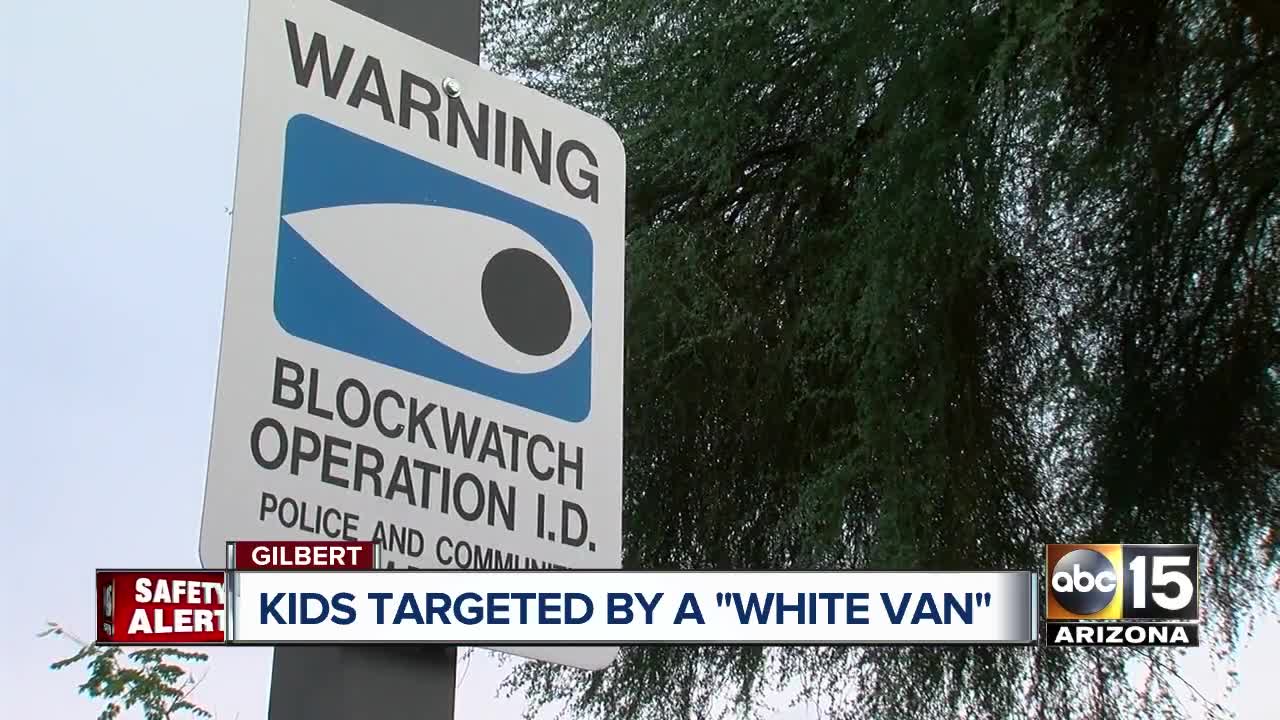 Parents are on high alert in the East Valley after another report of a white van following kids. ABC15's Danielle Lerner has more. 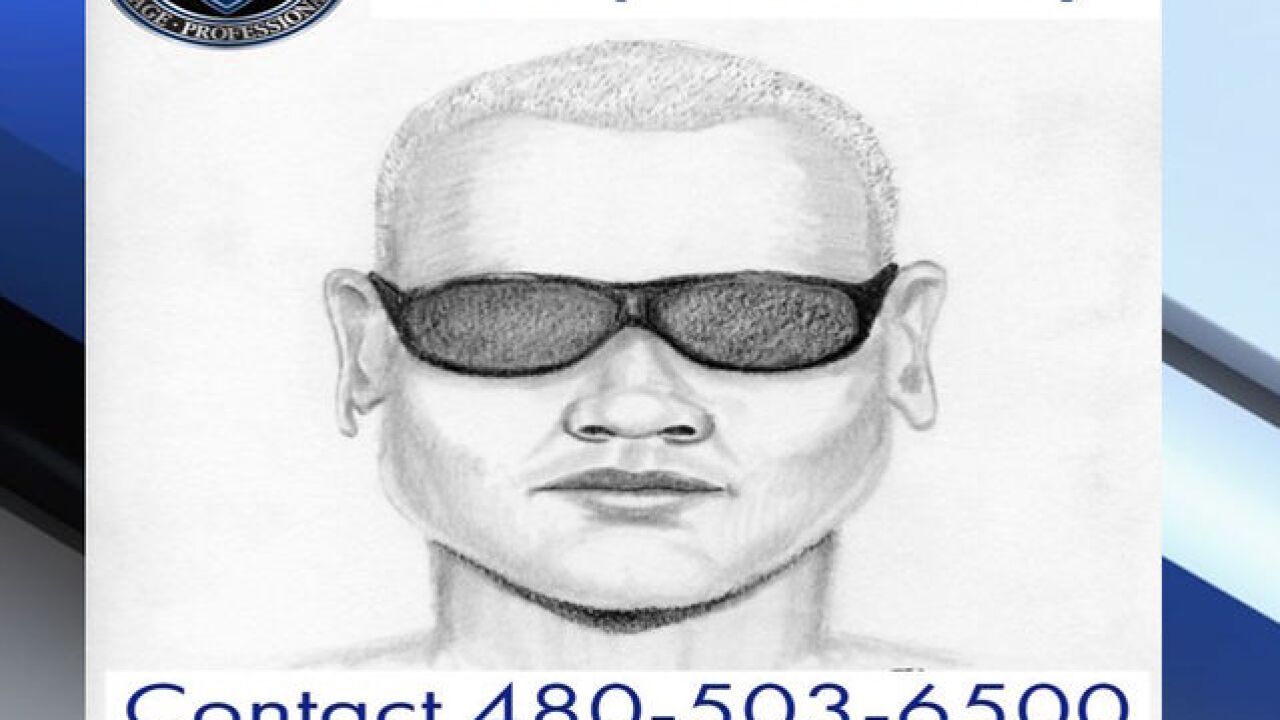 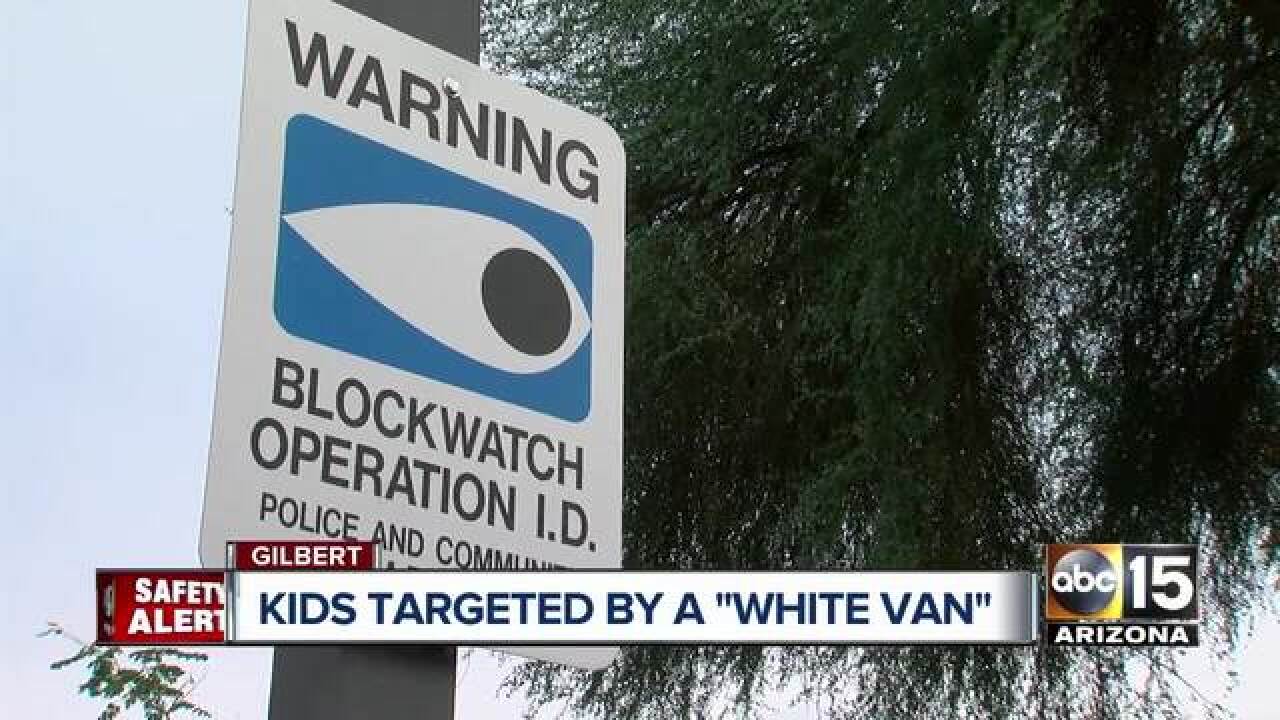 Parents are on high alert in the East Valley after another report of a white van following kids.

On Thursday morning, Gilbert police released a sketch of the subject who followed the 12-year-old girl.

Suspicious activity: On 09-13-18, this driver contacted a juvenile female near Lindsay and Williams Field. He was driving a white van. He is a white male, medium build, about 35 years old. Note the distinct injury on his right ear. Please call if you can help identify. pic.twitter.com/1IifuBKCMQ

Wednesday morning’s incident happened at a bus stop less than a mile away from last week’s incident. A young girl waiting there with her sister saw a white van, remembered recent reports and took off for another bus stop.

Habeba Saleh rides the bus to Quartz Hill Elementary school every day. Her stop on South Allen Avenue and East Phelps Street is always packed with kindergartners through sixth graders.

“She was at the bus stop with her little sister, and she went to the other bus stop around the corner because the white van was following her,” she said. “She was really scared, but she was a really brave girl.”

The girl reported it to school staff who notified police before sending a tweet and a notice for parents.

“I’m happy that they have phones so we can check on them because it’s really scary,” said Habeba’s mom, Manar Saleh.

The neighborhood is now tracking every development.

Last week, near Williams Field and Lindsay Roads, the girl involved asked the man in the van for a password and took off when he didn’t have it.

That step is now sparking new and ongoing conversations in this tight-knit community.

“We’re going to talk more to our kids about it,” Manar Saleh said.

“I’m going to be cautious and keep the little kids in a group and just stay with them to be safe,” Habeba Saleh said.

At this point Gilbert police does not think anything criminal happened at the bus stop but because of recent events, including another van scare back in June, the department is investigating.

Anyone who sees anything suspicious should call police right away.