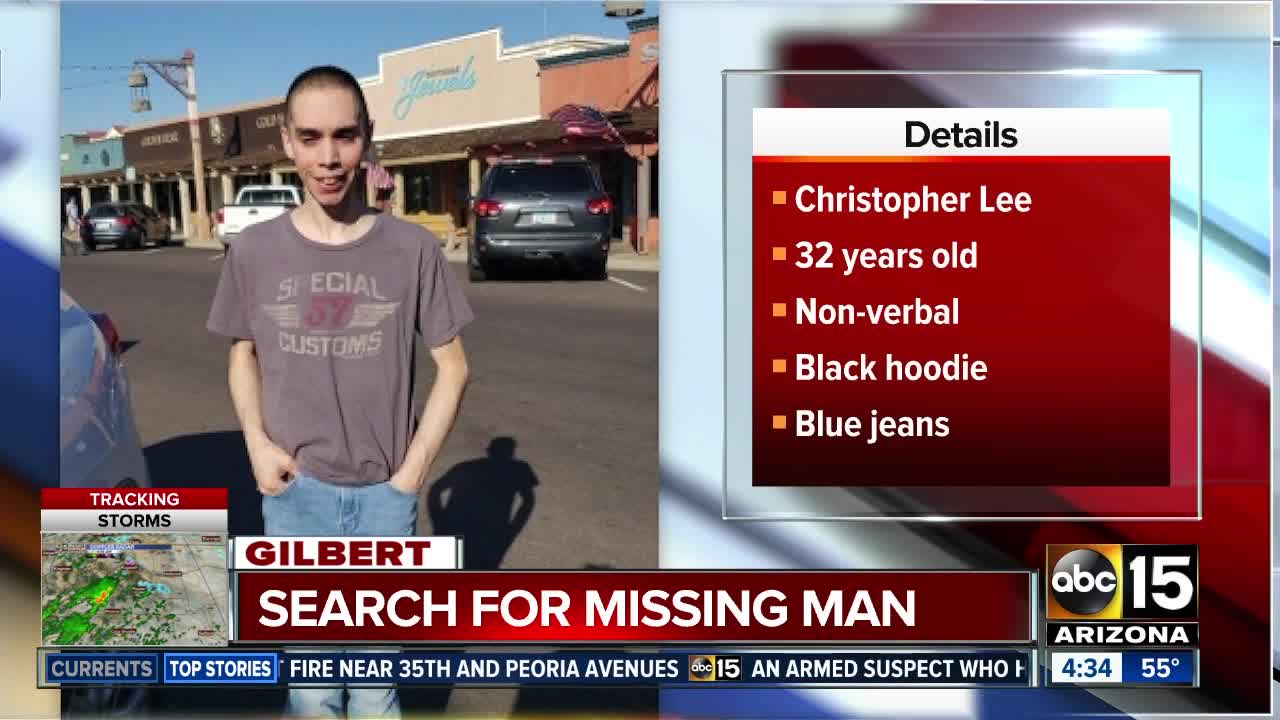 Gilbert police say Christopher Lee, 32, was with his father on an Amazon delivery route Monday evening when, at some point, Lee got out of the vehicle without his father's knowledge. 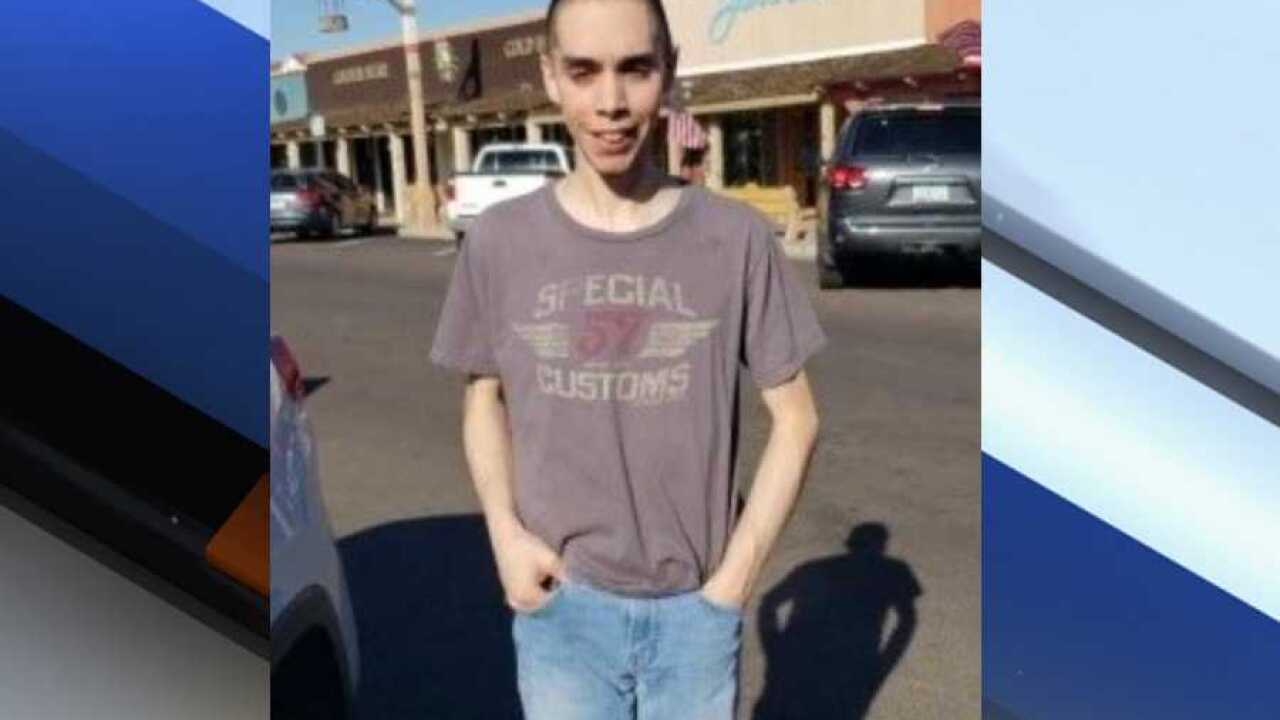 GILBERT, AZ — A non-verbal autistic man from Scottsdale reported missing in Gilbert after wandering away from his father's vehicle has reportedly been found safe.

Gilbert police say Scottsdale officers found him safely around 8 a.m. They did not give further information on his whereabouts.

Gilbert police say Christopher Lee, 32, was with his father on an Amazon delivery route Monday evening when, at some point, Lee got out of the vehicle without his father's knowledge.

Family says Lee was with his father between 5 and 6 p.m., but his father isn't sure what time he wandered off because he's normally very quiet.

He's believed to have walked off somewhere between Val Vista and Ray, and Greenfield and Pecos.

Police say Lee was wearing blue jeans and a black hoodie when he went missing.

He reportedly walks with somewhat of a limp, walks with his hands in his pockets and does not make eye contact.

Lee has autism, is non-verbal and is not able to identify himself. He does not know any information that would help him contact his parents and probably would not seek assistance, police say.

Family says Lee is not able to care for himself and hasn't gone missing in the past, but occasionally goes for long walks in their Scottsdale neighborhood.

"He does not know the Gilbert area, and has no telephone or ability to ask for assistance," police say.

Contact police if you have any information on his whereabouts.