‘Meter creep': Are you paying for gas you're not receiving? 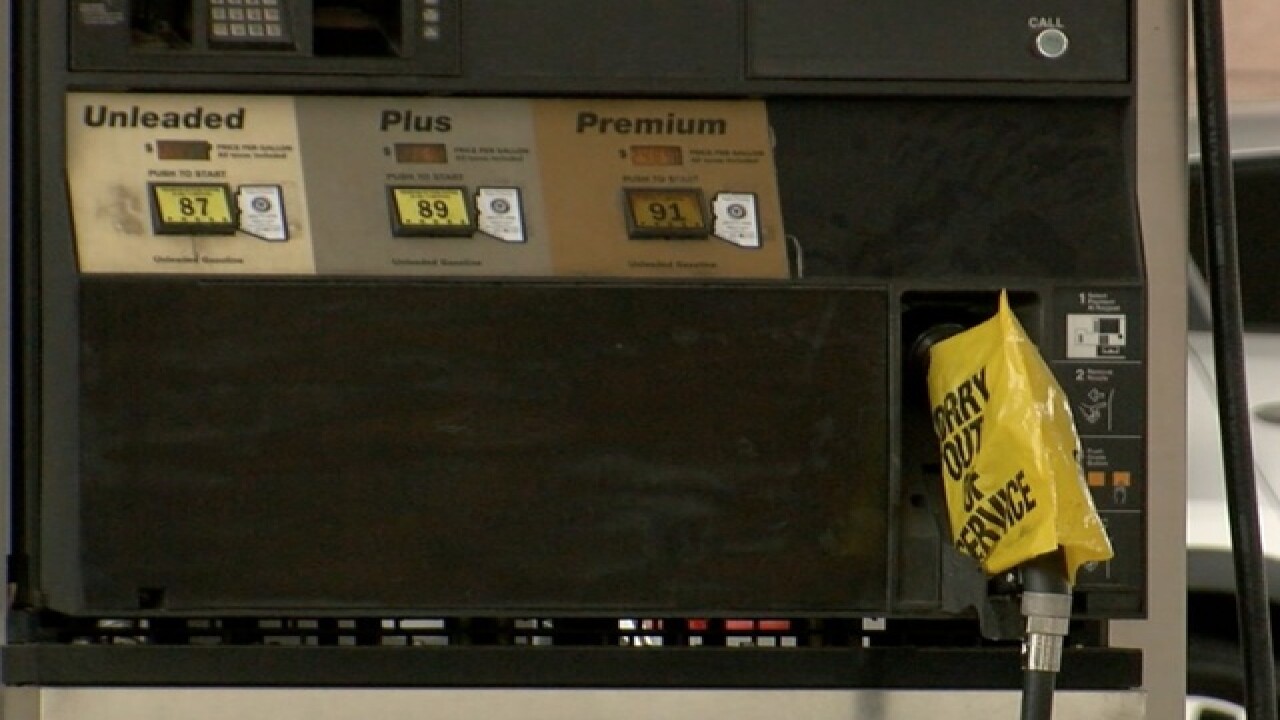 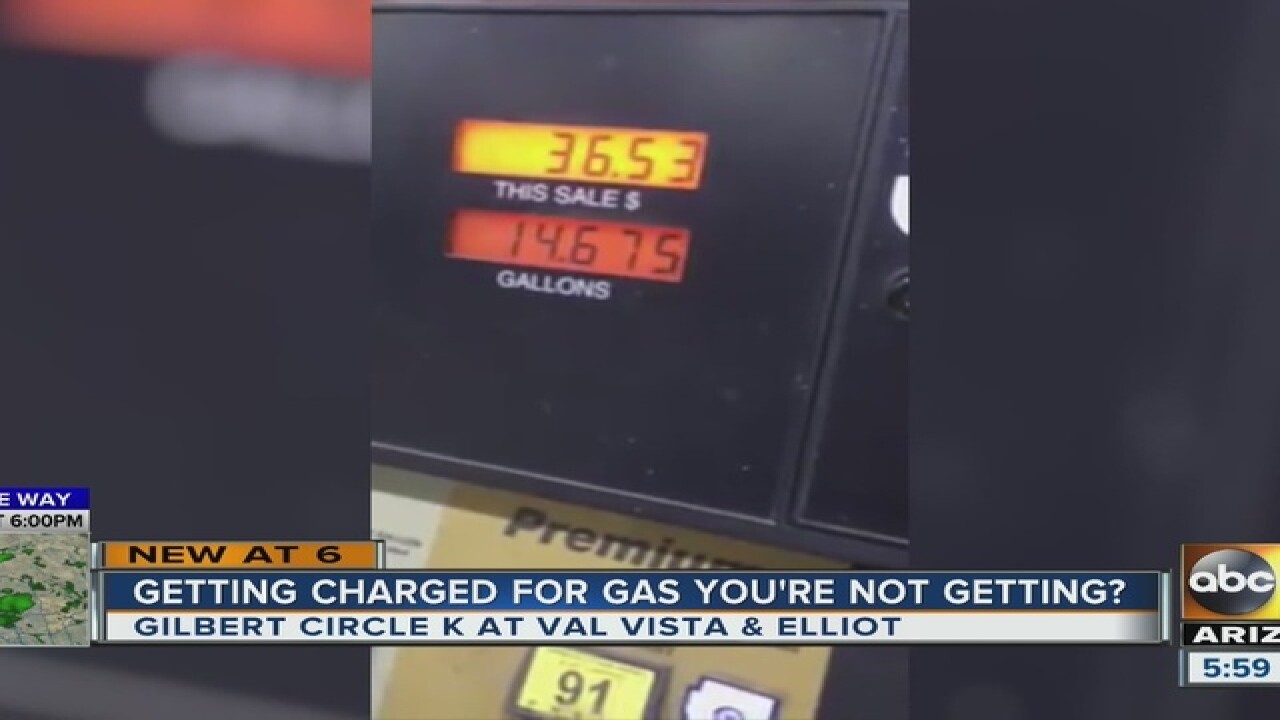 At the Circle K gas station in Gilbert near Val Vista and Elliot roads on Tuesday, the pump was out of Ryan Lee's car but the digits on the meter continued to climb.

"I heard the pump stop, but then when I got out of my car and I was looking at it, the numbers were still going up on the money part and how much gas I was getting. And then I took the handle out, and it was still going up," Lee said.

No, it's not a magic trick. But it makes your money disappear-- It's called a meter creep.

Lee caught the incident on video, which showed that the meter only stopped running when he put the pump back in the station.

"But if I would've kept it out, it would've just kept going," Lee said.

He received a full refund from the store, and that pump is now out of service.

According to the Weights and Measures Services Division at the Arizona Department of Agriculture, they monitor gas pumps every three years unless someone files a complaint-- that's if someone is paying attention to file a complaint.

"If I'm sitting on my phone in my car, and I let it sit for a second, I'll do that sometimes," Lee said.

A meter creep is not uncommon, according to Damien DeSantiago, the director of fuel inspection and regulatory programs at the Weights and Measures Services Division.

It doesn't necessarily mean you're being cheated. There could be a bad nozzle or meter. And, many times, the owner won't know unless a customer tells them,” DeSantiago said.

So, watch those meters.

To make sure you're getting the right price at the pump, try the Times Ten Rule. Stop the pump at exactly 10 gallons, then look at what you're being charged. Move the decimal point over one spot to the left, and it should match the price per gallon.

To file a formal complaint with the Weights and Measures Services Division click here.