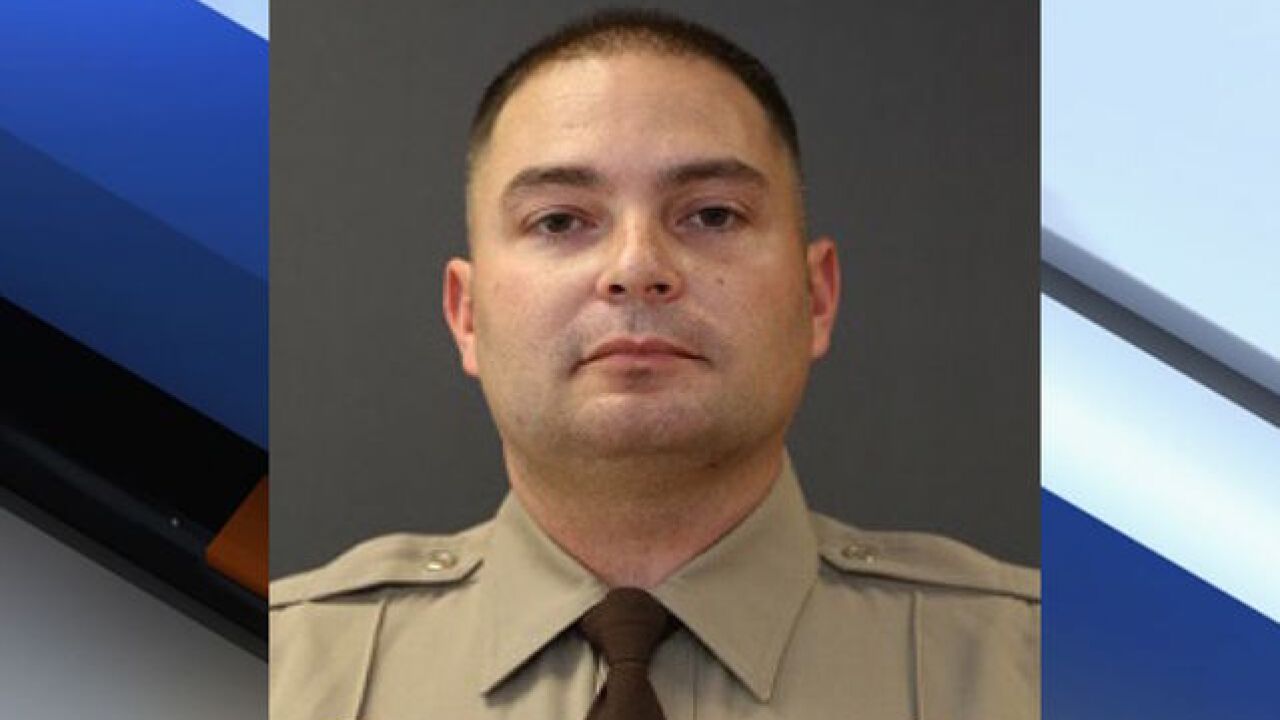 Copyright 2018 Scripps Media, Inc. All rights reserved. This material may not be published, broadcast, rewritten, or redistributed.
MCSO
<p>Joshua Kinnard</p>

The fiancee of an MCSO detention officer, who was fatally shot by Gilbert Police, spoke publicly for the first time since the death of her fiancee.

Joshua Kinnard, an Iraq War veteran and an MCSO detention officer for the past six years, died following the shooting on February 26.

According to Gilbert Police, a call about Kinnard acting erratically led officers to his home. Officers shot Kinnard as police say he had a gun and threatened them, making the officers fear for their lives.

During a sit-down interview, Kinnard's fiancee says he struggled with PTSD stemming from his time in the Marines, which overlapped with the start of the Iraq War. ABC15 confirmed Kinnard served in the US Marine Corps from 1999-2003.

"A lot of Josh's suffering came in the last...year of his life, and that's where he was having depression and survivor's guilt," said Kinnard's fiancee, Maggie, who asked we not use her last name. "A lot of his friends died there. He didn't know why he survived and they didn't."

Maggie says Kinnard was a wonderful father to their two-year-old daughter, Julianna.

"He was thoughtful and kind and caring," Maggie said. "He just had a way with people."

Maggie says Kinnard valued his service both in the Marines and at MCSO, which is why a flag with the thin blue line flies outside their home.

"I really, honestly, think that he had no clue when he passed away how much he touched people," Maggie said.

Maggie has retained an attorney and, until investigations into the shooting are complete, is not commenting on the circumstances surrounding Kinnard's death. She does, however, want to start a foundation to help other veterans and their families. She wants to help raise money for scholarships for veterans' children and help provide additional resources to veterans struggling with PTSD.

"Just to know that through his passing I'm able to help change other peoples' lives and to do good by other people, which is what he would always want us to do, would mean so much to me," Maggie said.

A YouCaring page has also been setup in the wake of the incident.

According to Gilbert Police, the two officers involved are back on full duty.

Gilbert Police told ABC15 they will release video from the body cameras worn by the involved officers after the Maricopa County Attorney's Office finishes with their investigation. A spokesperson for that office told ABC15 the case is still under review.