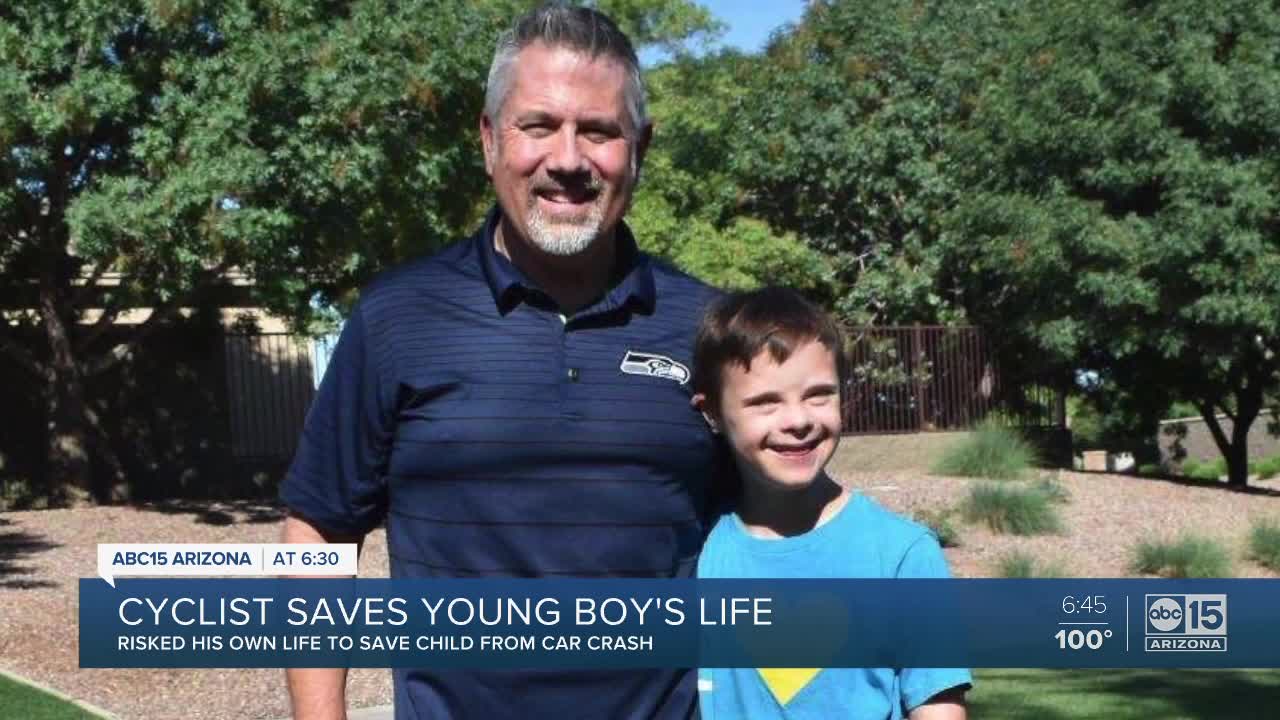 A Gilbert family is now thanking a Good Samaritan for saving their child's life after a close call.

GILBERT, AZ — A Gilbert family is now thanking a good Samaritan for saving their child's life after a close call.

11-year-old Rowan Brown has Down syndrome. His mother, Natalie Brown says since he is no longer able to go to school, they have a caretaker who helps care for him. He gets to go outside and play for recess every day. Rowan loved to ride his scooter and was at the park with his caretaker when the incident took place.

"The caretaker tells us he was not slowing down like he normally does. He decided to suddenly go just faster and faster. In her words, there was nothing she could do to catch up with him," said Brown.

That is when Brad Henry came by on his mountain bike. Henry was out helping search for a neighbor's missing dog when he rode past the boy. At first he thought it was just a child having fun, until he saw the caretaker and boy heading toward a busy Germann road.

As soon as he realized the caretaker needed help, Henry went after the child.

"I was pedaling as fast as I could to try to reach the boy before he got hit by a car. As I got to him I just kind of hopped off my bike and just kind of grabbed him," said Henry.

A car swerved around the two of them, as Henry held up his palm to stop others and got the child out of the road, to safety.

Brown said she was extremely grateful, and despite Henry downplaying what he did as something anyone else would have done, Brown said she knows not everyone would have acted so quickly. She believed she would have been preparing for her son's funeral, had Henry not swooped in to save the day.

"He's gifted our family and anyone who knows him with more years with Rowan, that is a gift of course," said Brown.

"Rowan wasn't going to stop, he had one thing on his mind, and it was to have fun. He's a very impulsive child and we're working through that, but had Brad not been there, Rowan would not be here, I really don't think he would have," said Brown.