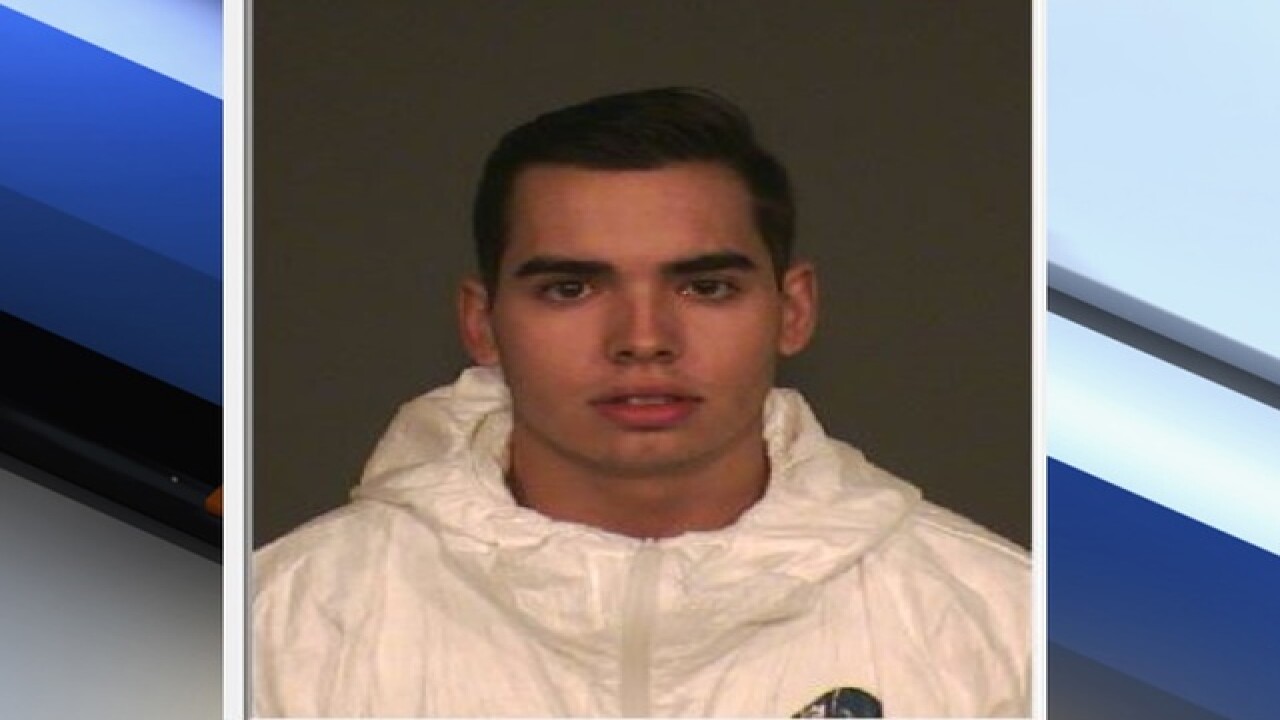 Authorities say a fight led to one roommate shooting another Sunday at a home near Chandler Heights and Higley roads.

Officers say 21-year-old Zachary Penton called police and told them he shot his roommate, 41-year-old Daniel Garofalo, after some sort of altercation.

Garofalo was pronounced deceased on scene.

Penton was taken into custody without incident. He is being held on suspicion of second-degree murder.

Just two days before the murder, Penton appears to have posted a threat on a social media account connected to his name.

Gilbert police said while they cannot confirm the account is Penton's, they "are looking into the possibility."

A woman who answered the door at Penton’s previous residence referred ABC 15 to an attorney.

Regarding the tweet, the attorney, Josh Davidson, said people often type statements that are not mean to be taken literally.

Bond was set at $750,000 for Penton at his initial court appearance Monday after being booked on a murder charge.

Penton told police he scuffled with Garofalo after being told to move out and he feared for his safety before shooting him.