Gilbert police officer helps elderly woman after she was scammed 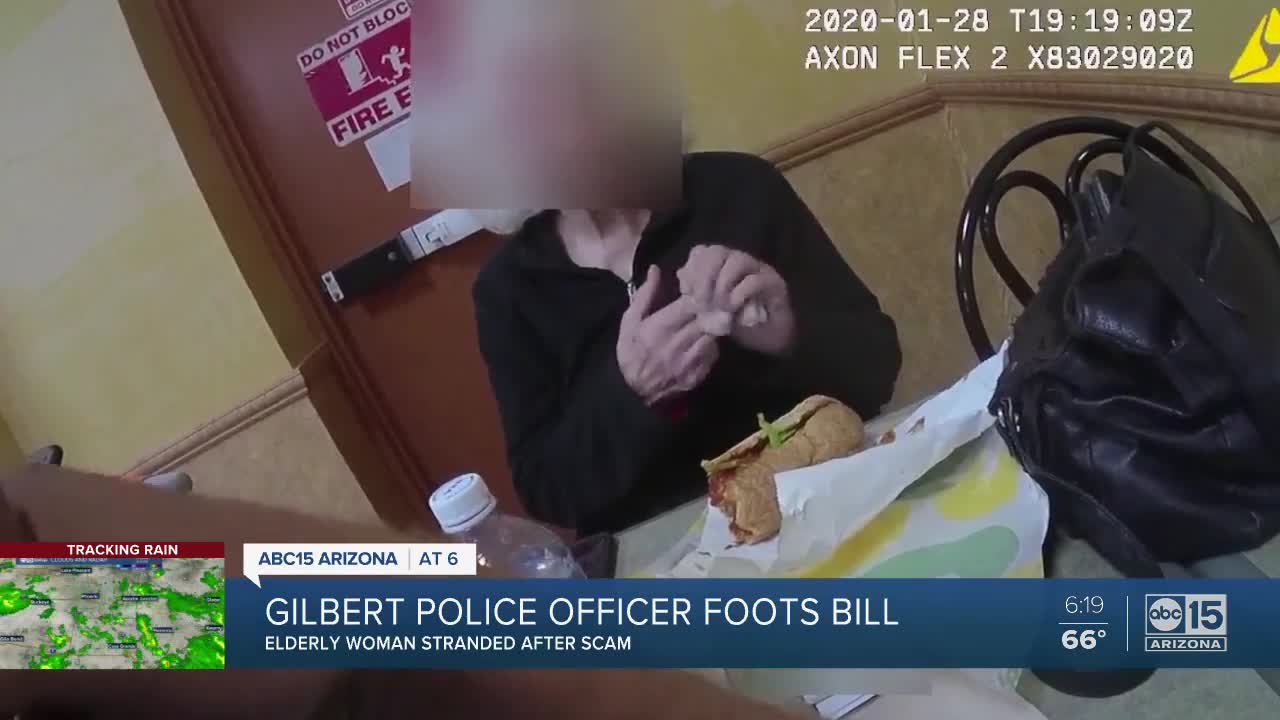 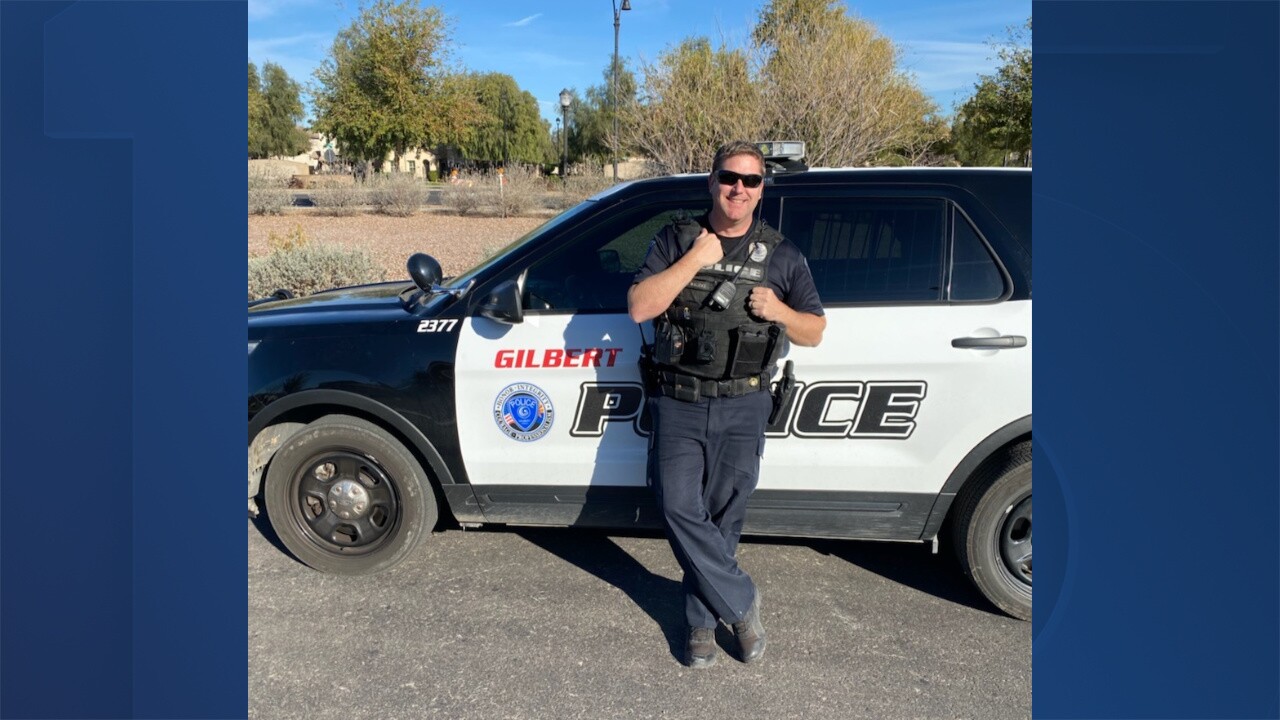 GILBERT, AZ — A Gilbert police officer made a kind gesture for a woman at her lowest point.

According to the Gilbert Town Hall's Facebook page, an elderly woman traveled to Gilbert to meet up with who she thought was her boyfriend, with the expectation that they would soon get married.

The woman spent the last of her money to travel and see him. All to find out she was being scammed. She was left in Arizona, with no money and no family to help her.

Walicke said last Monday he was called to a Walmart near Power and Ray roads to check on an elderly woman who'd been sitting inside a Subway for almost 24 hours.

He said the woman told him she was talking with the man for over a year, even sending him money by gift cards.

After Walicke heard her story, he decided he needed to help the woman.

“This could have been anybody’s grandma,” said Officer Walicke. “She had flown in from Illinois this past Friday, and when she got to the airport she had the expectation that she was going to be meeting a man and having a relationship, and a new start at life.”

He spoke with the woman’s son in Illinois, and used his own money to purchase a plane ticket for the woman to go back home.

“I just decided that the right thing to do, to get her home so that she could thrive, would be to just take her to Sky Harbor, walk up to the American Airlines counter and buy her a one-way ticket back to Chicago,” said Walicke.

The woman arrived home safely, where her son picked her up from the airport.