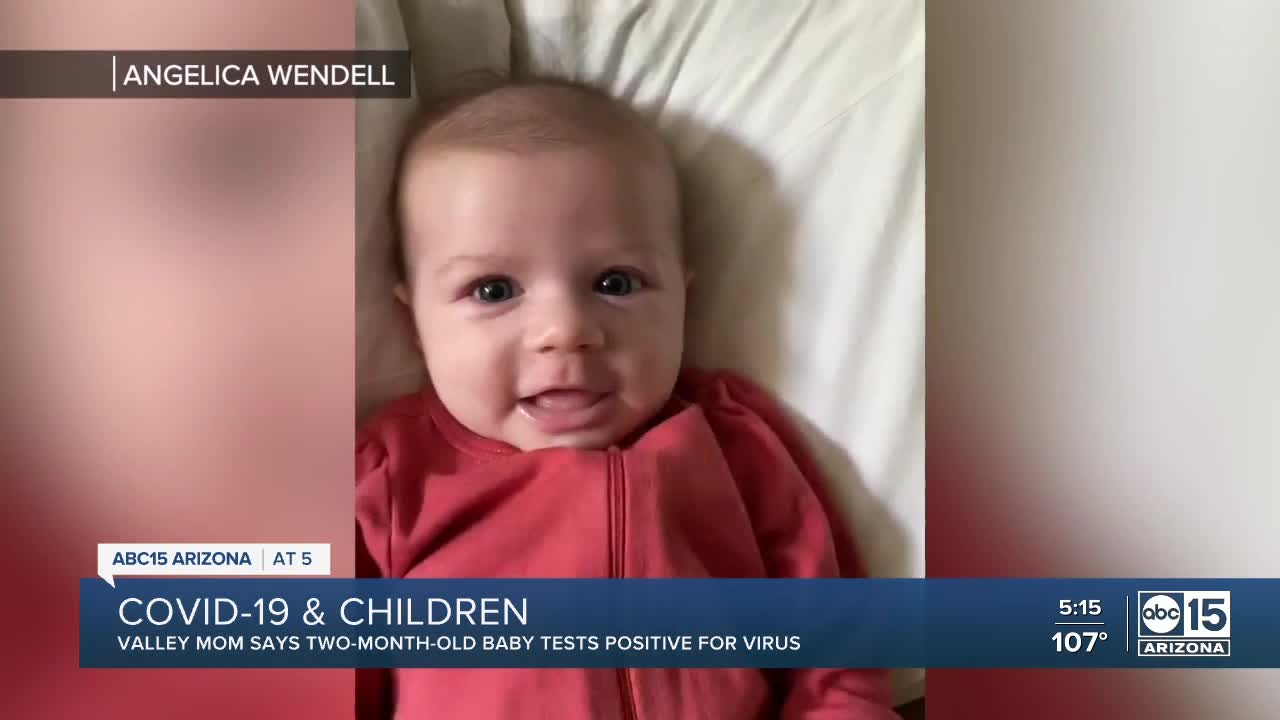 A Valley mom says her two-month-old baby has tested positive for COVID-19.

GILBERT, AZ — A 2-month-old in Gilbert has tested positive for COVID-19, according to her mother.

Angelica Wendell thinks her newborn Eevee contracted the virus from Wendell's sister, who was at their home visiting recently and later developed symptoms. She was shocked to find out her daughter had the virus.

"Everyone's like kids don't get it, so it's not a big deal, it's just old and sick people. So when you find out your newborn has it, she's my first kid, so I've never had another baby to experience any other illness with, so when you find out it's COVID, it's just heartbreaking. I started panicking because I didn't know what was going to happen," said Wendell.

Wendell said Eevee first developed a fever and stopped acting like her happy self.

Dr. Eunice Yoon, a critical care pediatrician at Banner's Cardon Children's Medical Center, said it's hard to know for sure how common the virus is in infants.

"We know that kids overall are maybe 5-10 percent of all the positive tests that we have. But we're also not testing everyone, so it's hard for us to know. We also know that babies primarily are getting their infections from adults. They're not getting them from other kids."

She said babies and children with the virus usually have mild symptoms, and up to 50 percent of children don't show symptoms at all.

"We're always worried about those newborn babies when they're less than a month; their immune systems are not fully developed. We don't know whether this viral illness could predispose them to other illnesses, and we don't know if there's going to be any effects down the road for these kids," said Dr. Yoon.

Wendell hopes others learn from her story and take precautions.

"Just be careful, even if you don't let your baby outside be careful who you let around them because you think even your family is fine, but you may not know exactly what they're doing. It's very sad to watch your child, especially with this disease that no one really knows a whole lot about," said Wendell.

Wendell has had a fever but doesn't have severe symptoms. She got tested for the virus but hasn't gotten results back yet.