Gilbert HOA drama continues with lawsuits, battle for board seats 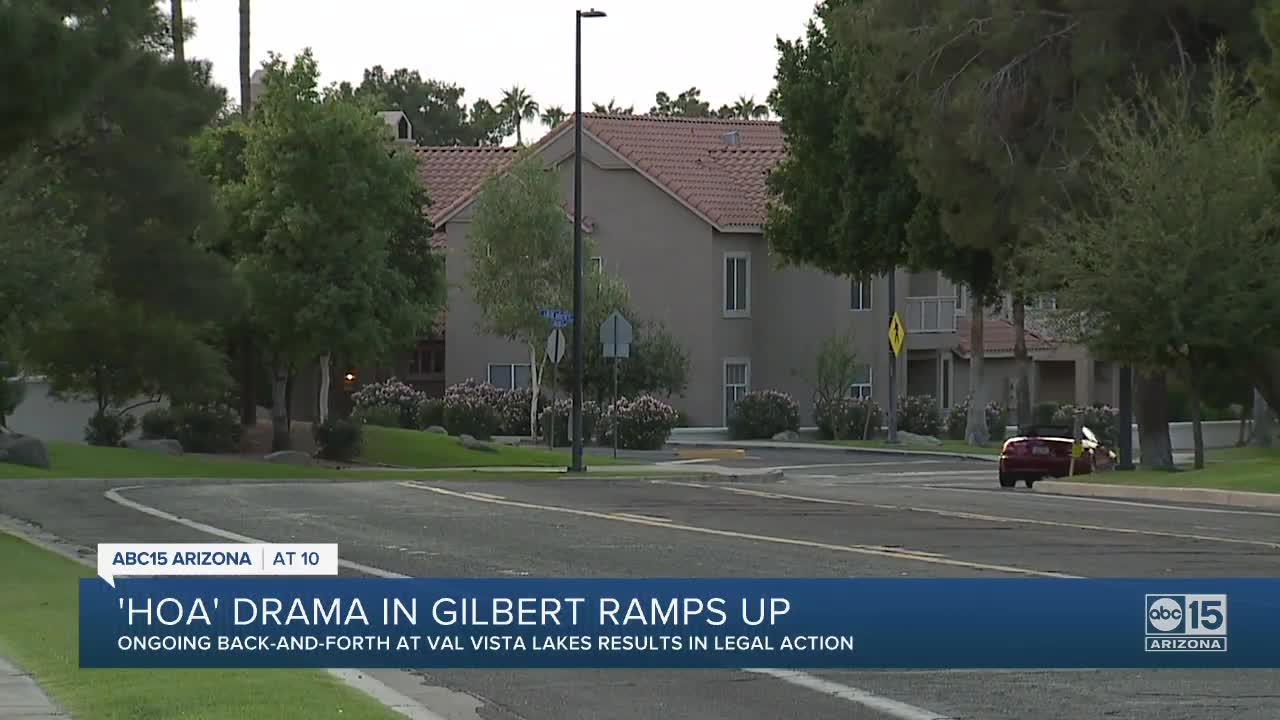 In the lawsuit, the ladies repeatedly cited critical online comments to support their claims that they are victims of defamation, invasion of privacy, and emotional distress, among other things. GILBERT, AZ — The Val Vista Lakes' HOA in Gilbert has been riddled with drama for more than a year.

There have been screaming matches, election recalls, angry Facebook posts, and now a civil lawsuit involving dozens of neighbors.

"It is contentious," said Jim Schmidt, who lives in the idyllic community. "There’s a smoldering anger in this community."

ABC15 experienced the anger firsthand in January of 2020, when a board member screamed, "Get away from me" in ABC15 reporter Cameron Polom's face.

The board member was upset because we were asking questions about the board's proposed social media policy, which threatened to fine residents for negative Facebook comments about the board.

So the proposal did not pass, but that was not the end of it.

"Despite the community concern, they issued a cease and desist letters to nine selected individuals and threatened them with daily fines and loss of privileges," said Nielsen.

Nielsen and other fired up neighbors started a campaign to push back.

"We had a successful recall election. We took out the bad actors," said Nielsen, referencing the removal of the President and VP of the HOA board.

That removal though, did not end things either.

On August 31, three women connected to the old board, filed a lawsuit against at least 20 of their neighbors.

In the lawsuit, the ladies repeatedly cited critical online comments to support their claims that they are victims of defamation, invasion of privacy, and emotional distress, among other things.

"It appears to be baseless harassment and intimidation," said Nielsen.

Friday afternoon, ABC15 called, emailed, and texted all three women who are named on the lawsuit. None of them responded to our repeated requests for an interview or comment.

Both Jim Schmidt and Steven Nielsen are being sued.

The two men have spent tons of time and money battling with their neighbors, calling for transparency and accountability, and angling for control of the HOA board.

"Currently, four of the seven board members are left standing," said Nielsen. "The president and vice president were recalled. Two members quit for various reasons, and then a third member quit last week, so we don’t have a quorum."
Now there is an election for six of the board's seven seats.

"I’ve been getting postage in the mail and kind of reading through it," said Zach Campbell, who lives in the neighborhood. "And it sounds like there is A big argument going on between two different sides...I’ve never heard of an HOA being this passionate before."

While most Arizonans are focused on the future of the White House or McSally-Kelly, a group in Val Vista Lakes has another election on their minds.

"This election here in Val Vista Lakes is one of the most important," said Schmidt.

"The most critical election this community has ever had," said Nielsen.