Gilbert girl gets snowy surprise thanks to Casa Grande PD 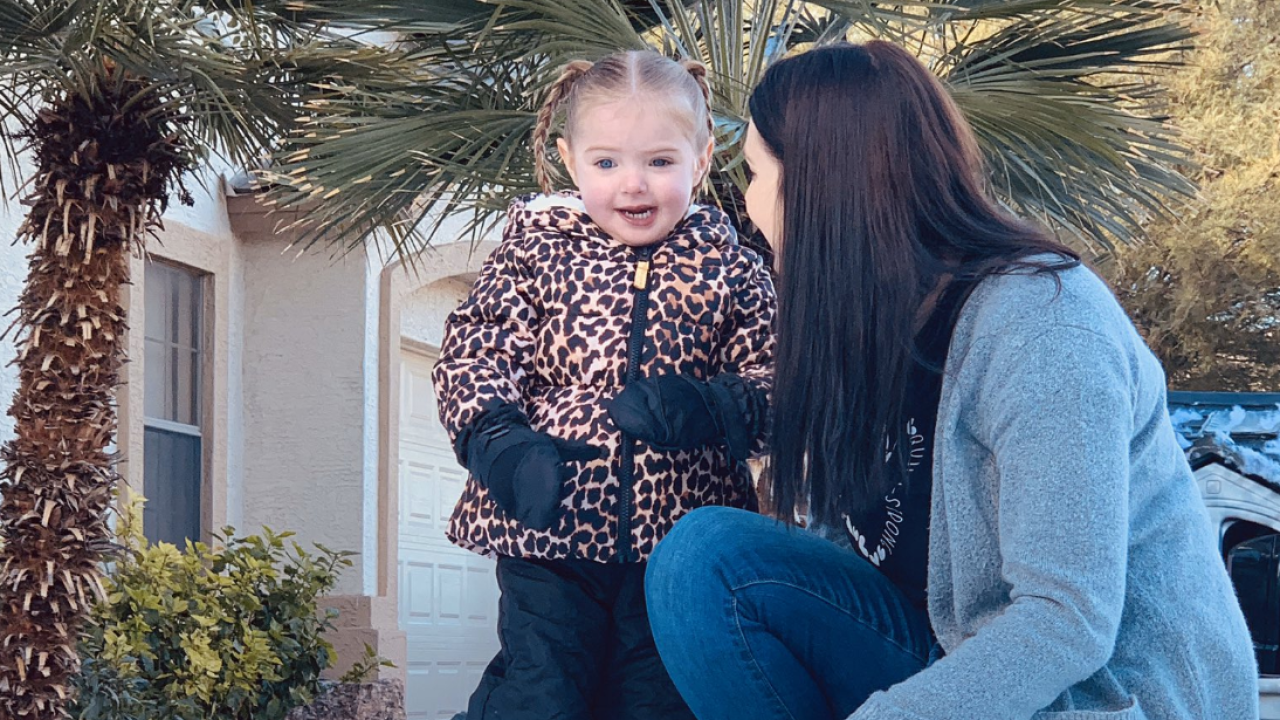 GILBERT, AZ — A Valley two year-old got a huge surprise Friday morning with five tons of snow dropped in her family's driveway.

Quinn Walker looks like any two year-old but she's actually missing the left side of her heart. Her family wanted to make the trip up to the high-country to see the recent snowfall but Quinn's doctors said she's too sick.

Casa Grande police heard about the family's disappointment so they brought the snow to her.

"She's had a chance to throw some snowballs and her brothers - do all that stuff here in Gilbert," said Adam Walker, Quinn's father. Walker is a firefighter for the Casa Grande Fire Department.

Quinn is scheduled to have her third open heart surgery in April and will likely need a heart transplant.