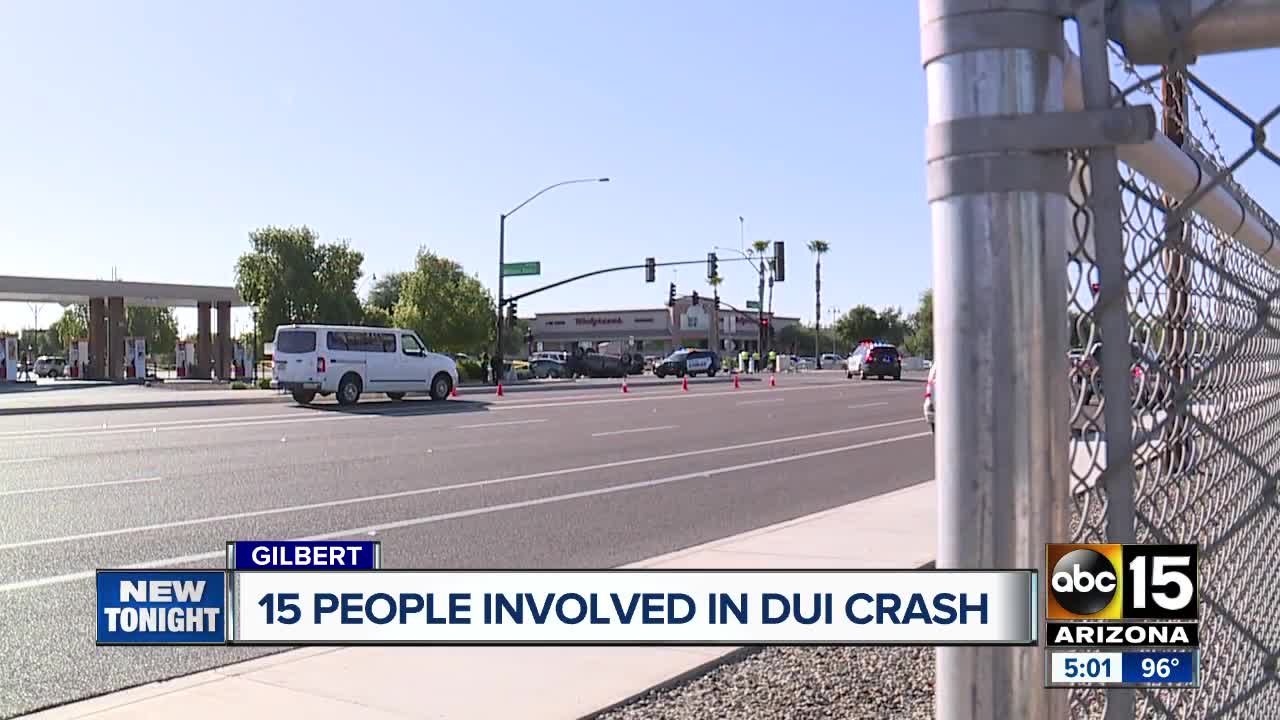 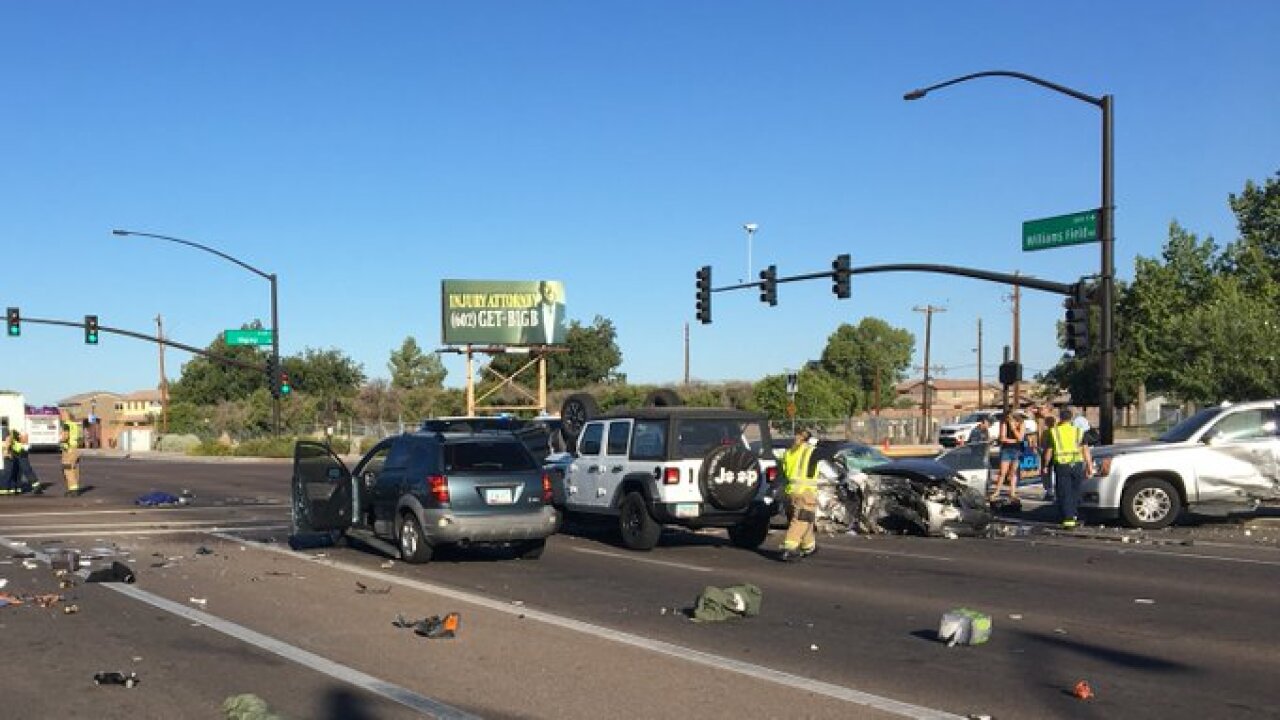 GILBERT, AZ — Police say a man believed to be impaired caused a multi-vehicle crash in Gilbert on Sunday morning.

According to Gilbert police, 26-year-old Jorge Medina ran a red light at Higley and Williamsfield roads, causing a chain-reaction of crashes.

Police say Medina crashed into a Toyota Tundra carrying a family of five traveling eastbound, causing it to overturn. Medina's vehicle and the truck then struck a GMC Yukon occupied by a family of eight on their way to church. Two other vehicles were also struck in the chain-reaction that followed.

Gilbert police say a 12-year-old girl was injured in the Toyota Tundra, and was taken to the hospital with minor injuries. Four children in the GMC Yukon were in car seats and uninjured.

Medina was taken to the hospital in serious condition.

Police say impairment is believed to be a factor in this crash, and are charging Medina with DUI and 13 counts of endangerment.