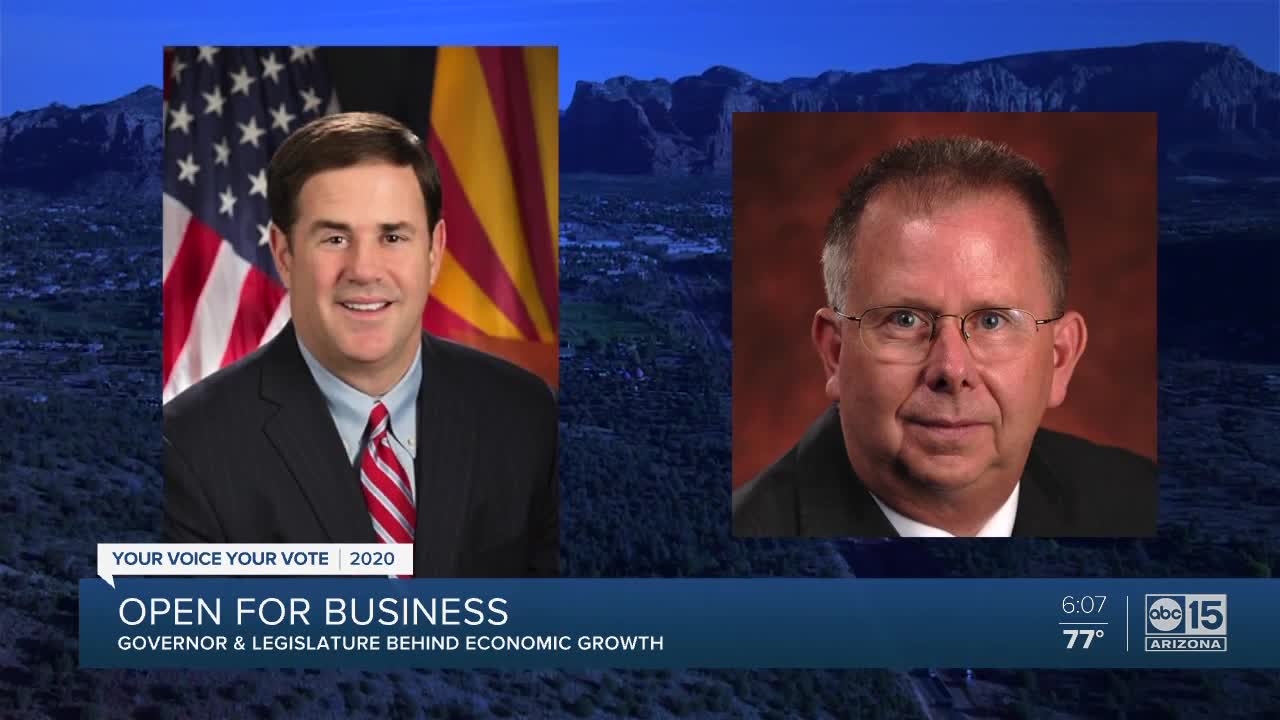 In 2012 Yoke Chung and his business partner Troy Swope, at the time engineers at Intel had an idea. Remove plastics from our lives.

GILBERT, AZ — While some of President Trump's policies may have helped, Arizona's economic growth is self-made.

In 2012 Yoke Chung and his business partner Troy Swope, at the time engineers at Intel had an idea. Remove plastics from our lives.

So in 2015, with three other engineers they decided to take on the 220-million dollar plastics industry by creating Footprint. A company that is now transforming the food industry by replacing plastic food containers with trays, bowls, plates and straws.

All products are made from wood fibers and are fully recyclable and more importantly, they are bio-degradable.

Footprint employs 200 people in Gilbert and another 900 people at locations in South Carolina and Mexico. It was talent more than tax breaks which keeps Footprint's main operation in Gilbert.

"We did look at Utah and some other states," Chung says, "To me Arizona is #2 Silicon Valley. It's got a lot of engineers here. We have a lot of tech here. The brain trust I can get here in Arizona."

Since 2015 more than 300,000 new jobs have been created in Arizona. The Director of ASU's William Seidman Research Institute, Dennis Hoffman, gives much of the credit to Governor Doug Ducey and the State Legislature.

Hoffman says in the aftermath of the 2010 anti-immigration bill SB1070, Ducey worked hard to build a strong trade partnership with Mexico.

According to the U.S. Census Bureau, in 2019, Arizona exported more than $8 billion dollars worth of goods to Mexico. Hoffman says a welcoming business climate that embraces innovation and reduced regulations are also helping.

When President Trump's visit to Arizona was announced, his campaign credited the Trump Administration with creating more than 238,000 jobs in Arizona. At the State Capitol that sort of talk is met with a shrug.

"I'm used to people running to the front of the parade," says State Representative T.J. Shope. "At the same time there's a lot of people doing good things and there is enough credit to go around," Shope says.

Meanwhile back at Footprint, there are orders to fill for a who’s who of corporate giants, Con Agra Foods, Walmart, Tyson Foods, Target, Comcast, Clover and Bose who are all buying into Footprint's mission of removing plastic from the world.

Expansion to Europe and Asia are in the works, and maybe soon, here. "We can expand further in this business park or a different park," Chung says, "It's easier to put things in Arizona."