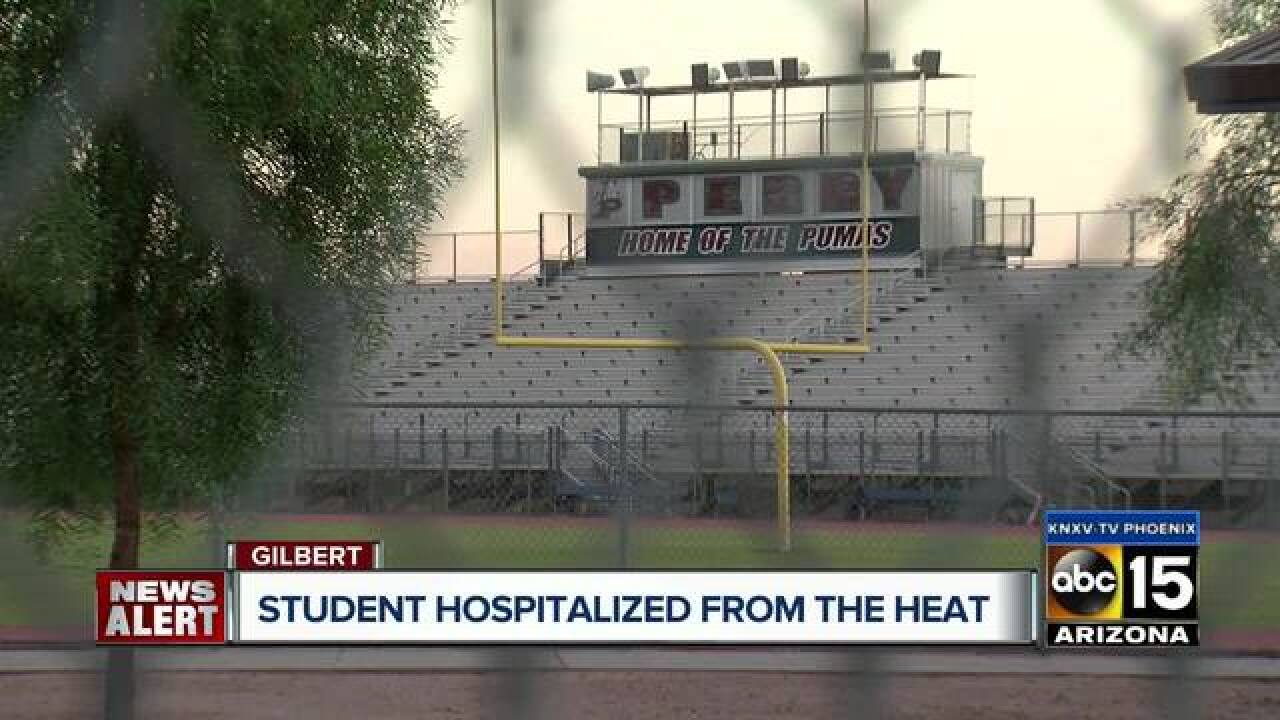 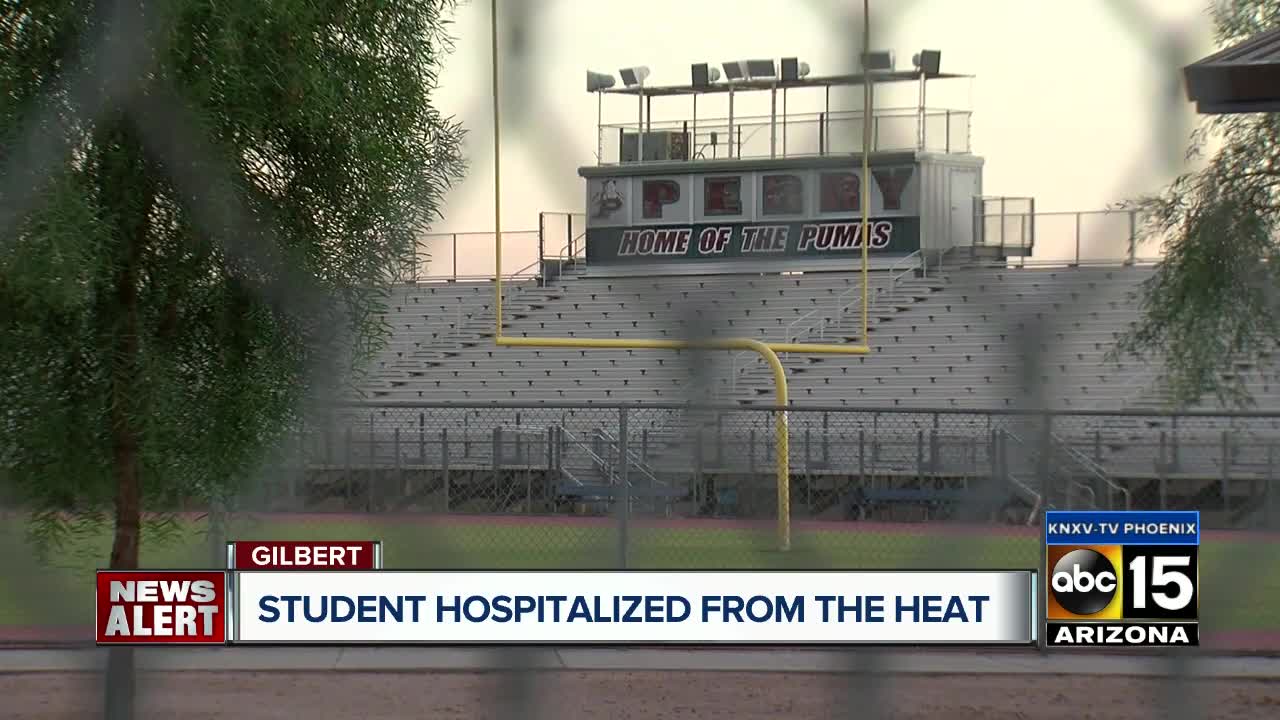 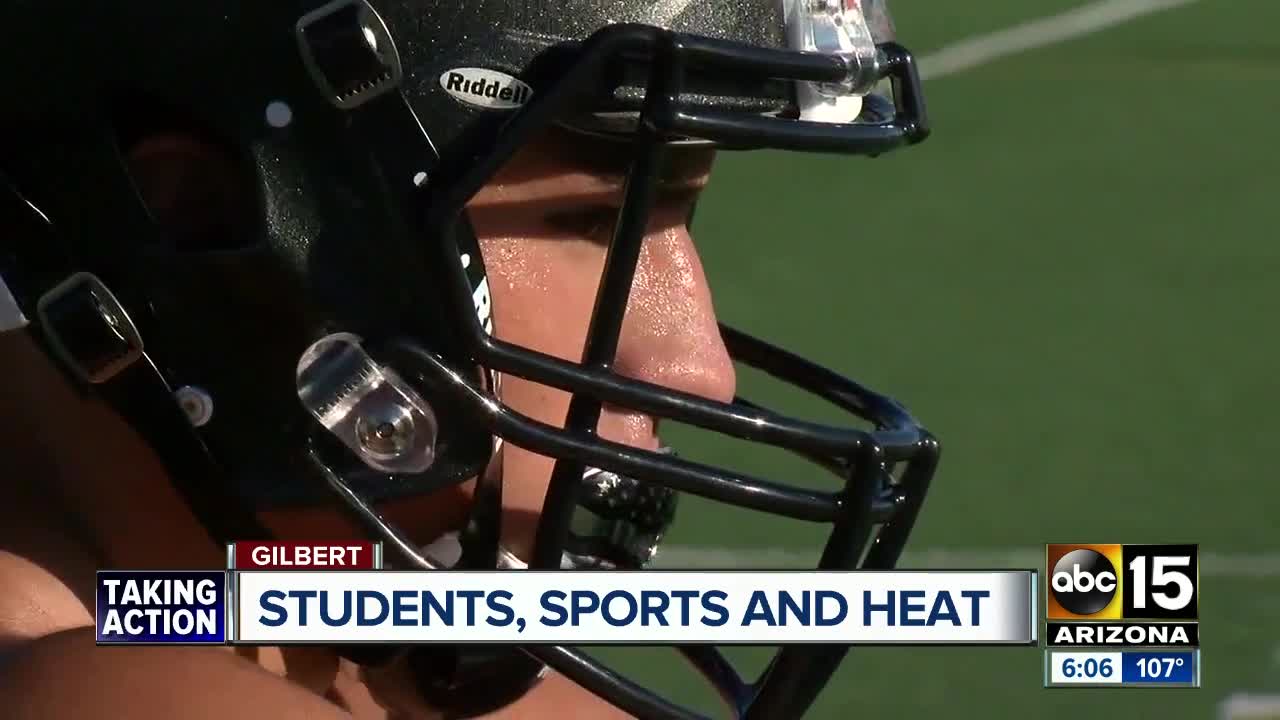 School officials are looking into complaints from parents after a Gilbert student was taken to the hospital Wednesday for heat-related illness during football practice.

Gilbert fire officials said the Perry High School student was outside practicing on the field in the afternoon when he fell ill.

Another teen working out inside the school also had to be treated on scene for heat-related illness, fire officials said. He was not transported to the hospital.

Chandler Unified School District spokesman Terry Locke confirmed a student was "transported for heat" as a precaution. He also confirmed that the school's athletic director "is looking into their [parents'] concerns" about the incident.

David Hines, Executive Director of the Arizona Interscholastic Association, said the teen was released and back at school the next day.

Arizona hasn’t had a heat-related death for a high school football player in 30 years.

“I think it's a testament to our trainers that work with that,” said Hines. “That they've learned over time that we have to be smarter.”

About three-quarters of AIA schools have athletic trainers on hand as well make ice baths and gallons of water available during practice.

AIA also implements a 14-day acclimatization policy which limits players to helmets only and one practice a day for the first week of the program so they can get used to the heat.

It can feel up to 30 degrees hotter inside a helmet.

Due to a lack of medical research on our climate in Arizona, there is no heat limit set that governs when players shouldn’t be practicing. Now, the AIA is working with doctors and trainers from across the southwest to get on in place for the future season.

“What is too hot?” asked Hines. “That's the challenge we just don’t have anything to put our stamp on.”

Temperatures passed record levels on Wednesday afternoon, with the high hitting 116 degrees at the hottest point of the day. Check full forecast.