Crash sends one person to hospital in Gilbert 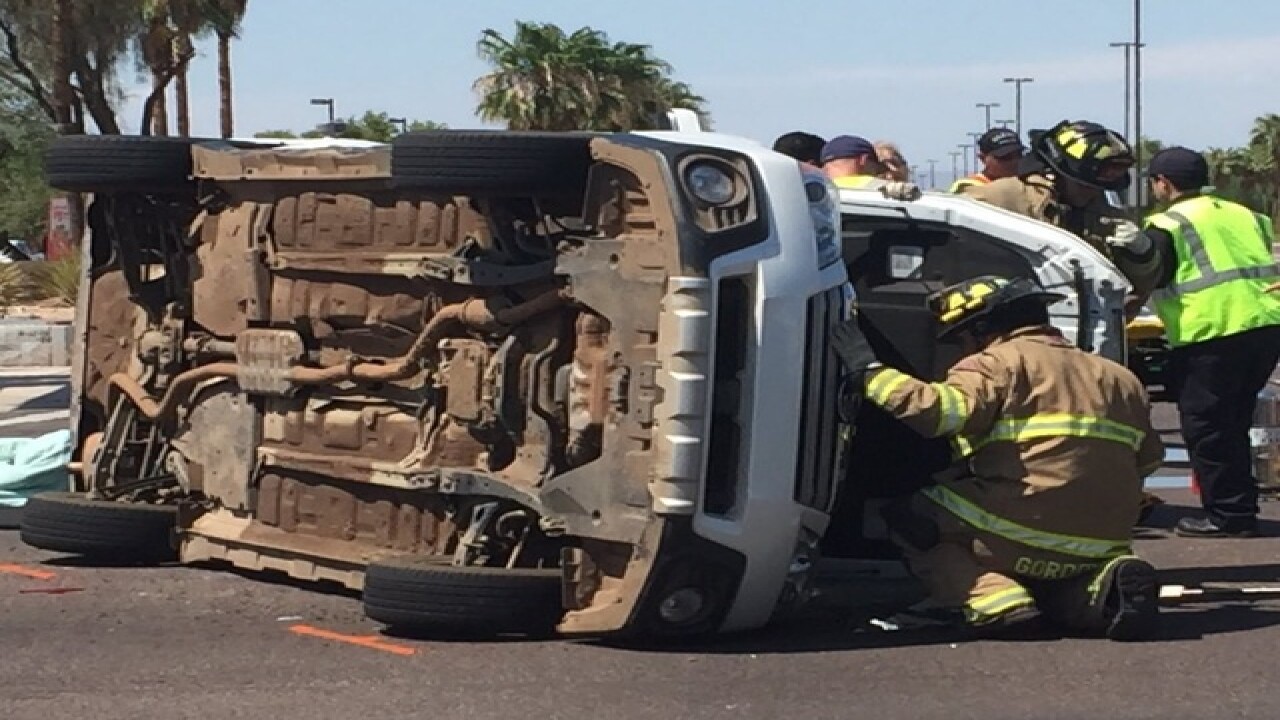 Four people were injured in a two car crash in Gilbert Thursday afternoon.

Gilbert Fire crews say one of the patients was transported to a trauma center after being extricated from their vehicle.  The remaining patients refused treatment.

Gilbert and Ray roads are closed while police work to clear the scene.

Stay with ABC15 News, abc15.com and ABC15 Mobile for updates to this developing story.