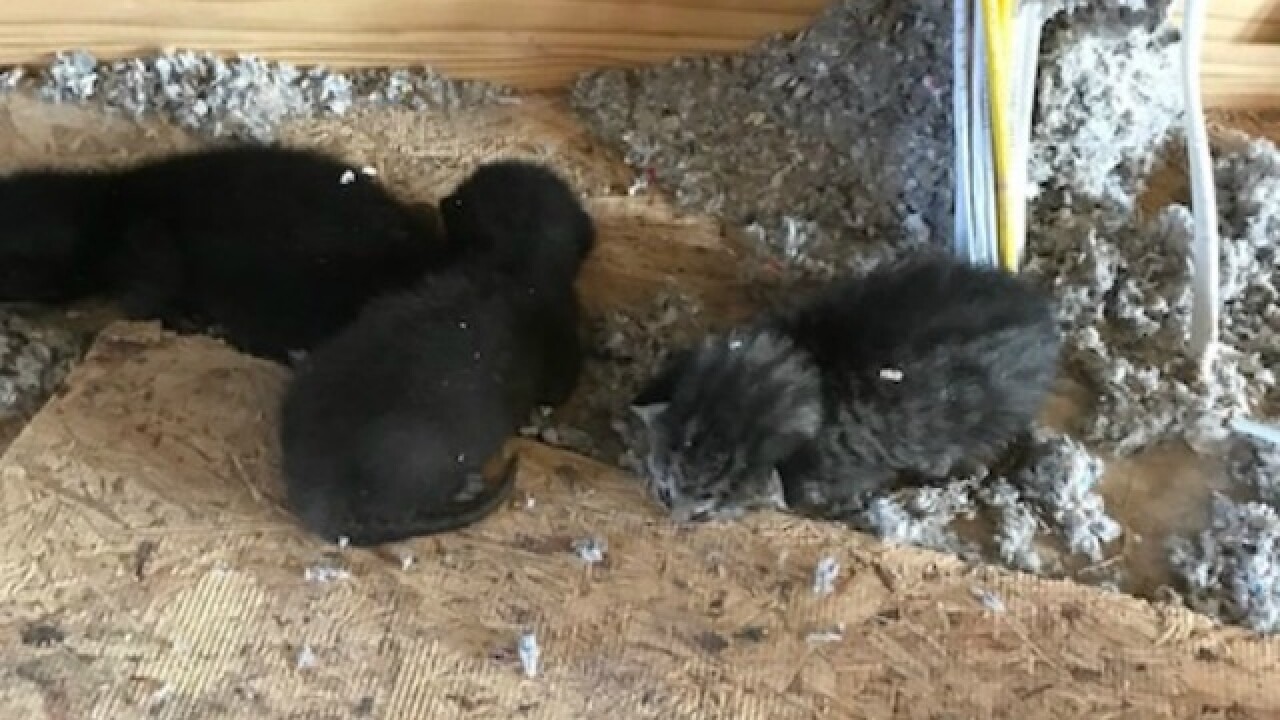 It wasn't the cat house they were expecting.

A mother cat and three of her young were rescued from a construction site recently in the East Valley, according to officials with Fulton Homes.

One worker found the litter hiding in an unfinished wall of a model home that was currently being built, they said. The momma cat got spooked and ran away, but was later caught.

According to a news release, construction was delayed for a few days. Workers partnered with a local animal rescue to help the kittens, who had moved into a nearby sewer.

Eventually, the kittens and mom were safely rescued and are being cared for by the animal rescue.