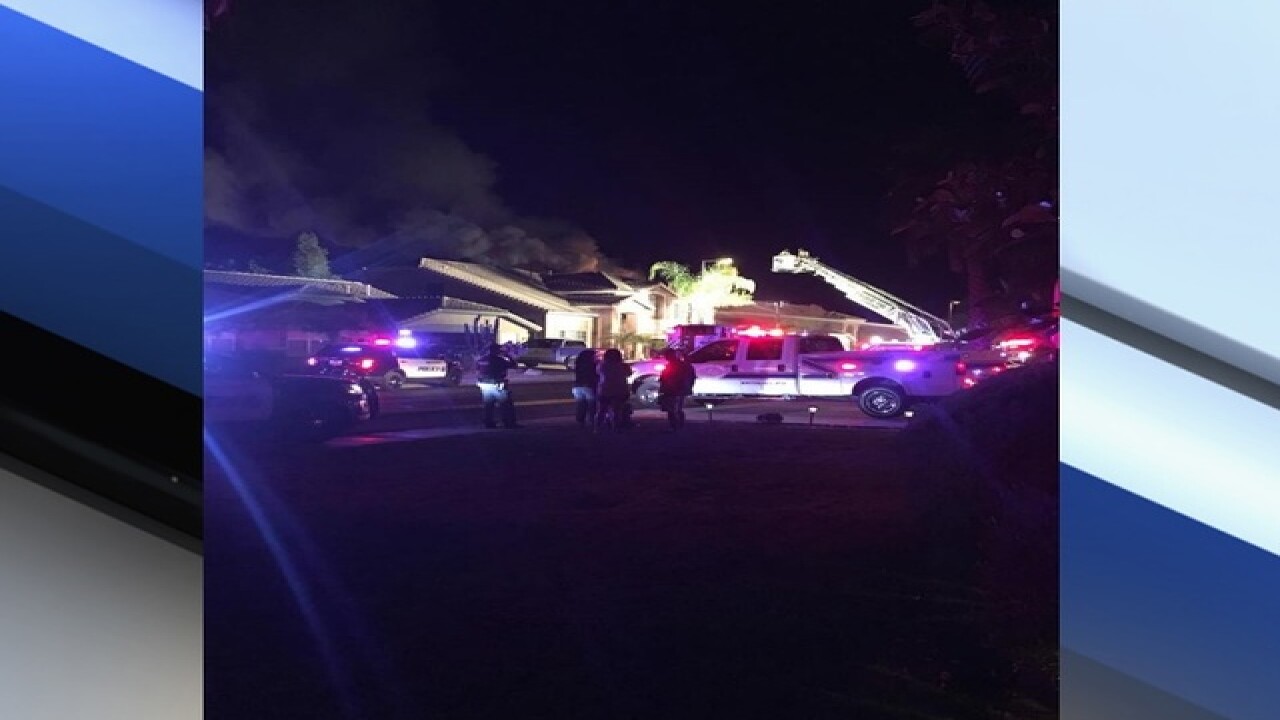 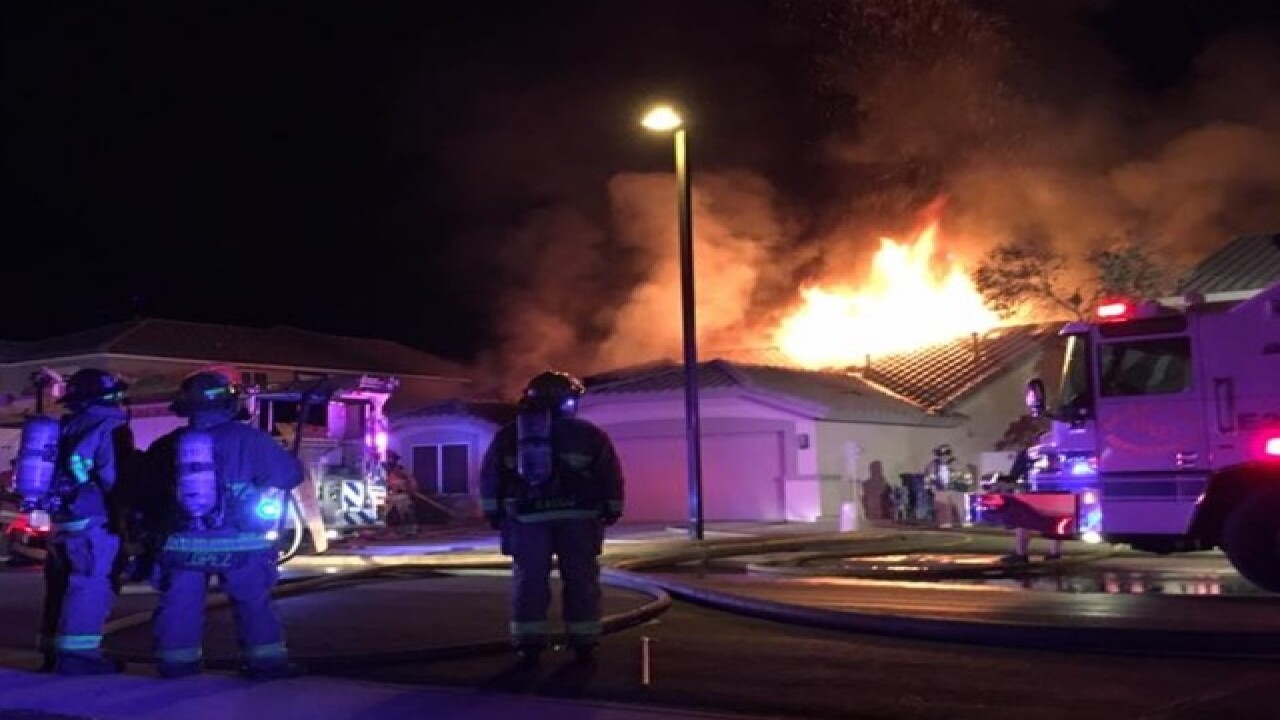 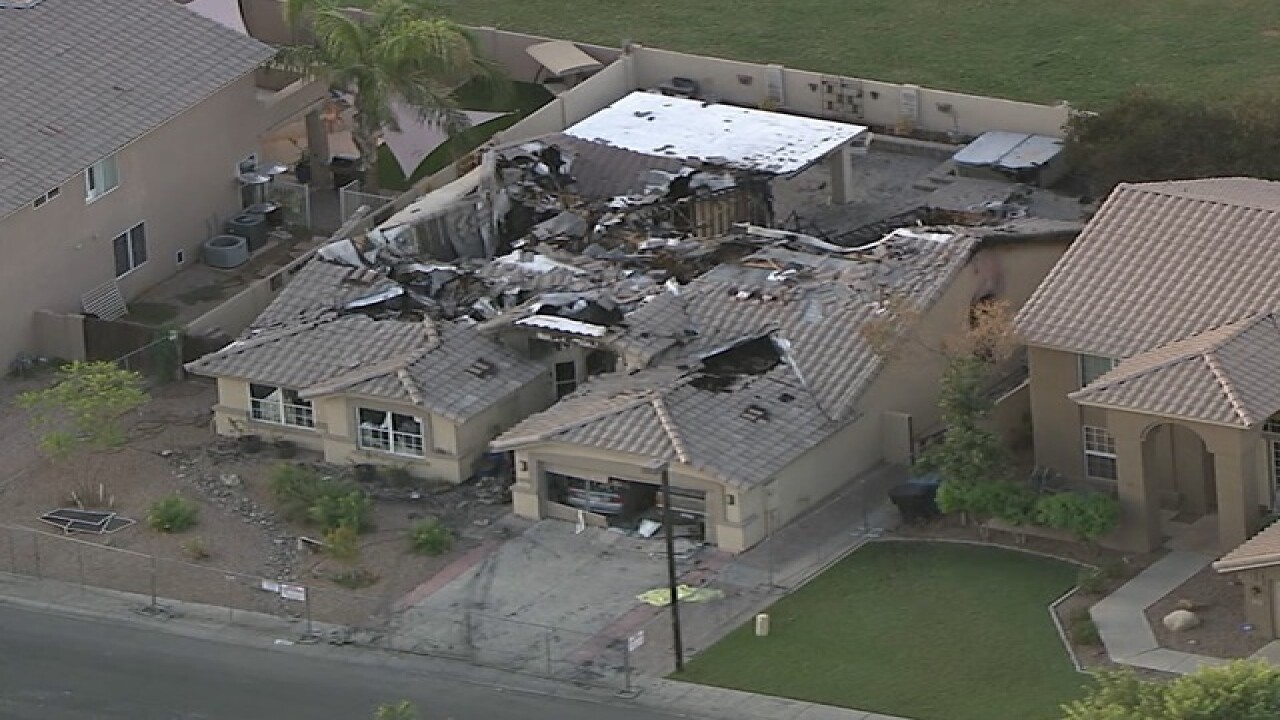 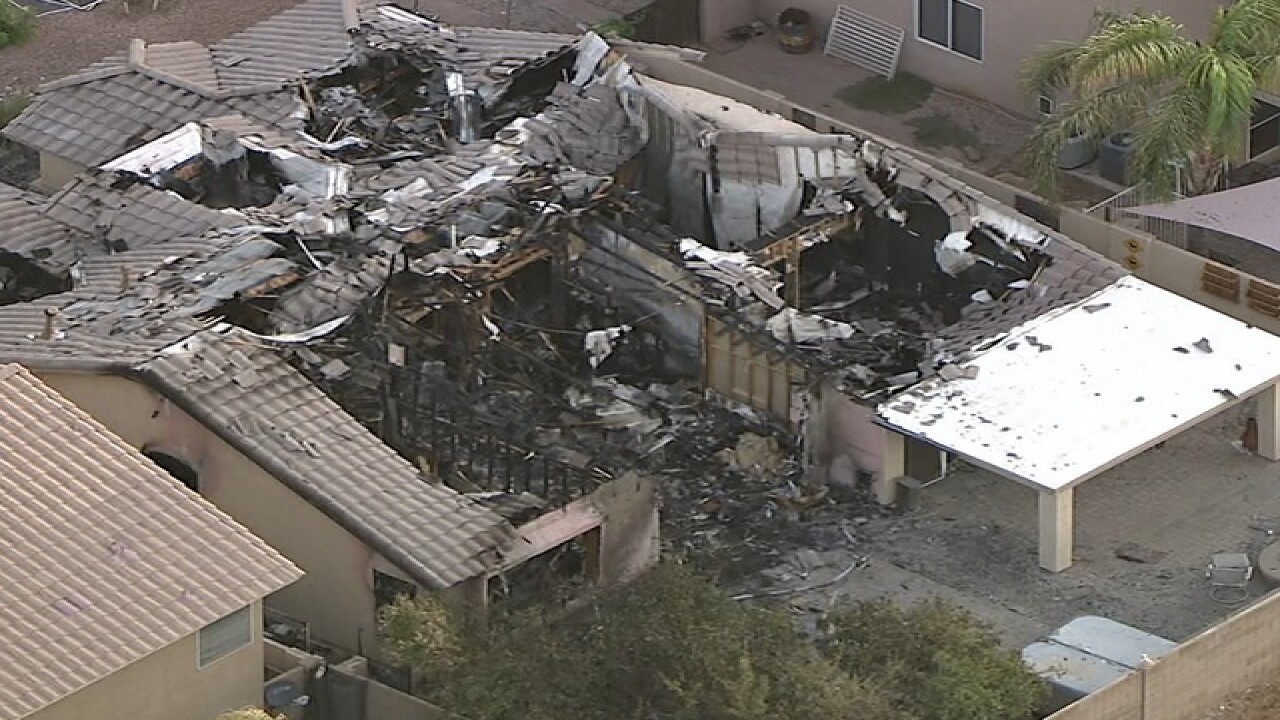 A pilot is being treated for minor burns and four skydivers escaped uninjured after a small plane crashed into a Gilbert home Saturday night.

@abc15 explosion in sky and fireball heading to the ground over northeast valley pic.twitter.com/4zk0HwmDj5

@abc15 A plane is on fire here in Gilbert, Arizona you might want to share this! #ABC15 pic.twitter.com/cZqcM4uKBA

The crash happened around 7:30 p.m. Saturday night near Ray and Gilbert roads.

An FAA spokesperson says the Cessna 182 plane crashed in the neighborhood during parachute operations.

The pilot is hospitalized with minor burns after landing half a mile away from where the plane went down, Gilbert fire officials said. Four skydivers ejected from the plane and landed safely.

According to officials, the pilot noticed flames on the wing before the plane went down. An FAA spokesperson said circumstances surrounding the crash are unclear at this time.

Two people inside the Gilbert home were able to get out unhurt after the plane crashed toward the back of the house.

A Gofundme account posted by a supposed family member of the pilot identifies him as Ryan Kilgore and states that he was injured, but is in the hospital recovering. We are awaiting official confirmation on the identity of the pilot, and haven't gotten any response directly from the family.

An investigation into the incident is ongoing.