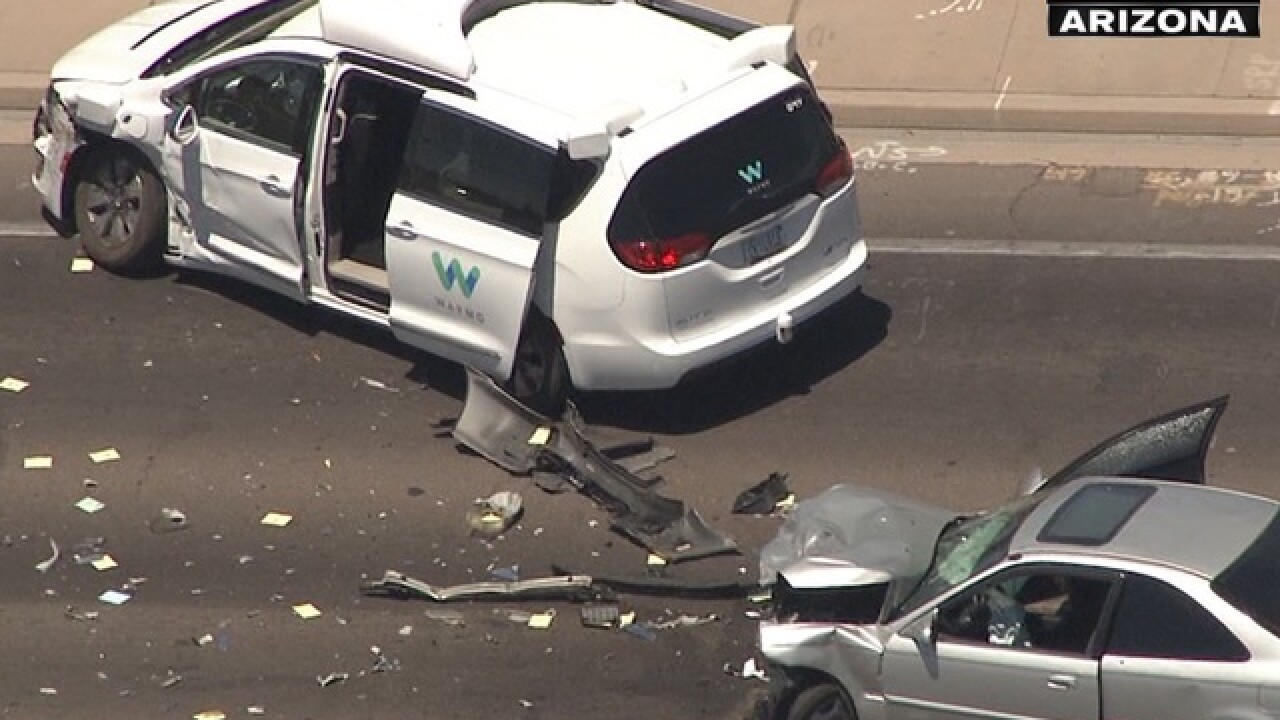 A self-driving vehicle operated by Waymo was struck and badly damaged Friday when a driver ran a red light in Chandler and collided with the van.

Air15 video showed significant damage to the self-driving van, as well as a silver sedan, after the collision near Chandler Village Drive and Chandler Boulevard.

On Saturday, Chandler police released more information regarding the crash saying that the Honda entered the intersection during a red light.

Chandler police said the Waymo van was in autonomous mode with an occupant behind the wheel at the time of the crash. The operator sustained minor injuries in the collision.

Police spokesman Seth Tyler said it is believed that this is the first Waymo collision in Chandler this year.

RELATED: Waymo gives 360-degree view of what it's like inside self-driving cars

This is the second known self-driving car crash in the Phoenix area in the past two months.

After the March crash, Waymo CEO John Krafcik said he was confident in his company's technology.

In November 2017, Waymo announced that self-driving cars would be tested in Chandler without someone in the driver's seat. Chandler police told ABC15 that an operator was behind the wheel at the time of Friday's collision.

“Today while testing our self-driving vehicle in Chandler, Arizona, another car traveling in an oncoming lane swerved across the median and struck our minivan. Our team’s mission is to make our roads safer – it is at the core of everything we do and motivates every member of our team. We are concerned about the well-being and safety of our test driver and wish her a full recovery.”