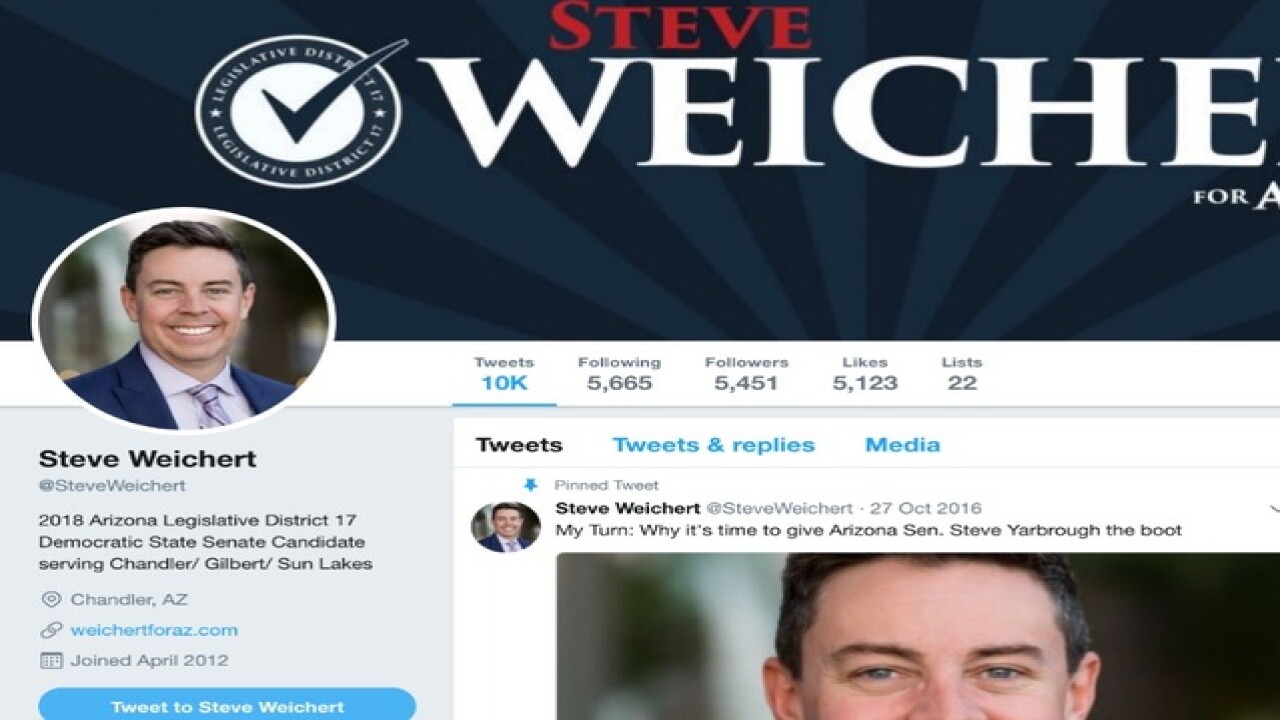 Talk about a crazy Monday.

Steve Weichert, who is running for District 17’s State Senate Seat in the 2018 election told ABC15 his Twitter account was somehow hacked.

“I use Twitter as my lifeline to the people that's why this is so disconcerting,” said Weichert.

“All of a sudden I just felt my phone blowing up. Somebody sent me a text saying ‘What are you doing?’ and I'm like ‘What? What are you talking about?’"

“I'm going, 'What?' It was a bad Monday,” exclaimed Weichert.

Weichert told ABC15 what followed was complete chaos between deleting retweets and trying to reset passwords as more kept popping up.

“It was kind of like that scene from I Love Lucy with the conveyer belt and the chocolate. Well, that's kind of how this was with pornographic images,” described Weichert.

Weichert posted an apology to his followers explaining the breach.

We spoke with Data Doctors about the breach.

Ken Coburn with Data Doctors tells ABC15 they recommend a two-step verification on all possible internet accounts as the best form of protection.

Meanwhile, Weichert said he’s filing a police report and has a few words for the culprit.
?
“Stop. This is my integrity on the line. We need to stop trying to attack politicians.”