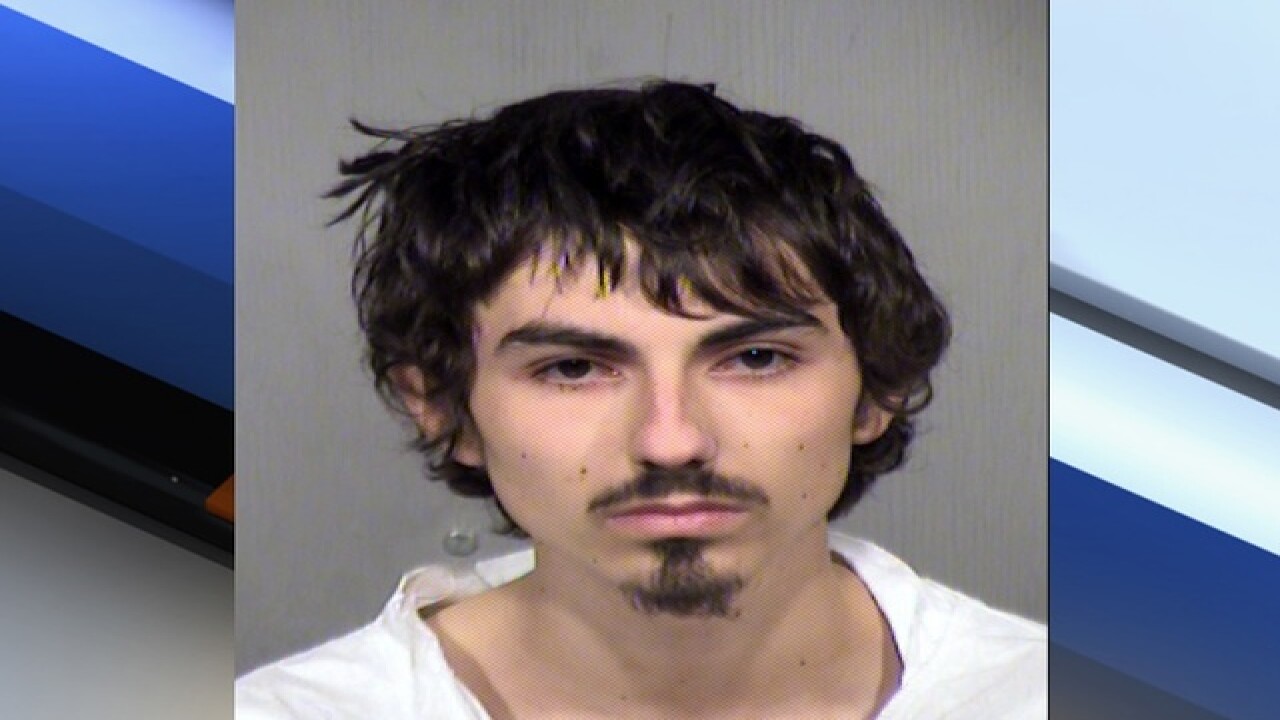 The man who claimed he shot and killed an intruder in Chandler has been arrested.

Chandler police said 19-year-old Nathaniel Thomas made up the story.

On Thursday, officers responded to an apartment complex near the Loop 101 and Chandler Boulevard. When officers arrived on the scene they found a man in his 20’s with a gunshot wound.

The man was pronounced dead at the scene and has since been identified as Gage Bodenheimer.

According to Chandler police, Bodenheimer was inside Thomas' apartment on Thursday morning with a large group of people.

Thomas allegedly pointed a handgun at the victim while he was asleep in an attempt to wake him up, he pulled the trigger but did not believe a round was in the gun, Chandler police said.

When the gun went off, Thomas called 911 and made up the intruder story.

Thomas was booked into jail on second-degree murder charges on Thursday afternoon.

It is unclear whether Thomas and Bodenheimer knew each other or were acquaintances.

"He's been around guns his whole life. In fact, it's known (that) he always has a gun on him," Chandler Police Det. Seth Tyler said. "Mr. Thomas believed that he unloaded his weapon. He removed the magazine and he believe he cycled the round out of the chamber."

Bodenheimer's mother, Jennifer Fisher, said she had suspected that Thomas' story was false.

"I knew that wasn't true. He's never been in trouble," Fisher said. "(My son) was a hugger, the touchy feely guy, that every time he saw me he would hug me. I just want him to come back through the door."

Fisher said she believes Thomas was "just being stupid and careless."

"He's just a kid, he's just a kid himself and even though I'm going through this and I lost my son. He's going to lose something too," she said.

A GoFundMe account has been set up to help pay for Bodenheimer's funeral expenses.