Chandler residents coming together after donut shop struck by car 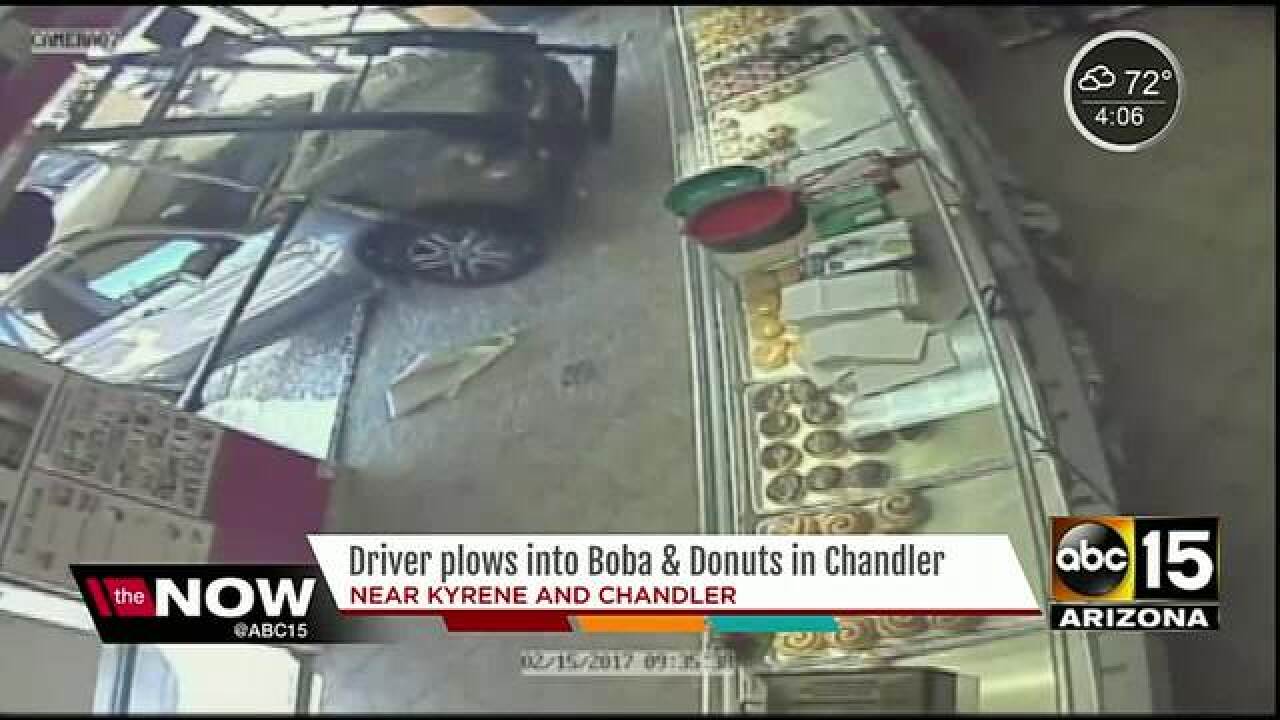 The owners of a mom and pop donut shop are left to pick up the pieces after the driver of a BMW slammed through their storefront Wednesday morning, backed up their car and took off.

"I didn't expect when I came in, when I saw glass all over the place, and I just thinking...I didn't know what to do,” Owner Melissa Year said.

Now, the storefront is boarded up, and the front door is in the back.

Year and her husband have owned Boba & Donuts for almost four years, and she hopes this setback doesn't turn her customers away.

But community members are already stepping up.

"We saw an opportunity to help out a business that's going to be hurting because they have no storefront and decided to organize one of our usual cash mob events around this particular business,” said Matthew Coates, who runs the Living Chandler Facebook community group.

Coates said they organized the “cash mob” to flood the shop with support on Friday with customers planning on stopping by throughout the day.

Thankfully, no one was hurt. Customers had just left and Year's husband was in the back.

"I hope they find who did this in the near future," Coates said. "It's just absolutely horrible, and there's just no excuse for that."

Year said her business has insurance, but she has to pay a deductible and that’s money she doesn’t have.