Police search for man who fired shot inside Chandler Goodwill 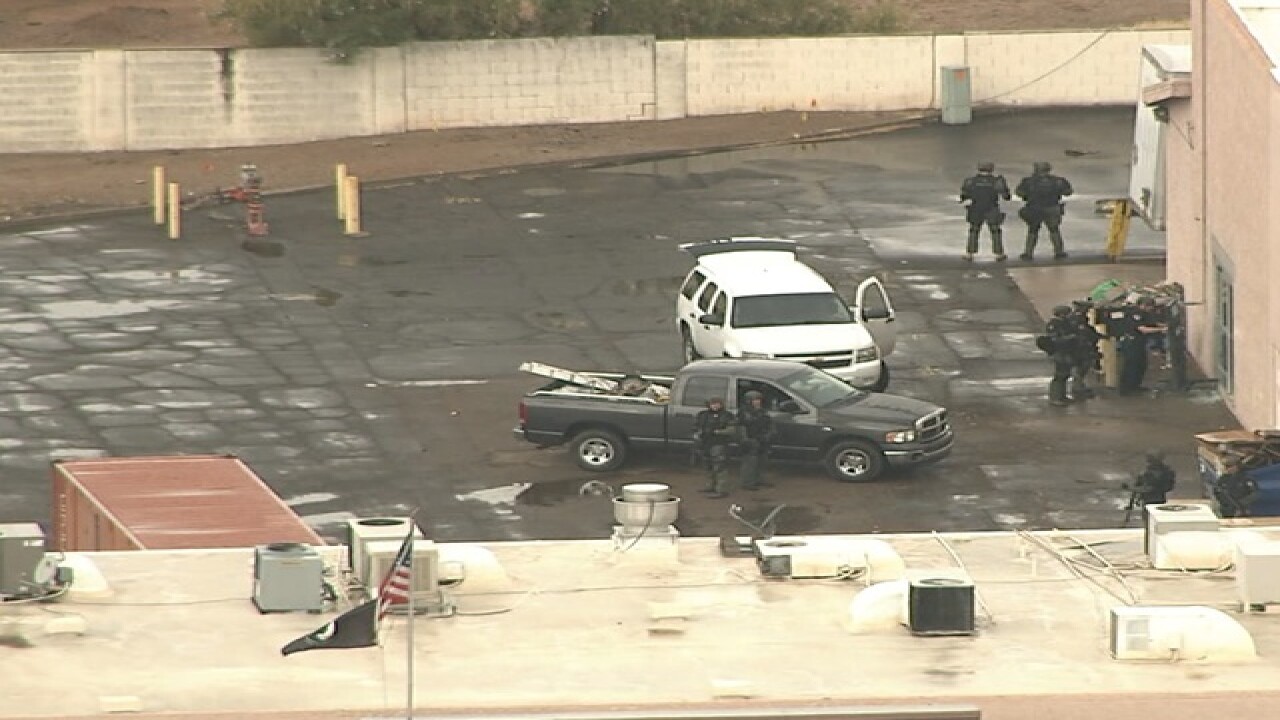 Chandler Police cleared a store in a strip mall Thursday morning after reports that a man had fired a shot inside one of the stores.

The incident happened at a Goodwill thrift store near Alma School and Ray roads around 7 a.m.

Chandler police said employees arrived at the store and encountered a subject inside. The employees told police the man had a gun and fired a shot into the air.

All of the employees were able to exit the building safely and call police.

Goodwill managers and police are praising the employee for following his safety training and added that his actions could have saved his life.

Courtney Nelson, the Vice President of Marketing at Goodwill Industries, said the store would be closed for the day out of consideration for its employees.

"We are very thankful it ended the way it did. Our store manager, he was able to exit without any harm. He is safe today," said Nelson.

Chandler Police Detective Seth Tyler said the SWAT team was mobilized, and officers methodically searched the building, along with neighboring businesses in the strip mall. They had to evacuate the shopping center as a precaution.

"This is a burglary scene, a crime scene. We're looking for fingerprints, anything we can find that ties physical evidence to this individual," said Tyler.

Officers did find signs of forced entry into the business.

The suspect could face charges of aggravated assault and first-degree burglary. Police hoped to release surveillance video by Monday.

The SWAT team showed up to the scene and cleared neighboring buildings.

According to police, the suspect was never found.

Police have released a picture of the suspect and encourage anyone with information to call the Chandler Police Department.

The suspect is described as a Hispanic male, around 35 years old, approximately 6'0", 190 lbs., seen wearing a grey shirt, grey pants and a tan cap.