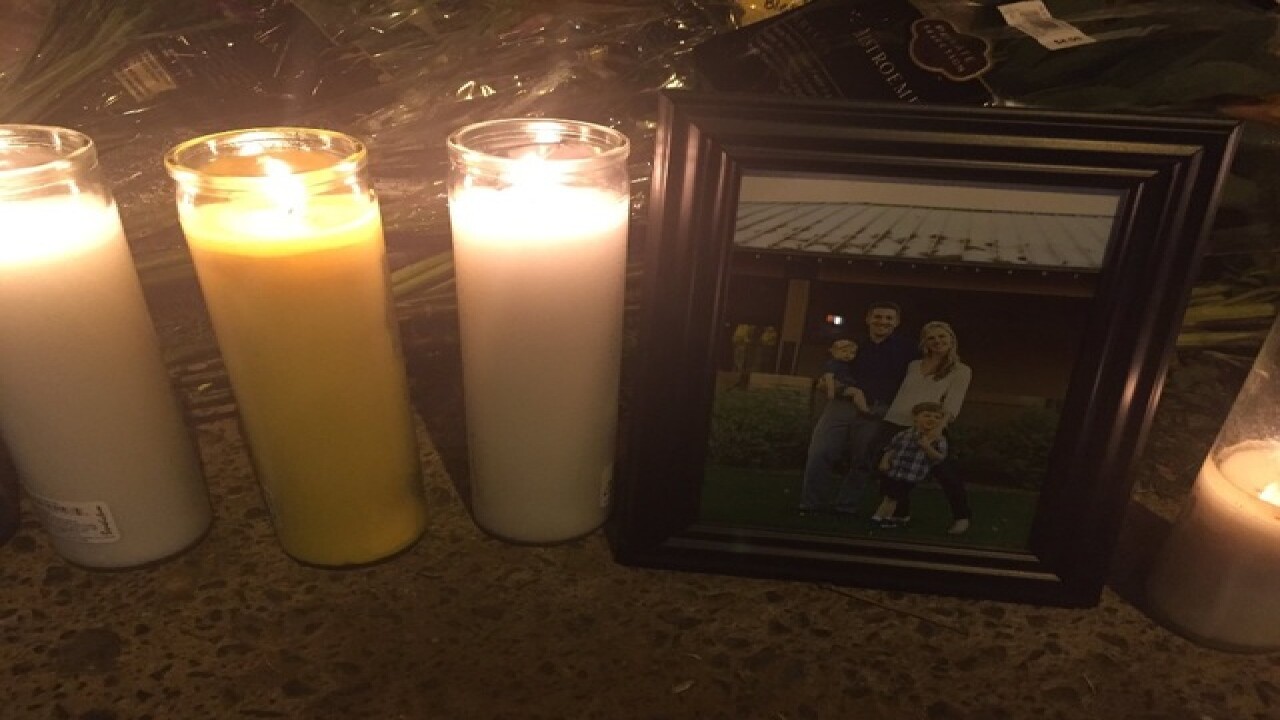 A family's life was changed forever at the intersection of Ray and College in Chandler.

Witnesses told police 31-year-old Pamela Hesselbacher and her 1- and 3-year-old kids were crossing the street when a truck blew through a red light.

Hesselbacher was killed. The kids--alive and rushed to a hospital.

"If something like this happens, and it was a red light, the person should be incarcerated at this point," said Tom Escobedo, who lives nearby.

But he's not. The accused driver, 39-year-old William Epperlein, didn't spend a night in jail. In fact, he answered the door at his home Sunday.

According to Chandler police, it's not uncommon for these kinds of suspects to be booked and released pending charges.

If Epperlein would've run the red light and been pulled over by an officer, he would've been ticketed and sent on his way. But because Epperlein is suspected of causing death and injury, while on a suspended license, it's considered a felony.

But the seriousness of that charge is still not enough to get Epperlein behind bars until he's charged because police don't consider him a flight risk or a danger to the public, according to Det. Seth Tyler with the Chandler Police Department.

"When you look at it, the optics of it are very troubling, but this is how the system works," said Attorney James Goodnow, a legal analyst.

A court date has not yet been set for Epperlein, according to the Maricopa County Attorney's Office.

Family, friends gather to remember Pamela Hesselbacher, 31, at intersection where she was killed by possible red light runner. pic.twitter.com/VOkNFkyhSO

At a gathering Monday night, neighbors paused at the site of the crash to remember the young mother. Those who walk the same streets every day can't help but think it could've been any one of them.

According to Hesselbacher's family, the 1-year-old girl is in a coma, and the 3-year-old boy has a broken arm and hips and is expected to come out of the ICU soon.

A GoFundMe account set up to help the family pay for medical expenses quickly exceeded its initial goal and had raised more than $43,000 as of Monday night.