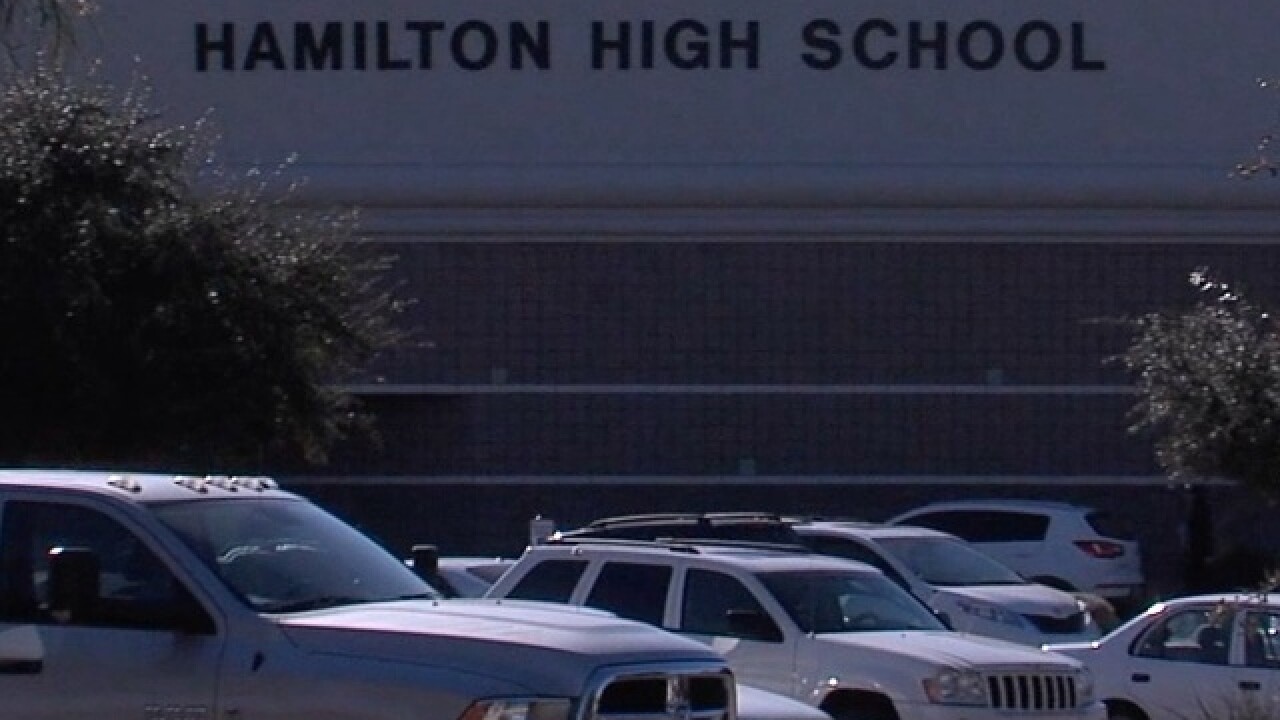 The principal, athletic director, and coach at Hamilton High School have all been reassigned within the district amid an ongoing sexual assault investigation involving the school's football team.

The new roles filled by principal Ken James, athletic director Shawn Rustad and coach and teacher Steve Belles will not be on the Hamilton High School campus, according to a Friday release. The new assignments go into effect on Monday.

The decision was made days after Chandler police said they are now investigating six students who claimed to have been sexually assaulted by players of the Hamilton High School football team.

A letter was sent to parents that said in part:

"While none of the employees have been charged, it could be some time before the Maricopa County Attorney’s Office decides how it will proceed. Therefore, to avoid any distraction caused by this uncertainty, the District administration and employees believe that reassignment is the best course at this time. Mr. Chris Farabee will serve as acting principal and Sharon Vanis will serve as acting athletic director...A teacher will assume responsibility for Mr. Belles’s classes."

ABC15 reached out to Steve Belles' attorney, Dennis Wilenchik for a comment about the move. Wilenchik said he cannot comment on the school's actions but is hopeful "this matter" will be put to rest soon.

Any adverse actions against the Coach over the wrongful allegations of misconduct against him by anyone will be dealt with appropriately and when appropriate by us. thanks for the information.