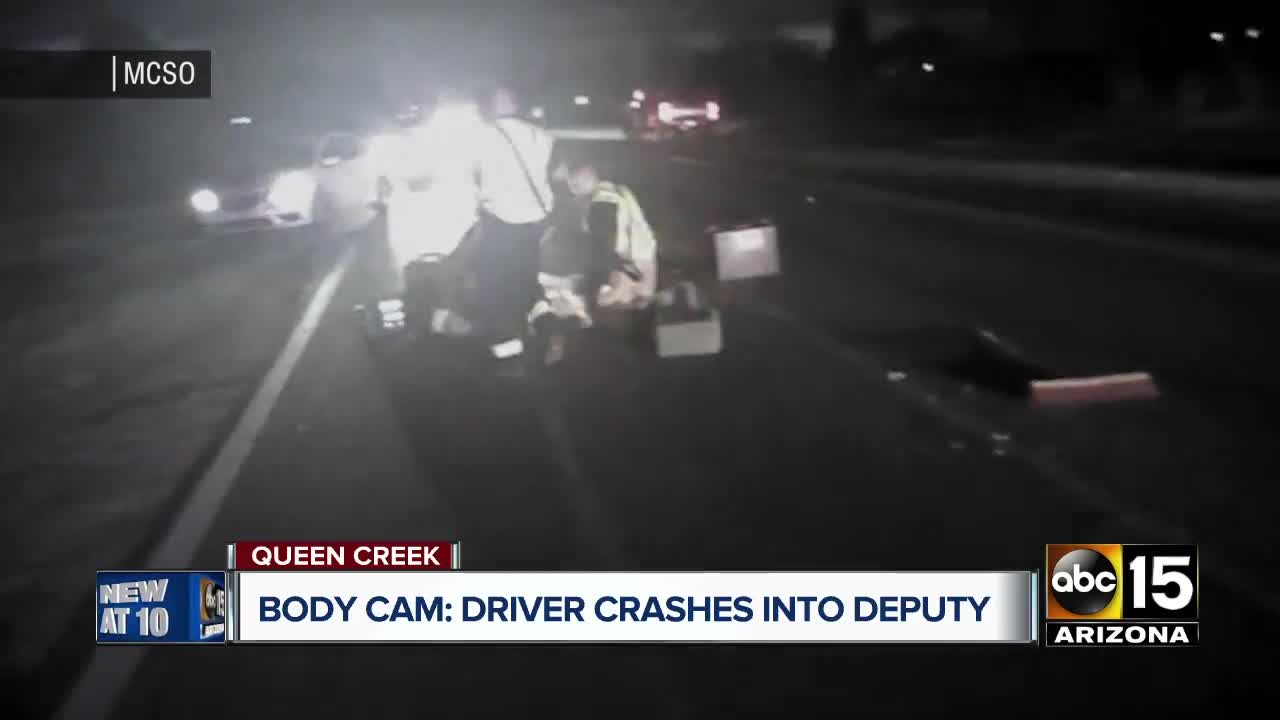 QUEEN CREEK, AZ — The Maricopa County Sheriff's Office has released body camera video from an incident where one of its deputies was hit by a car earlier this year.

The deputy responded to a crash in Queen Creek back in January and was clearing debris when a car hit him.

Deputy Armando Gomez suffered four broken ribs and a concussion. Officials say is okay now, but have not said if he is back on patrol yet.

The driver received a traffic citation but was not arrested.

See video of the incident in the player above. *WARNING: The footage may be considered graphic by some viewers.*