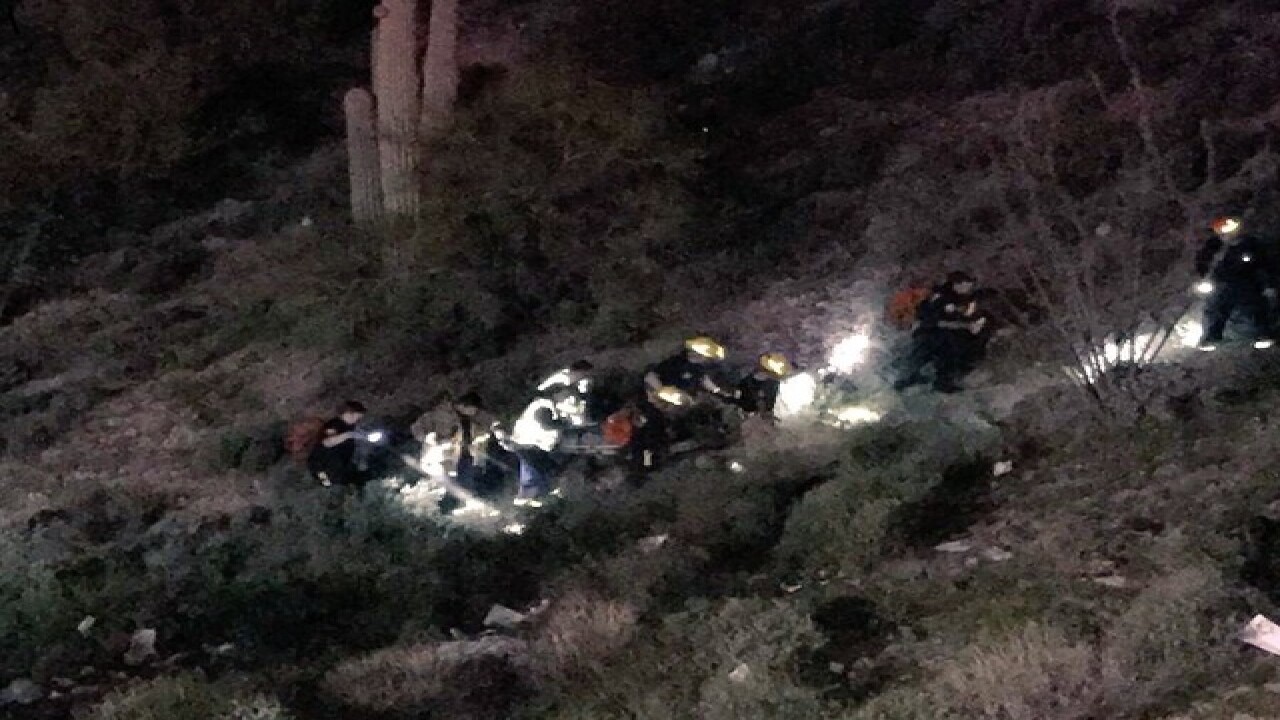 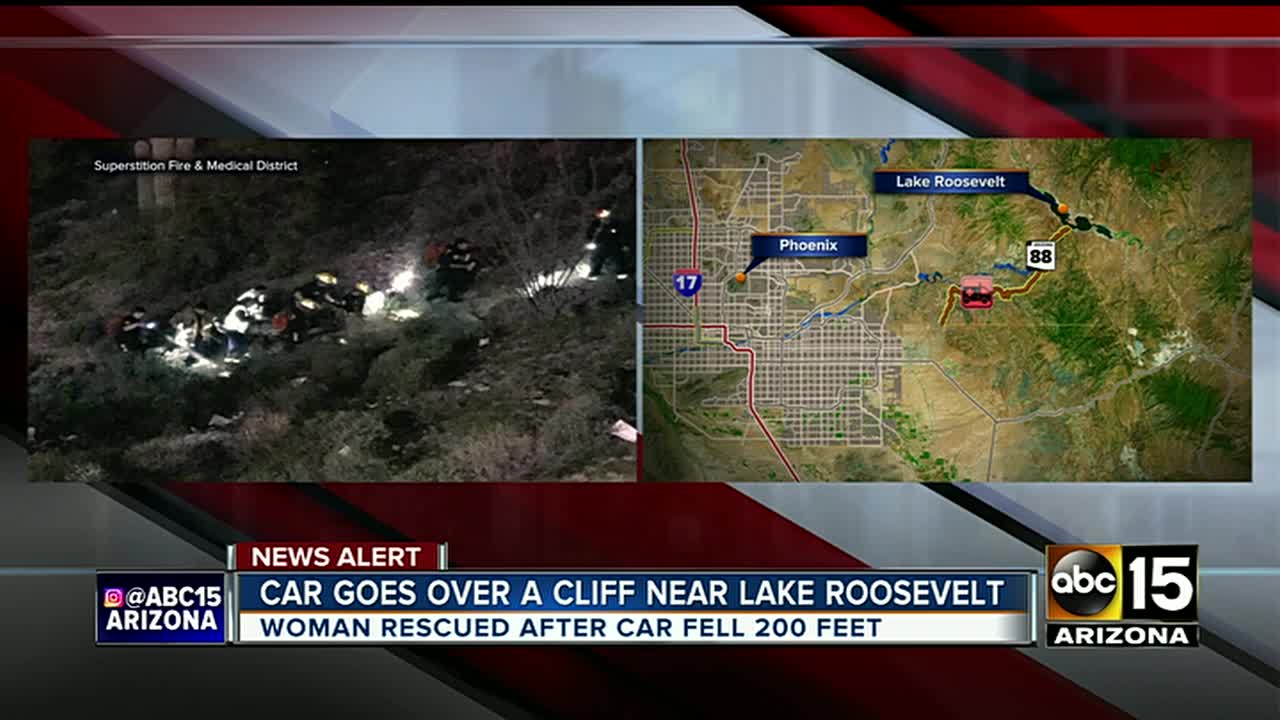 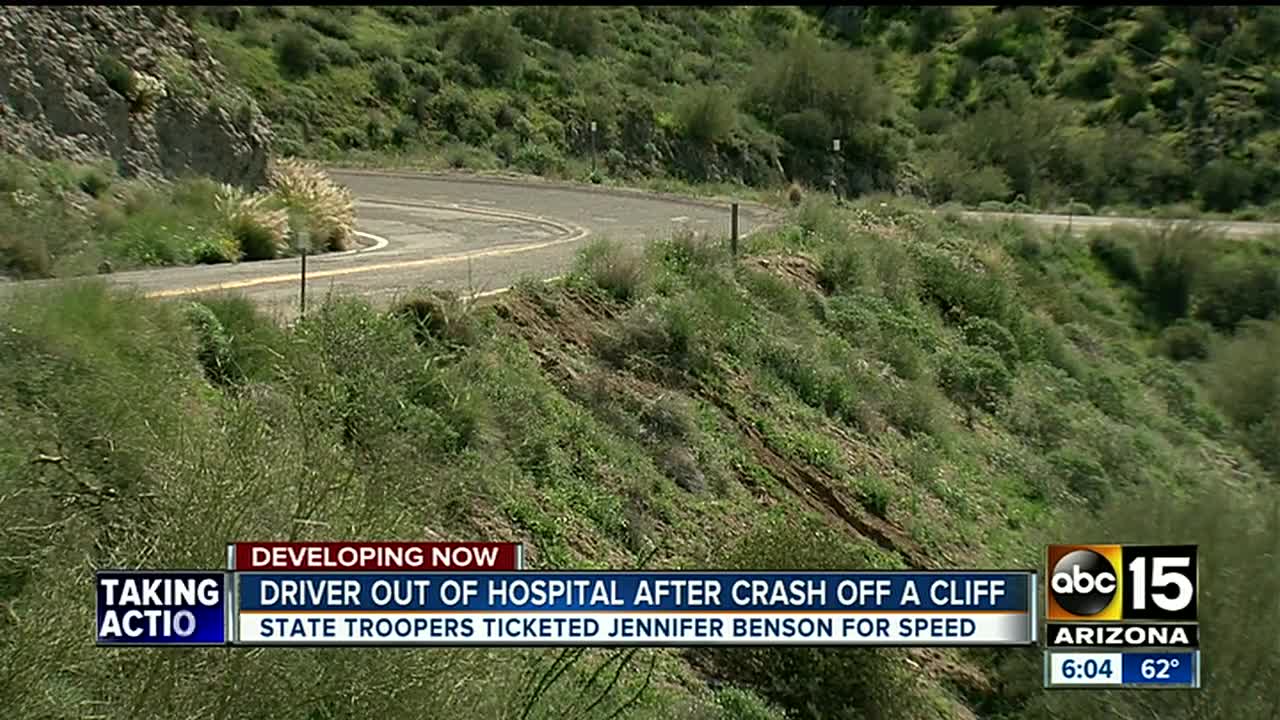 A woman is lucky to be alive after driving her car off a cliff near Apache Junction.

Authorities responded to reports around 8:15 p.m. on Thursday after a car went down a hill on State Route 88 near Willow Canyon Trailhead.

The Arizona Department of Public Safety said, 47-year-old Jennifer Benson passed a vehicle around a curve, could not make it back into her lane in time and drove off the shoulder in a deep ravine about 275 feet down.

The vehicle rolled at least one time and came to a rest on its roof.

According to DPS, Benson was wearing her seatbelt, but the airbags did not deploy properly. Passing motorists were able to get the driver out of the vehicle. She was transported to the hospital with injuries to her hands and arms.

Benson was not impaired and was cited for speeding.