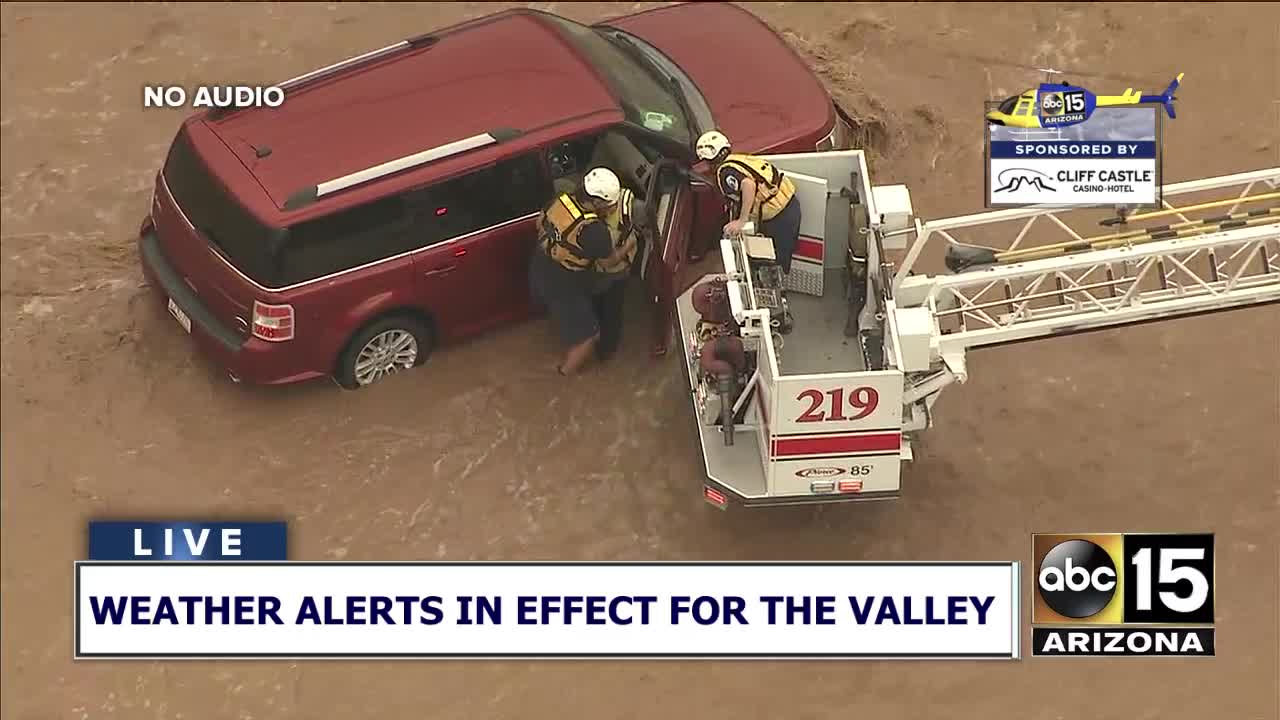 Crews rescued one person from a vehicle in Apache Junction. 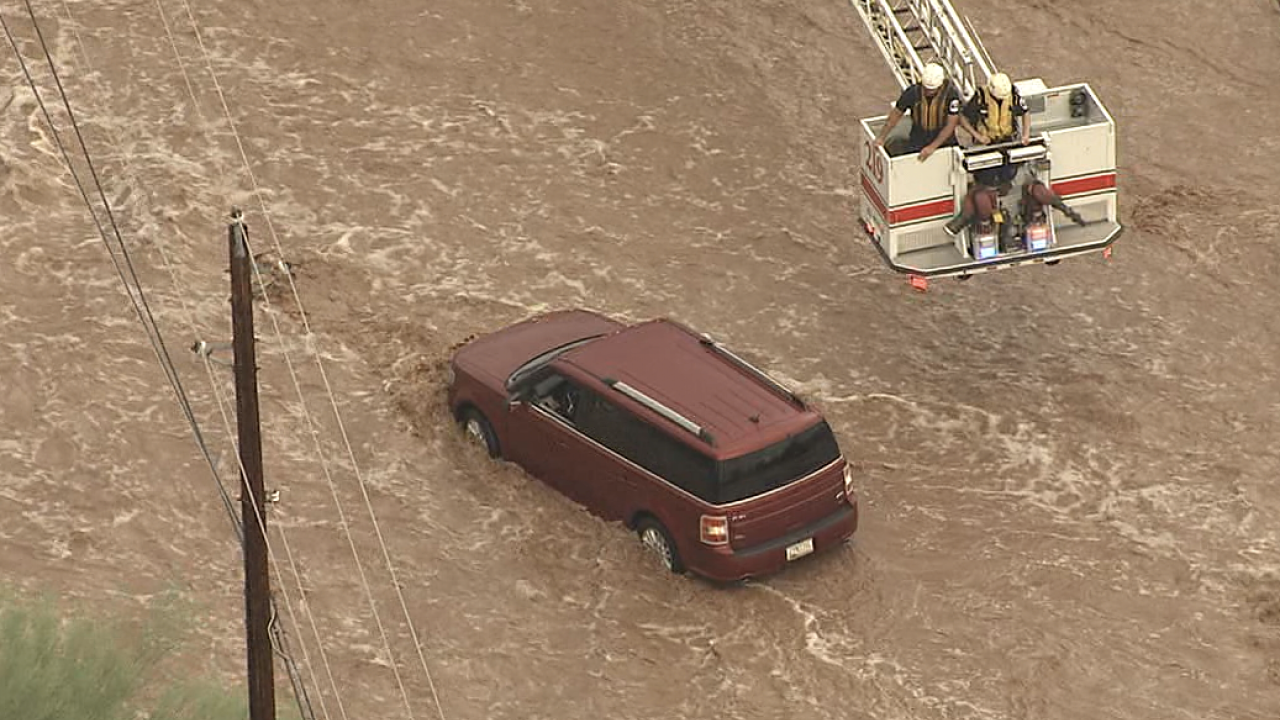 APACHE JUNCTION, AZ — Officials in the east Valley have been called to multiple water rescues Monday morning amid heavy rainfall in the area.

Superstition Fire and Medical Department tweeted that a mother and young child were safely rescued from a vehicle near McKellips Boulevard and Main Drive, near Ironwood Drive.

ABC15 was over a scene nearby where fire officials with a ladder truck lowered crews over the rushing water to get to a red vehicle that was completely surrounded by water. One person was seen being taken to safety.

SFMD says there were five water rescue calls in Apache Junction as of 8:20 a.m.