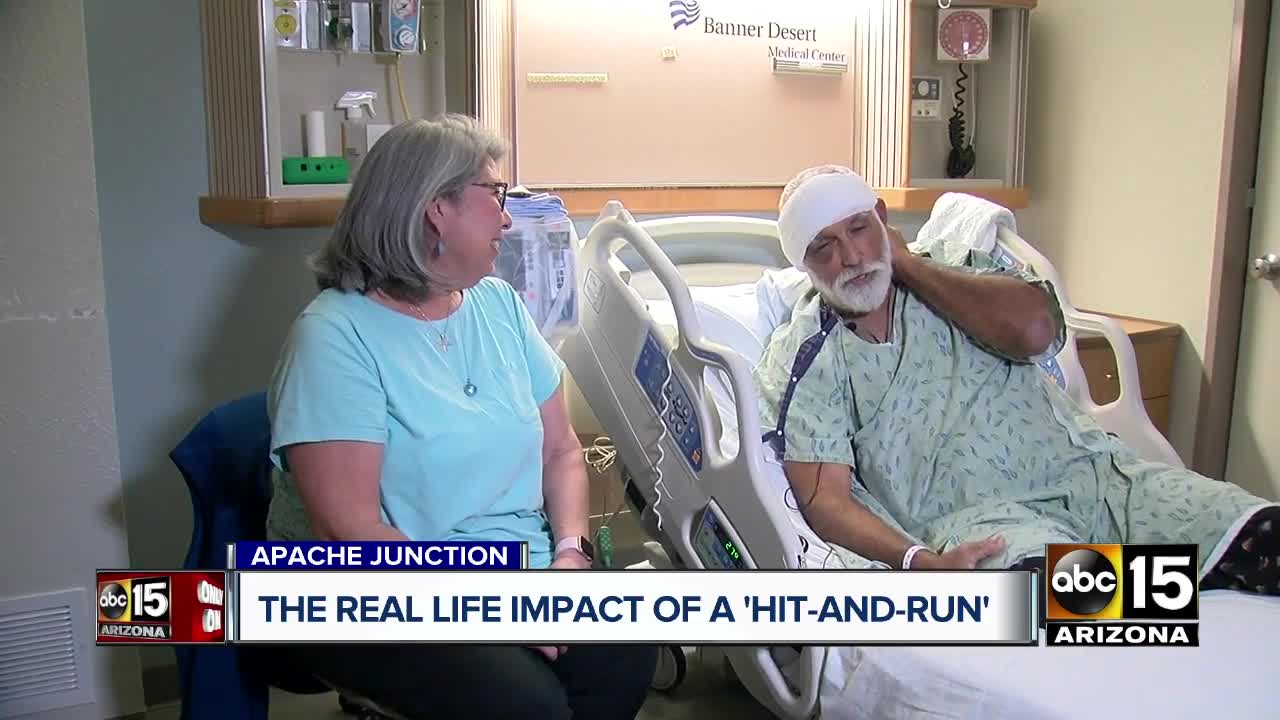 Dave Dutra and his 8-year-old dog Sugar riding in a basket behind him were launched into the air on impact according to witnesses. APACHE JUNCTION — Dave Dutra hasn't had much time to celebrate the New Year.

He was riding his bike off Meridian Road and Southern Avenue in Apache Junction last Thursday when he was hit by a car. Dutra and his 8-year-old dog Sugar riding in a basket behind him were launched into the air on impact according to witnesses who saw the car that struck them take off.

“It was following a slower-moving truck," said Dutra's wife, Julie. She said the car drove onto the shoulder to try and get around the truck, hit Dave and then swerved into oncoming traffic before driving off.

“Who would leave somebody to die in the middle of the road?" asked Dutra. "I guess they didn’t think I was worth it, they didn’t know me."

The Dutras were visiting Arizona on their trip across the country. The two say they sold their home in Southern California for an RV, with a goal of visiting every one of the 50 states.

“I’ve got a lot more to offer and I’m grateful that I’m not dead," added Dutra.

Doctors say Dutra suffered a concussion, torn spleen, fractured wrist, and his ear is almost completely detached- but overall- he was lucky he survived.

Days later though, Dutra's pain is so intense, he returned to the hospital, where doctors say he suffered a stroke.

“I would love to have him or her come forward," he said. "It would do my soul good knowing that okay you made a mistake but you got scared or whatever it was.”

Witnesses say the car that struck Dutra was white with its passenger side mirror ripped off.

If you have any information, please call police.