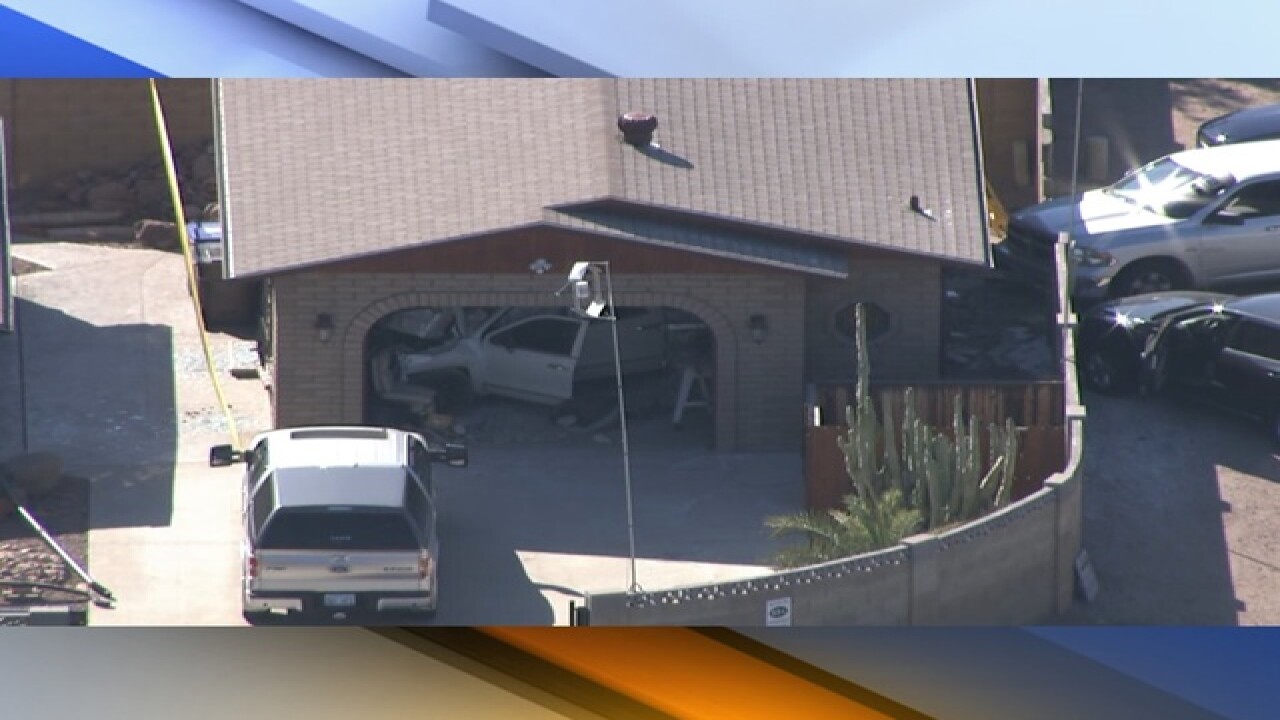 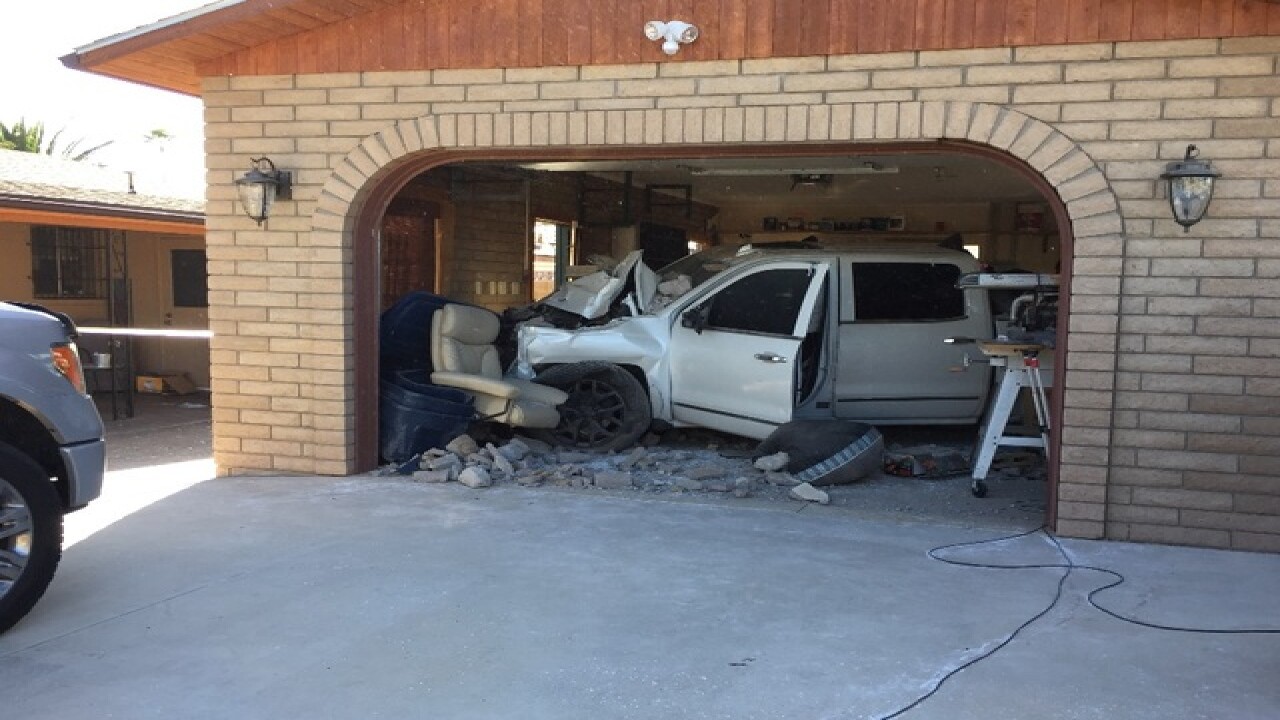 A police pursuit that began in Mesa ended in Apache Junction after the suspect's car crashed into a garage.

According to a spokesperson for Superstition Fire and Medical District, reports came in around 3 p.m. Friday after a vehicle hit the building near Broadway Avenue and Ironwood Drive.

Before the accident occurred, a driver allegedly rammed into two police officers' cars. Authorities called off the car chase because the armed man was dangerous on the roads, officials said.

However, shortly after the man crashed into the detached garage and barricaded himself inside.

The Department of Public Safety had been investigating the man since January who is believed to be connected to a series of crimes in San Tan Valley and Avondale.

The suspect was allegedly involved in burglaries, thefts and aggravated assault of a police officer, a spokesperson for the U.S. Marshals Service told ABC15.

The man was transported to Chandler Regional Hospital after suffering an injury, a fire spokesperson said. The person was also struck with a bean bag gun by authorities.

The vehicle is believed to be totaled and the garage sustained significant damages.

Homeowner  Mike Thornton said luckily the garage is replaceable and it could've been much worse.

"I'm very glad that nobody was hurt," Thornton said. "It's just stuff that was damaged."

"Before long, I heard a popping sound and then I realized there was police all about," Thornton said. "The police started yelling at us to get out of the house. So we went out to a neighbor's house and stayed there until it was over.

The U.S. Marshals Service said they did arrest an individual in connection to the incident. However, because it's an ongoing investigation, they were unable to comment any further.

No additional information was released regarding the incident.