"Snowplow parenting": What does it mean? 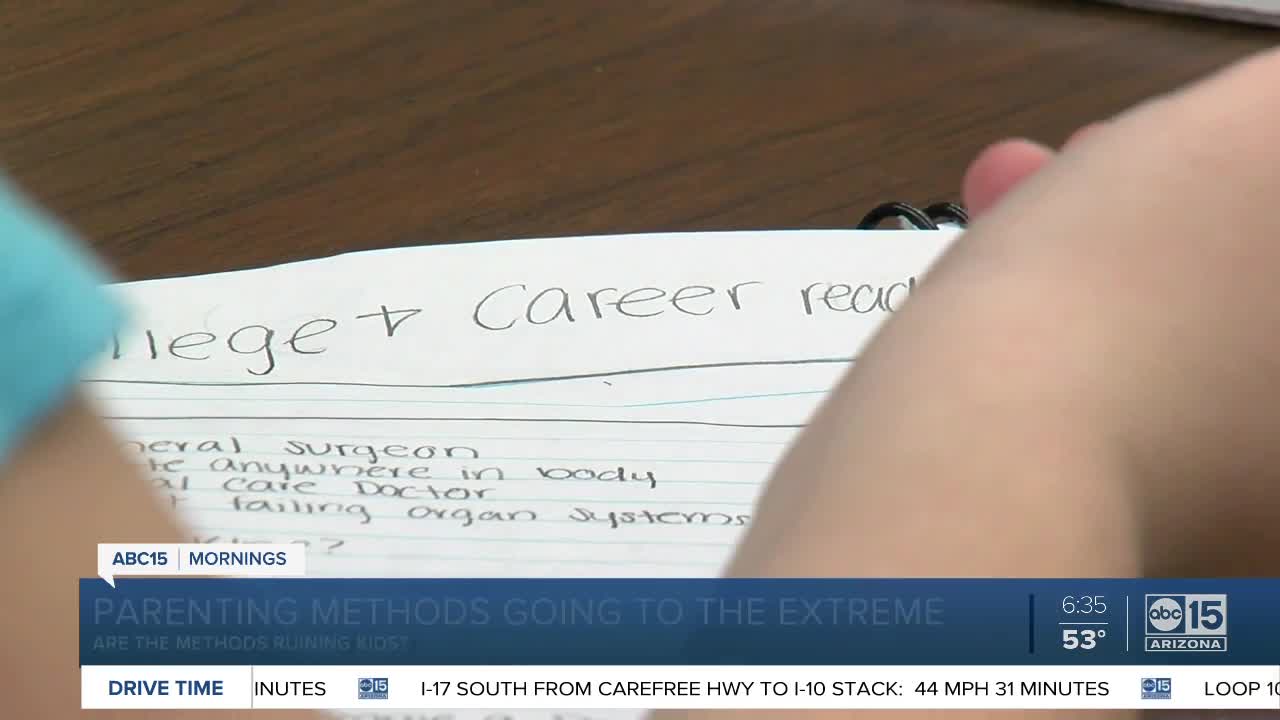 Helicopter parents. Lawnmower parent. Now, people can add "snowplow" parents to the list. What exactly do these adjectives mean when it comes to parenting?

What exactly do these adjectives mean when it comes to parenting?

Helicopter parents are constantly hovering over their kids, trying to schedule their lives.

Lawnmower parents are doing everything for their kids, like homework and advocating for them at school instead of allowing them to do it for themselves.

The newest term is "snowplowing" parents. Here is what that means:

"Snowplow parenting is where [parents] are just plowing through everything for them, writing college essays, taking them food at college are some examples," said Katey McPherson, an expert in kids social and emotional well-being.

"I've definitely had times when I've spoke to a parent and the parent is like I don't understand why this test has to be this way, like isn't there a way that you can postpone because of X,Y, and Z, asking for more things that I would expect that the kid could ask for," she said.

"We really are afraid of the world. We believe this is an unsafe place so I'm going to hunker down, I'm going to protect my babies I'm going to carefully engineer play dates, club soccer schedules, junior high, high school path to college. etc," she said.

According to McPherson, here are some of the ways overparenting is exemplified in our children:

"They are coming home because even though they can rock a 4.5 [gpa] at ASU's Barrett Honors [College], they don't have the life skills to deal with a mean roommate or a mean professor or any adversity in their life. They simply don't have the coping skills," said McPherson.

We spoke with several educators and experts at Imagine Prep and all of them said the same thing: failure is, and will always be, part of success.

"I think back on my life and the challenges that I faced have really helped shape me as a person and have taught me so much that I wouldn't have learned any other way," said Principal Julia Reed.

McPherson said the learning experience that comes from conflict and resolution is not something parents can "plow" away from their kids lives.

"When parents allow kids to fail and have a voice and use that voice to advocate for themselves, their resilience goes way up," she said.