'It took me and threw me out there like a kite': Man recounts being swept in flood waters in Apache Junction 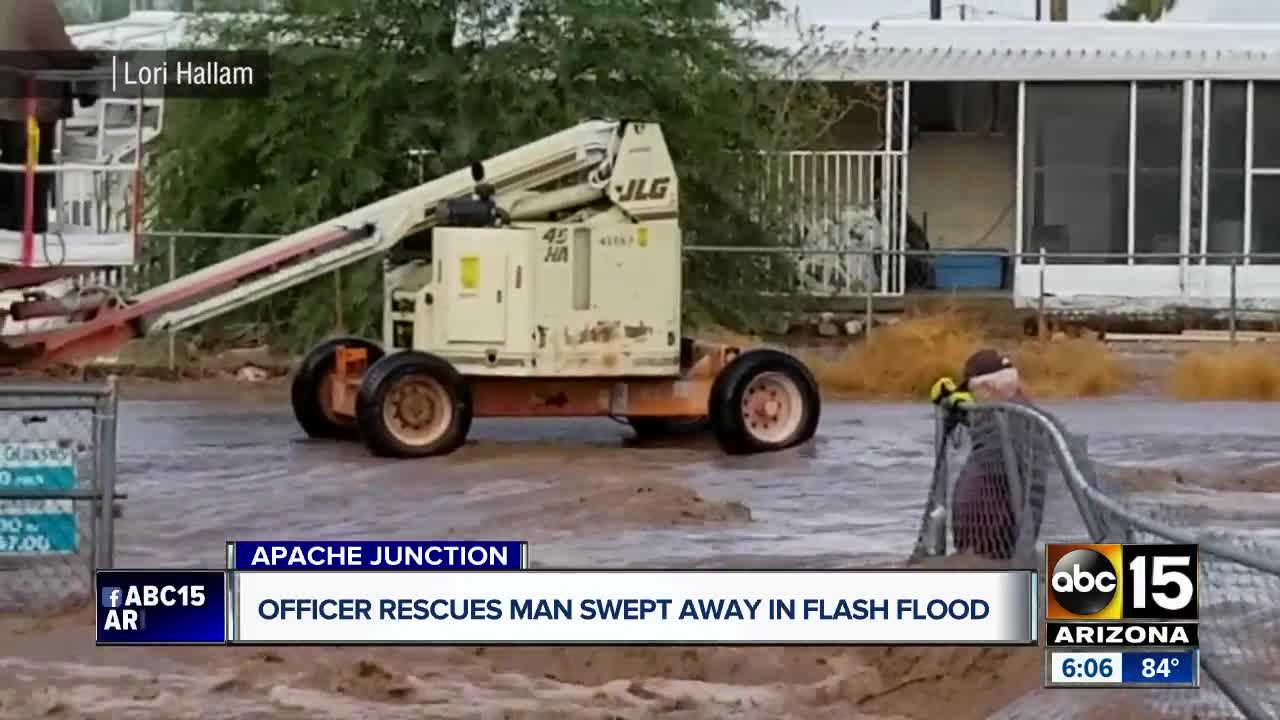 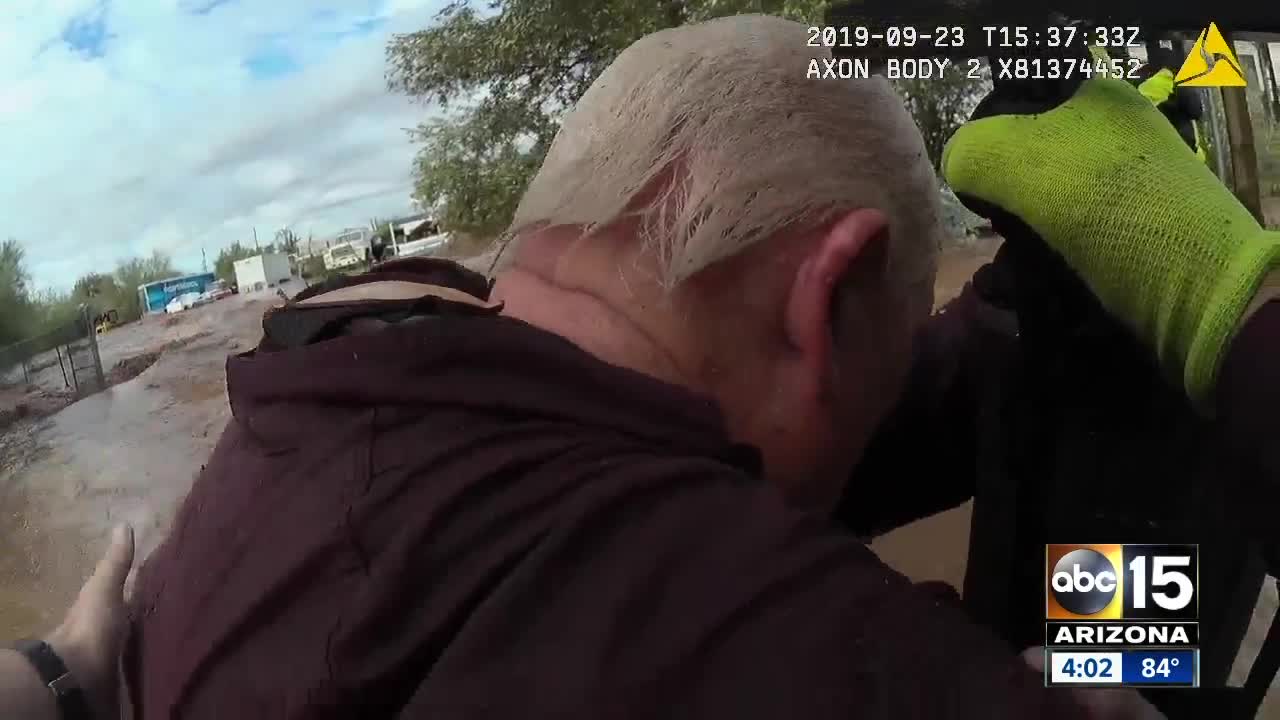 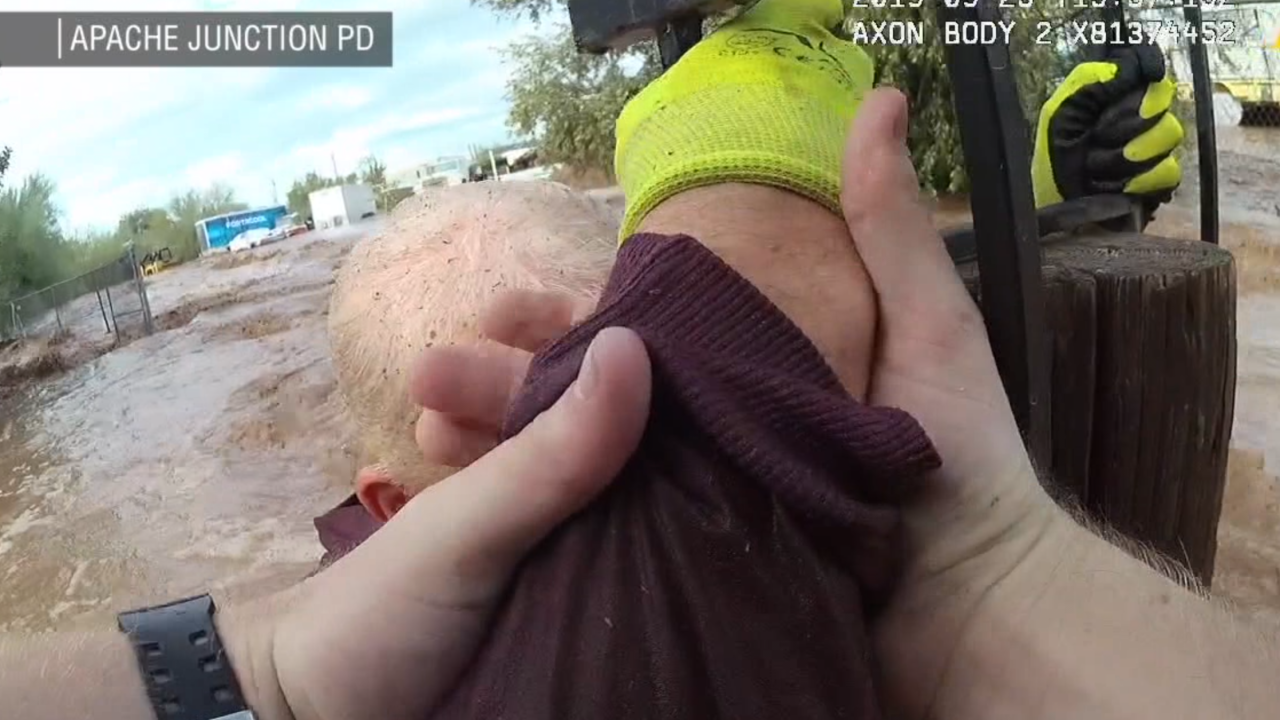 "A big board came along and it came up. It had nails and pinned me up against the fence," Daniel Abbott, 83, told ABC15 as he sat at his front porch on Friday afternoon.

The dramatic rescue of Abbott was caught on body camera footage from Officer Cameron Kellogg, who was called out to help rescue Abbott.

"I just wanted to make sure we got to him before he would let go," said Officer Kellogg.

Daniel told ABC 15 he decided to go outside, wearing boots and gloves, after the storm to help his wife remove some debris that had been left by the storm when both were caught off guard.

"I have two bad knees," said Abbott, who is a veteran with the U.S. Marines.

"I thought I was gonna drown. That simple," he said.

Daniel said his wife was also washed away but, thankfully, a neighbor was able to pull her out. He said his neighbor had a tree business and tried using his equipment to rescue him, but it was nearly impossible.

"And that pressure took my leg [and] threw it out twisted. I thought it was sprained, but at the emergency room they found out it was broken," he said.

It took roughly 20 minutes to rescue Daniels, from the minute the 911 came in to the eventual rescue, said Kellogg.

"It takes forever to get there because all the roads were flooded," Officer Kellogg said.

The current was so strong that Daniel said the water brought debris from other homes upstream with it.

"It took me and threw me out there like a kite and I'm hanging on to the fence," he said.

Officer Kellogg said: "He was holding onto 3 separate ones [fences]. The first one gave [out], the second one he was halfway underwater, and the third one is where I got to him," said Kellogg. "That's why most of us grow up wanting to be cops; for stuff like that to do stuff like that."