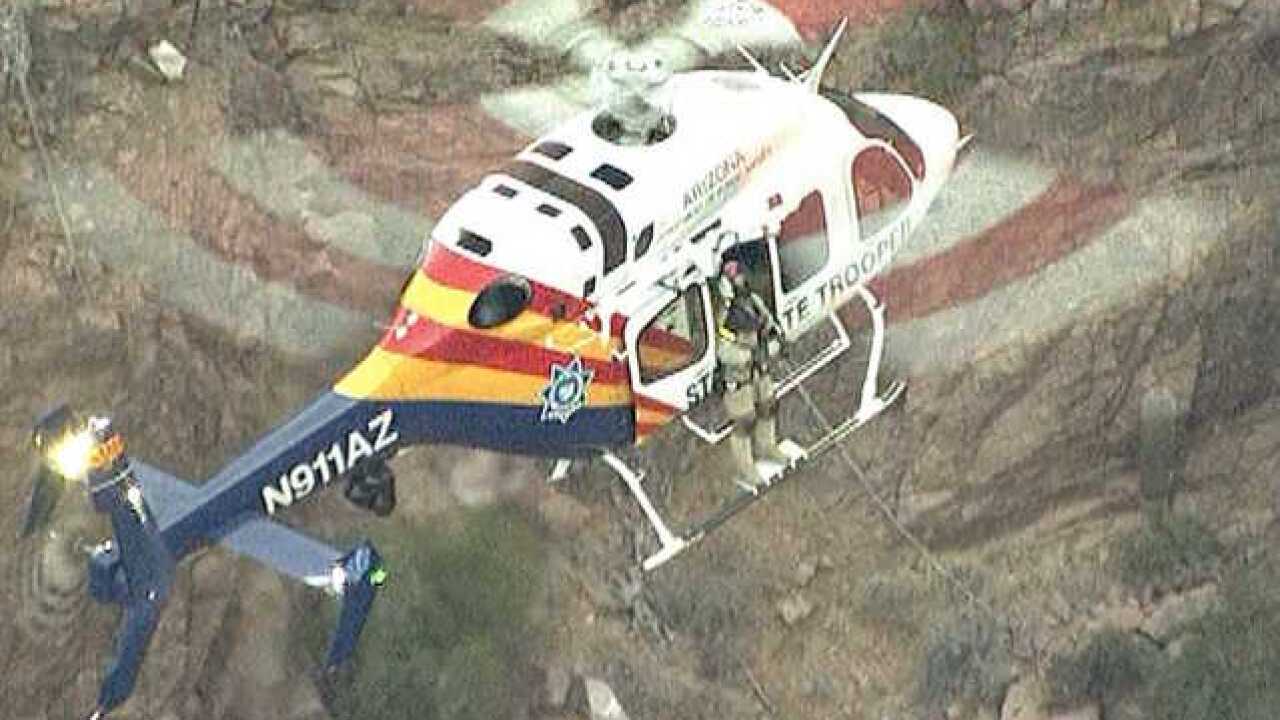 A police helicopter rescued three hikers who were stranded and spent the night in the Superstition Mountains east of Phoenix after one of the hikers was reported to be in distress.

The Arizona Department of Public Safety helicopter used a rescue hoist to lift the three hikers Wednesday morning from the area of Siphon Draw Canyon and Flat Iron Ridge.

DPS spokesman Bart Graves says help was sought for the hikers Tuesday evening but a trooper-paramedic airlifted to the site determined it'd be safer to do the extraction during daylight.

Rescue personnel spent the night with the hikers and also were extracted by the DPS helicopter.